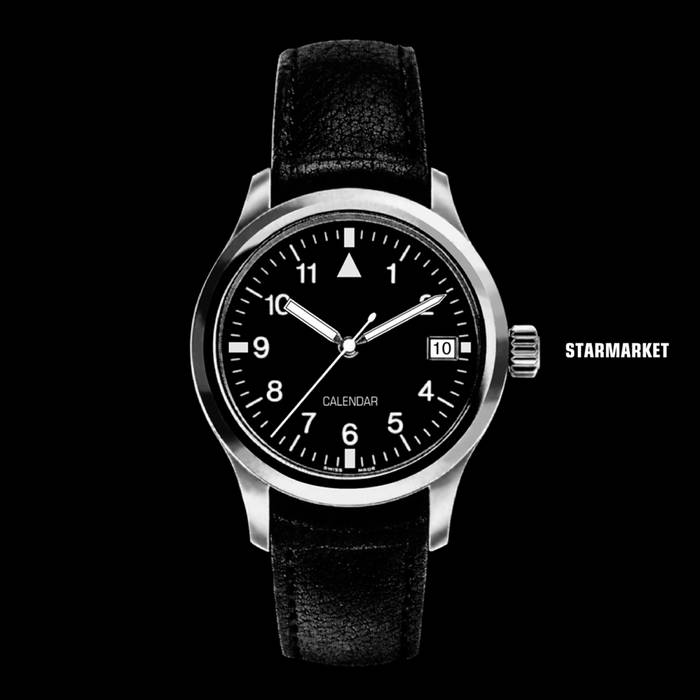 The leading torchbearer of dynamic song-structure in Sweden, Starmarket now makes its debut in America. Armed with the powerful idea "what doesn't kill you makes you stronger," Starmarket creates an irresistible mix of driving hardcore and post-punk rock that pulses with furious energy. Originally an EP only available in Europe, Calendar was re-mastered to include "You Can't Come" and more. Unreleased song "Last Verse" on Emo Diaries 3. (DER-374)

"Starmarket are characterized by emotional ebullience, guitars which balance pristine clean-channel sections with the dirtiest of distortions and tempos which are more groove-oriented than spastic. Calendar sends guitar melodies, jazz chords and harmonic screeches bursting forth in a supernova of energetic abandon. Pay special attention to the middle section of "Losing Track" where the guitar chords ring independently of the firmly bound bass and drum accents. The mellow and deeply affecting "You Can't Come" boasts an offbeat ride cymbal pattern which impressively never falls out of step. Each song supplies a unique flavor to the overall feast. Best of all, the variety maintains the listener's interest throughout. Sweden has truly proven to be a prolific breeding ground for many of today's most promising bands. Starmarket has made a highly satisfying contribution to its offerings." - Pitchfork

Starmarket are the real deal. This album is an exercise in powerful, disciplined melodic hardcore pulled straight from the depth of the soul. The passion that roars is crushing, enveloping and all encompassing. Despite their Swedish origins, their lyrics are incisive and the vocals intense. The whole assault leaves you gasping for breath and needing more." - Kerrang

"Probably the best blend of indie-melodic-punk-pop-hardcore you will ever hear. I kid you not, the playing, production, emotion and delivery on this outstanding release will leave you breathless." - Flipside

"Starmarket actually bends the formula much more to the power pop side of the subgenre, displaying an affinity for solid, developing melodies and ace guitar-bending. There are hints of early Dinosaur Jr. and even Swervedriver here and there to differentiate the band from its emo trappings. Musically, Starmarket is technically adept. Drummer Magnus manages tricky rhythms and transitional passages with aplomb, giving plenty of structure for guitarists Frederik and Jesper to saw across. The more emo-core bands tear down the walls of their own rooms, the more compelling the music will become. Good as it can be, emo is in sore need of some fresh air. Starmarket is one of the few bands doing just that, and they're making some arresting, aggressive pop music in the process. Calendar is just that breath of fresh air, and it feels good right in the middle of your chest." - Eye