by Ride Your Bike 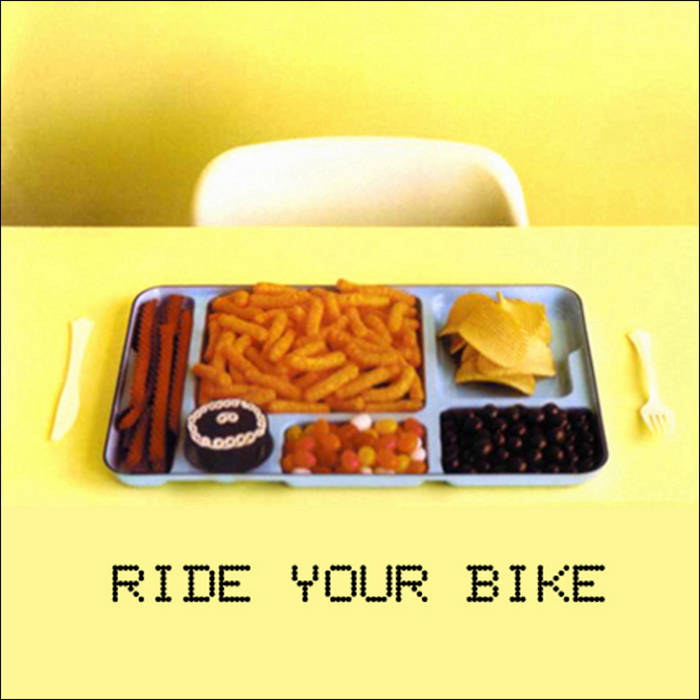 Ride Your Bike's narrative sensibility and songwriting ability is innovative, unique and simply unforgettable. On The Connection, frontman Mike Getches boldly rejects pop's routine formula, seizing instead the genre's affinity for melody and injecting it with unpredictability and whimsy. Getches' voice is warm, soaring but tempered with fragility. But unlike so many bands, Ride Your Bike avoids overwrought emotionalism, instead creating indie anthems peppered with unusual instrumentation like strings, horns and gang vocals. "On The Connection, I wanted to trigger special memories within people...the kind of memories that spark a half smile and a warm heart. The lyrics are image-based, written in a unique way to show the listener the song, rather than just listen to it. My inspiration comes from the feeling I get when I write a song...like I am doing something with purpose, something that is really worthwhile" says Getches. The Connection overflows with catchy hooks and airtight sing-along choruses, proving Getches to be a true pop craftsman with more than a few eye-opening tricks up his sleeve. (Note: artwork on the physical CD is different than the artwork on the digital version of the album. The digital album artwork is shown here). (DER-501)

"The Connection is the follow up to the Ride Your Bike's debut Bad News from the Bar. They deliver a 6 song album on Deep Elm Records that is reminiscent of The Get Up Kids and Stay What You Are era Saves The Day. This record is punctuated with catchy hooks; sing along choruses and narrative lyrics that paint the scene perfectly. The flow of the album is perfect in my opinion. It's the right mix of slower and up tempo tracks. The title track, The Connection, starts with a slow beat and builds perfectly to a danceable chorus that gets stuck in your head almost instantly. The addition of some stringed instruments to this track just puts it over the top for me. Perfection all around. The third track on the album, Fire Fly, is a track that reminds me more of Saves The Day. I also hear a little bit of The Anniversary. Again...awesome. It's almost like this album has elements of everything I loved about pop punk circa 2000. Once again, you are hit with a catchy chorus and the vocal style just sticks so well. PERFECT. Overall...go get this. Right now. Imagine if The Get Up Kids didn't go the direction of On The Wire, this is where they would be. Definitely 5 out of 5 on this one." - Stereo Killer

"Deep Elm is one of those rare labels that never signs bands that are already big or that are hyped, yet you always know that it's going to be worth your time. That's once again the case with Ride Your Bike's 'The Connection.' If The Get Up Kids hadn't gone all mellow on us, I'm imagining this is what they would've sounded like. Think of 'Stay What You Are' era Saves The Day or Death Cab at their most boisterous. The songs on here are upbeat, come with catchy hooks and good lyrics and have a way of staying in your head for the rest of the day. My only qualm with this release if you can call it one is that it's just six songs long. I want to hear more dammit! If you are looking for some seriously rocking songs with pop sensibilities, look no furtherŠThe Connection is all you'll need." - Punk Rock Theory

"Perhaps the most aptly named band I've reviewed, Los Angeles natives Ride Your Bike play the sort of contemporary heartfelt and melodic indie-rock that bands like Saves The Day or The Get Up Kids helped popularize. A six song effort here, frontman Mike Getches wanted to write the best songs he could that would help people realize the interconnectedness between everyone, the planet, even the universe. With endless hooks, dynamic pop sensibilities, and sing-a-long choruses on 'The Connection', even if you don't try to understand just where Getches is coming from lyrically, it's pretty hard not to succumb to the pure harmony and catchiness of the songs. Ride Your Bike are worth a listen for anyone who enjoys warms, soaring indie rock that oozes with pop melodies and intelligent, articulate wordplay. For fans of Copeland, Say Anything, Death Cab For Cutie and Honorary Title." - go211