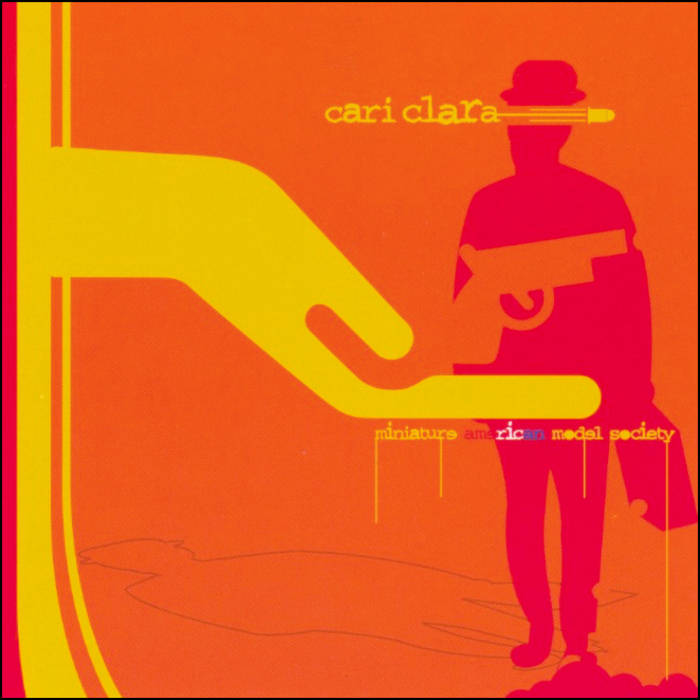 On Miniature American Model Society, Cari Clara fuses natural lo-fi sounds, vintage instruments and special effects for an aesthetic that runs the gamut of both old and new. These songs are emotional photographs, born of pounding, tribal beats, subtly building melodies and a sonorous hum that mounts with each instrumental layer. Frontman Eric Diedrichs finds a fullness in tonal minimalism, in part owing to his ethereal, wind-riding vocals, but also due to his talent for patterning simple musical movements in such a way as to make something more of them. "I set out to create something that moved me, something that excited me, something that hurt me each time I heard it" says Diedrichs. There's plenty here to suggest that we're watching a promising career unfold. Exquisite, mesmerizing, futuristic melancholy never felt this good. (DER-491)

"Eric Diedrichs has a number of things going for him, not the least of which is a rare falsetto that actually carries clear through a song and makes him sound like Thom Yorke of Radiohead. He also knows how to pick his influences. He may lean too heavily on them, but he's still pulling from the right well. Miniature American Model Society opens with Deliverinstant, which begins with ominous electronic background noise, then shifts into sledgehammer percussion and heavily reverbed guitars and vocals. The record shows a good deal of variety, turning to pop-psychedelia as Deliverinstant bleeds smoothly into Statement of our Fear, and revealing jazz influences in Overwhelming Heart, which later twists into a bleakly seductive final refrain. Cruel Was the Lesson is the starkest statement: spare and echoing pianos and Diedrichs's voice sound like they're reverberating in the hole that was left when something was pulled out of his consciousness. The album's real prize is closer Hunt for the Kill. A heavily distorted crunch drives the song at its chorus, and is replaced during the song's final movement by full keys and lyrics that call out for change and redemption. It's the type of ending that can elevate everything that preceded it. A record so heavily laden with synthetic reverberations, grinding pulses and heavily filtered lead vocals can't easily be dismissed as "raw", but the album's desire for genuine emotion and experience is so clear and unashamed that it's difficult to come up with a better description for its searching intensity." - Splendid

"Let me tell ya, Miniature American Model Society rocks really frickin' hard. Behind almost every track there is a contagious, pulsating drum beat and pumping guitar rhythm heavy on the effects, driving each song from start to finish. Cari Clara seduces listeners with his brooding, liquid melodies and lyrics molded perfectly into each song. It's amazing that the whole album was recorded and mixed by Eric Diedrichs himself. Listen to the album at least once through headphones, he says. 'You can really piece it apart when it's that separated from ear to ear.' (from an interview in The Cincinnati Enquirer) The overall sound of the record is floaty and hypnotic, but will still most definitely rock you out." - Rainy Dawg