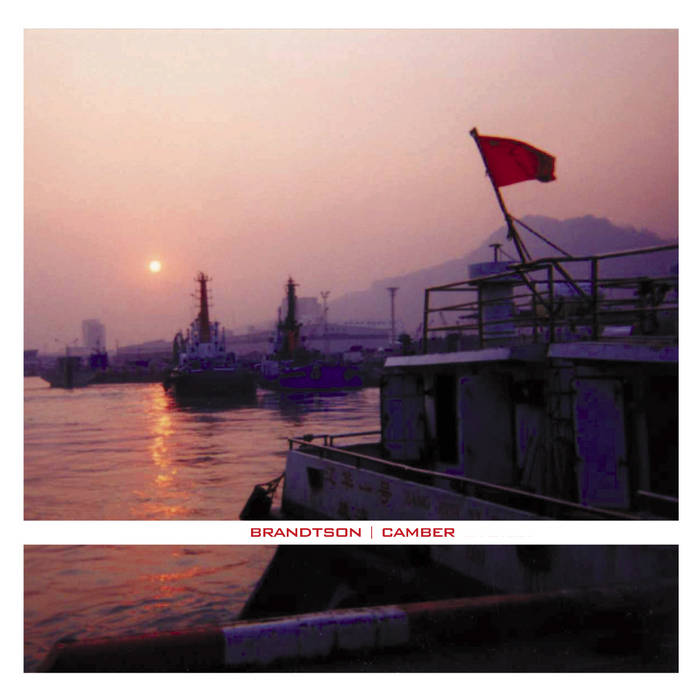 Two veteran Deep Elm bands have joined together with all new, unreleased songs for the third release in our Split Series. The past two splits between The Appleseed Cast / Planes Mistaken For Stars / Race Car Riot DER-378) and Red Animal War / Slowride (DER-412) have been extremely well received by fans, press and radio, so you should expect no less this time around. You get Brandtson's masterpiece of catchy, melodic perfection called "Dead Animals" plus three of the best songs Camber has ever recorded. From the songwriting to the lyrics to the outright quality, these four songs are a prime indicator of why these bands continue to receive accolades and praise from critics and fans around the globe. (DER-426)

"Split EP of the year? I think so...this is a real gem. Deep Elm rarely fail to produce the goods and this release featuring Brandtson and Camber is no different. In fact, it's nothing short of sublime and makes me want to track down more songs from each band. Brandtson's track, Dead Animals, is so good it leaves me wanting to put on their other records. It carries on in the same melodic vein as Death & Taxes and is sure to win even more new fans. Camber provides three songs for this split and it's the first time that I've come across them, but I can assure you that it won't be the last. There's probably more of a throaty or raw vocal style which gives the band an edge. I Could Not Care Less sound absolutely fantastic while Goodbye Mr. Spaulding shows that they have a quieter side that proves they can be just as effective unplugged. In short, this is one release that you must own." - Punktastic

"This split EP features previously unreleased material from some acts that have been on Deep Elm long enough for the label to call them veterans; Brandtson and Camber. All in all, an enjoyable barometer for where emo is going and a healthy example of artists pushing the form beyond its boundaries. With more forward-thinking releases like this from Deep Elm, perhaps at some point the appeal of a lazy tag-on identifier like emo will become obsolete." - Rockpile

"Brandtson leads off the third release in Deep Elm's Split Series and rest assured you will not be disappointed with its precisely placed vocal harmonies, interesting half times and broken down break up lyrics. Next is Camber with an assault of squealing guitars and pounding backbeats which definitely makes them the stand out act here." - 30music

"This is the third installment in Deep Elm's Split Series and it's further proof that this label is the reigning power in punchy indie rock. Brandtson are poppy bliss. and if you're feeling sweet, these guys always deliver. Camber start off with a noisier beast, featuring off-kilter vocals and some nice, swirling guitar riffs. I'll be looking forward the next chapter of Deep Elm's Split Series." - Flex Your Head