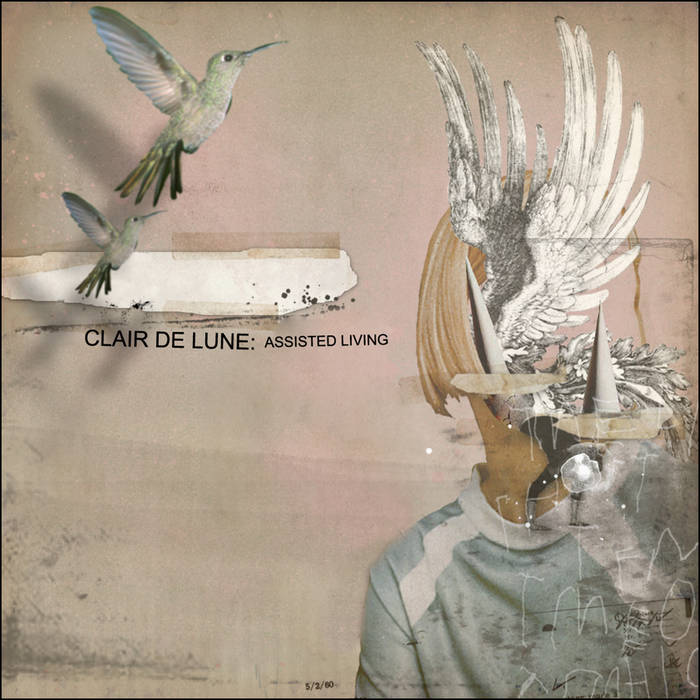 Mike C I recently downloaded a Deep Elm compilation and loved this band. Wanted to buy an album and support! Favorite track: Airplanes.

Assisted Living continues this Minneapolis quintet's emphasis on social commentary - substance abuse, governmental deceit and consumer greed - and entwines it with their intensely passionate, kinetic indie rock bombast. The result is an album's worth of bruising yet beautiful anthems and more unpredictable twists and turns than most bands can muster in a lifetime. Although Clair De Lune draws from punk's raucous urgency, emo's textured dynamics and hardcore's reckless breakdowns, they never succumb to stereotypes and Assisted Living's passion is matched only by its eagerness to experiment with new sounds. Assisted Living is like two freight trains on an inevitable collision course: one engine spewing white-knuckled riffs, a throbbing rhythm section and anthemic call-and-response vocals; the other powered by warm keys washing over the more introspective moments which provide the framework to songs like "Criminal" and the album's title track. The record's beauty is not in the collision itself but rather in the uniquely orchestrated chaos of the aftermath. Clair De Lune is a force to be reckoned withŠa force whose quieter moments speak just as loudly as those occupied by the unrestrained whirlwind blasts the band has become known for. All around marvelous, this is post-hardcore for the literate listener. (DER-456)

"Instead of lashing out in unintelligible screaming and abrasive instrumentation, Clair De Lune opt for controlled, calculated fervor. Toting punk's rowdy urgency and unrelenting fight, the quintet flaunt their unmistakable brand of experimental post-hardcore with intriguing arrangements and symphonic melody. Assisted Living picks up where the band's debut Marionettes left off, further fine-tuning their approach and nimbly introducing and incorporating new sounds to their overall sonic stamp. Weighty, poignant, yet always danceable, Clair De Lune pounds out fiery thinking-man's rock that hits and sticks with the listener. The band's biggest strength may be its songwriting. Arrangements are greatly varied and always inventive. Never predictable. Sit down with Assisted Living and dissect it. This one's a keeper." - Aversion

"When a package from Deep Elm arrived, I said (out loud, I swear), 'I sure hope this is a new Clair De Lune album.' And damned if it wasn't in there. The easiest touchstone for these guys is the Mars Volta, except that Clair De Lune stays solidly in the punk. The guitars can get prog-y or mathy, but the sound has been sanded down a bit. That lends just enough ragged edge so that whatever tangents these boys may follow, you always want to return to base. Clair De Lune specializes in writing songs that almost break down before they resolve in some of the most mind-blowing ways imaginable. CDL are some of the most creative and yet accessible songwriters around. You'll never get lost...unless you really want to, of course." - Aiding & Abetting

"There's a palpable sense of frustration running through Clair De Lune's Assisted Living, whether it's with pill-popping wasters, social alienation or excessive consumerism. But while most of these outbursts never lead to satisfactory answers, the tension inherent within the Minneapolis quintet's music makes Assisted Living incredibly dynamic...and completely uncategorizable. Think a more nuanced At The Drive-In crossed with the moody atmospherics of Cursive, all thrown together with post-punk spikes, solid hardcore breakdowns and startlingly beautiful orchestral moments. Post-rock's future is now." - Alternative Press