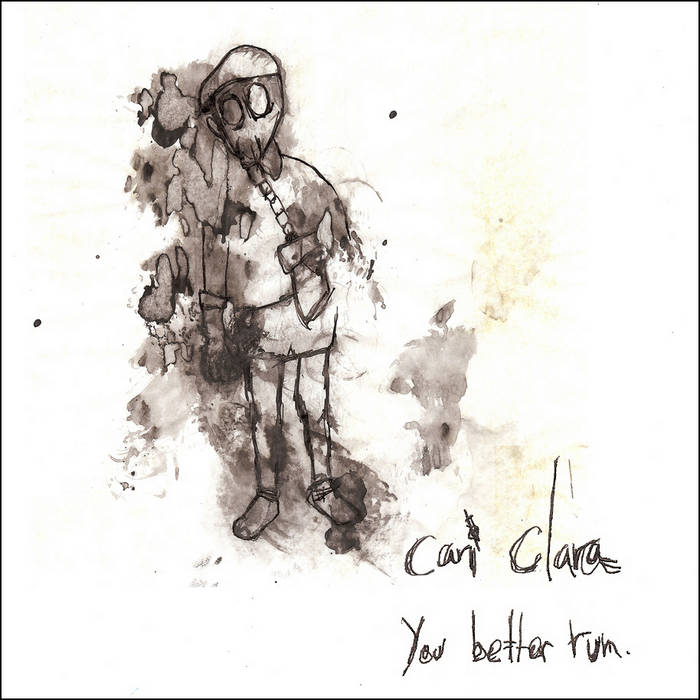 hallowedground777 You Better Run continues a moody love story which began on their full album It's Our Hearts THey're After. There is an artful mastery of storytelling on display with tinges of The Smiths and Radiohead

Hypnotic and haunting, like sound being injected directly into your bloodstream, Cari Clara's new mini album You Better Run continues the moody love story which began on their recent full-length It's Our Hearts They're After. Displaying an artful mastery of storytelling, as well as song composition, Eric Diedrichs puts you on the edge of your seat with heartbeat-like rhythms and ghostly string arrangements which are deeply rooted to your heartstrings. His voice is drenched in yearning and the music is loaded with matching tension and beauty, not unlike a deeply emotional cinematic trailer. "Like mountain moving acts such as Radiohead and Muse...which can take them to the big leagues" says Verbicide. "The New Radiohead" says Hadrian Est Ou. Mesmerizing, mysterious and magnetic, You Better Run hits all the right buttons with its self-searching melancholy, textural experimentation and poetic lyrics, pleading for the listener to heed the warnings of impending doom. You Better Run...indeed. (DER-492)

"Cari Clara: is it a name, a place, or a state of being? The argument could be made its all three, but I'd like to leave that decision up to the good people who wrote, recorded, and produced the sounds heard on You Better Run. Only five songs build this collage of symphonic rock, but packed in tight to the fibers of the album is everything you would require from a meditative, transcendent, mystical mix like this journey that Cari Clara has put together. It's done in just such a way that reminds you of your favorite tracks from your old Pink Floyd and Radiohead records - a tiny, pint-sized tribute. Cari Clara's new album is a moving piece of art, and not only through its hypnotic sound waves but through its poetic verse delivered through echoes that sound both like they're coming from a faraway place and a whisper in a dream. The overall presence of You Better Run is thought-provoking and deep, not to mention chilling. Chilling in the sense that anything goes for Cari Clara. It's as if no plane of existence is impossible." - Verbicide

"I was somewhat intrigued by the band's list of influences: Radiohead, Muse, Pink Floyd, Elliot Smith, Big Star, Grant Lee Phillips, Beta Band. Cool, huh? And so here I am pretty much astounded by 'It's Our Hearts They're After' and the follow up EP 'You Better Run' by Cari Clara. Why so? Not only do those cited inspirations make sense in the context of their music, they write amazing songs as well. It's Our Hearts They're After is chock full of midtempo, slow burning torch songs that embrace the arcane and arty agendas of post-punk and psych-rock bands throughout the ages. It's one of those rare albums that you'd want to swallow whole, a complete entity that must be savoured from start to end. Gorgeous. You Better Run actually ups the ante somewhat, going all epic and gothic with the inclusion of strings and Edge-like guitar histrionics on the title track, groveling in swampyvoodoo blues on Neither Weapon and A Hand To Shape) and channeling dark ghostly balladry on the Great Departure. If you wanna know what genuine indie rock sounds like in 2010, listen to Cari Clara and you won't go far wrong. Scintillating mope rock, angels would dance to. Simply magnificent." - Power Of Pop

"Cari Clara recently released the LP 'It's Our Hearts They're After' and they wasted little time following it up with this 5 song EP on Deep Elm. Continuing with the moody love story that began on 'It's Our Hearts They're After', 'You Better Run' has Diedrichs and company remaining captivating story tellers with a penchant for detailed songwriting and haunting and hypnotic rhythms. Each track pushes and pulls with graceful tension, layered in emotive and dark musicianship, introspective and personal wordplay. It's experimental, ambient, full of pulsing guitars and moves with anguish and regret. In many ways with their meticulous arrangements it parallels Radiohead in it's delivery." - go211