With Blood On My Hands 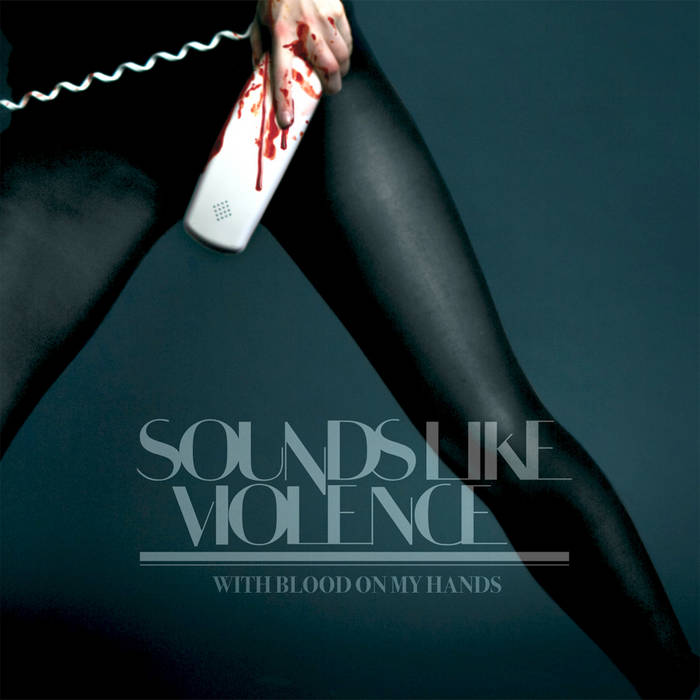 There's blood alright. And it's coursing like venom through every song on this album. It's smeared on the walls, dripping on the floor, oozing from frayed arteries and drowning lead vocalist Andreas Soderlund's damaged, scarred psyche. It's also the blood that's inciting the band's frantic, downright explosive sound. If catharsis was the main theme of Sounds Like Violence's critically-acclaimed debut The Pistol, then With Blood On My Hands takes it a step further by manifesting the unflinching, searingly-honest imagery of a man struggling with the demons of "black love" as Söderlund describes it. As a whole, With Blood On My Hands follows a trajectory similar to that of a destructive relationship, beginning with a steady, nervous beat and gradually erupting into a buzzsaw of guitars and percussive stomp. Blasting out gritty pop hooks that drive the stake deeper and deeper with each crushing riff, With Blood On My Hands gushes more and more until it finally reaches a critical level with the incredible album closer "The Greatest." It never felt this good to be on life support. (DER-455)

"Dear Sounds Like Violence, you are fucking awesome. You do emotional post-hardcore they way it was intended: loud, ferocious, passionate, bitter, touching; driven by a natural, all-encompassing vehemence. Your vocalists sounds like he's constantly on the verge of a nervous breakdown and every time he wails in our direction tonight it's impossible not to be moved. Tonight, you are note-perfect, providing rush after rush of intricate, sorrowful but defiant outpourings. The opener is jarringly lovely, encore At The Sea is a wondrous, crescendo-tastic end to a near perfect set and everything in between is exquisite. Dear everyone else, go and see Sounds Like Violence. They will blow your ears off." - Kerrang

"Already being talked about in the same tones as the late, great Refused, Sweden's Sounds Like Violence have been carving a niche for themselves as purveyors of rock 'n' roll fury, and on new album With Blood On My Hands they've harnessed something completely different. An alternately ice-covered tundra and burning pit of an album, the quartet's frantic explosions of sound are the base for vocalist Andreas to leap from, struggling with the demons of 'black love' as he himself describes it. Sounds Like Violence? Sounds like a plan to us." - Big Cheese

"With Blood On My Hands by SOUNDS LIKE VIOLENCE is seriously the best rock album I heard in the last couple of years...a mix between The Hives and The Killers, with a touch of Interpol's dark sounds, but better and with more fury and conviction. Masterpieces do not come often...this is killer!" - True Punk

"With Blood On My Hands is pure rock with fantastic lyrics, great melodies, raw guitars, excellent drum work and amazing effects. I can't compare the Andreas Soderlund's voice to any other singer. You won't believe how huge Sounds Like Violence's bass lines are. I can't really pick the best song because this record is a slamming masterpiece which deals with many different themes. Sounds Like Violence is a pure rock machine." - Punk76

"Throbbing, bloodstained rock with a dark heart. Sounds Like Violence's debut long player, With Blood On My Hands, is just under 45 minutes of passionate rock music with raw nerves exposed and sinister, shadowy edges. Sonically, the band evoke the crashing, ringing chords of The Posies and The Afghan Whigs and on occasion the chilling post-punk of Interpol, while retaining an explosive intensity throughout. If the evidence here is anything to go by, Sounds Like Violence promise to be a formidable live band." - Guitarist Magazine