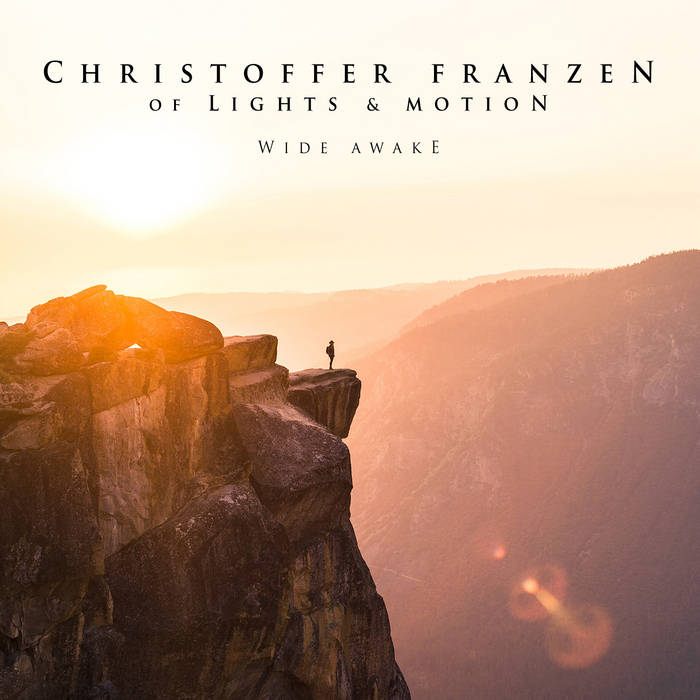 elesdeno A very nice album, the atmosphere is somewhat similar to Lights & Motion, but the use of acoustic guitar makes it more light, playful, and uplifting. Love it. Favorite track: Youth.

CU2MRO When the odds are stacked against you...no matter the situation...3 on 1 (always smack the lead guy first) n watch for the blindside weak punch from one of the others; no punch? Smack the biggest n just 'Breathe' as the last dude backs off and helps the first dude w/the bloody nose...n 'Breathe'! No hits/bruised ribs/black eyes/flat tires...so just 'Breathe' n head for home. Favorite track: Breathe.

Andrew Bennett A gloriously uplifting collection of ambient music to soothe the soul and inspire the creative person. This album was a major influence on me as a person, and in wanting to become a writer. Favorite track: Togetherness.

Sam Moy Christoffer's music is the best - I have yet to find another artist who captures such powerful emotion in such raw forms. His music seems to invoke some kind of deep-rooted trigger for emotions that goes down to your very core. Simply incomparable. Favorite track: Breathe.

Instrumental powerhouse, sonic architect and solo braintrust of post-rock heavyweight LIGHTS & MOTION (now with over 19 Million plays on Spotify and 500,000+ monthly listeners), CHRISTOFFER FRANZEN's aptly-titled third composer release Wide Awake offers 12 fresh tracks flowing with positivity, promise and possibility. Wide Awake rounds out Franzen's timeless catalog of predominantly epic, ethereal and triumphant tracks, all of which were designed with synchronization to video, film and television in mind. With this release, Franzen again justifies his spot on the short list of great cinematic songwriters, not to mention recent credits in several major Hollywood film trailers, high profile ad campaigns and Superbowl commercials. This young Swede is unstoppable with credit for six full-length releases (including Reanimation, Save Your Heart and most recently Chronicle under the Lights & Motion moniker) plus several custom scoring projects...all within three short years. At the ripe age of 27, completely self-taught Mr. Franzen is one of the finest examples of focus that the world of music may ever know. Wide Awake joins Music for Film & Television, Volumes 1 and 2 as the latest installment in Franzen's “go to” composer collection for serious filmmakers, cinematographers and videographers who demand that the music which accompanies their projects stand out, gets recognized and most important, is remembered.

"Anyone who has followed my journey will probably know that I've struggled with insomnia from time to time. That means that I've written a majority of my music late at night or in the very early hours of the morning. I've always wondered how, and in what way, time of day might impact the music making process. This album came out during a period where I composed and explored during the day, something I had never really done before strangely enough. Somehow the simple change in studio hours to the daytime seemed to give me a different perspective on things, and I found myself turning a lot more to warmer and more acoustic instruments for these compositions, like acoustic guitar, mandolin and piano. I feel like it has a much more earthy tone to it when compared to a lot of the music I've previously written. When I listen back to Wide Awake, it sounds like something new, but at the same time familiar and comforting. Even though there's definitely some melancholic moments to be found on this album, the overall arc is a positive one. I hope it will be something that people would want to start their day listening to," says Franzen.

Franzen adds, "Each song, whether it's a Christoffer Franzen track or a Lights & Motion track, is born from visualizations that accompany each piece as I write it. I create small stories and visual narratives in my head, which helps me shape and mould the track to mirror the emotion I'm building, shaping and translating into sound. These songs give you a glimpse into my head, and a clue as to what inspires me. There is a scene from one of my favorite films, Into The Wild, where Christopher McCandless pens 'Happiness Only Real When Shared.' This pretty much sums up how I feel about music. There is nothing I value more than the privilege of sharing what I create with others."

“Youth has never been as fruitful as what I've just listened to. The most perfect combination I've heard in a while. I can only be grateful for the hard work behind each track. Great applause to Christoffer Franzen for yet another masterful set of magical and heartfelt sounds. Christoffer's genius can't be fully described. Final Score: 100%. Yet another masterpiece!” - Elevator Anthem