ATHLETICS "Why Aren't I Home"

Why Aren't I Home? 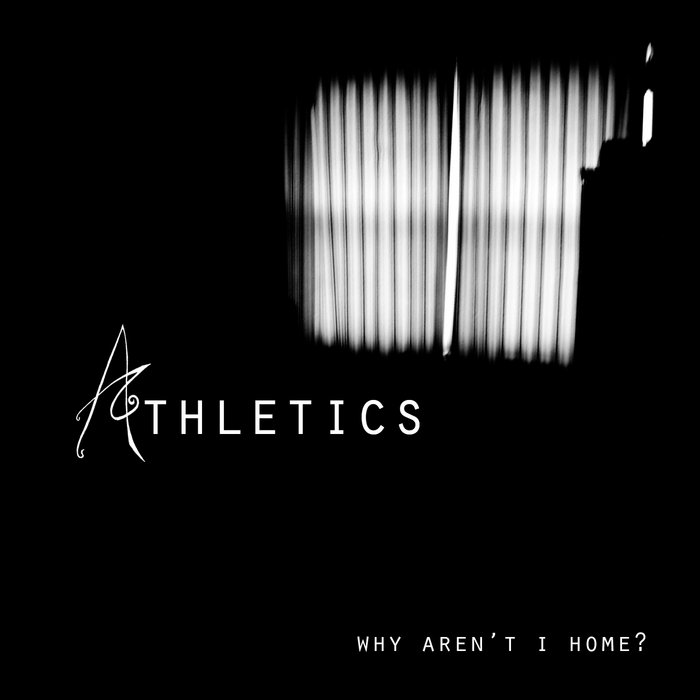 davekillcountysmith What he said In the main description. It is that good. It is that fucking epic. Favorite track: August.

jxjot Came for the tunes, stayed for the lyrics. This album has been a comfort for me throughout high school. Still love it now. Favorite track: It's Night, It's Enough.

From the opening notes of the title track, you realize Why Aren't I Home? is gonna be one of those records that brings you to your knees, swallows you whole and leaves you in awe. It's one of those surprises that defies all expectations and leaves you shaken. It's one of those albums that reminds you why it is you listen to music in the first place. Produced by Gregory Dunn (vocals / guitars for Moving Mountains), ATHLETICS' debut rises to heights impossible to resist. The crystalline guitars and pulsating bass lines, the soaring vocals and tortured lyrics, the sweeping chords and cascading climaxes, the pounding cadence of the drums...it eventually takes you. No, you aren't dreaming. It's possible to be this hard and this melodic, this mesmerizing and this melancholic all at the same time. It's possible to rock just as much as you post-rock. It's just beautiful, the dual tone and stories told are exquisite. Nothing is off, there's nothing to add. Every song on the album takes flight with awe-inspiring riffs ripped straight from the pages of the band's Handbook On Raw Emotion. ATHLETICS blend styles and sounds with an uncommon depth to form a carefully constructed, cohesive work of art deeply rooted in power and conviction. An absolutely stunning, brilliantly mature debut that will transcend time and genre. Fucking epic...

"Athletics is one of the revelations of the year. A post-rock gem. Already at the peak of their game." - AlternativNews

"An amazing listening trip...the awesome power of this sublime studio effort will overtake you." - Pnut Ponders

"With poise and professionalism beyond their years, Athletics has what it takes to make it..." - Live Music Guide

"We made a record that we love. A record that we would want to listen to. Borrowing lyrics from our song Jordan, this is our 'best version of me' as a band, so to speak. We want our music to evoke the same feelings, energy and passion that we feel as we write, record and perform our songs...be it through love, death, happiness or sadness. It's an intense process for all of us" says vocalist and guitarist Garrett Yaeger. "The lyrics were carefully chosen because there is a story and feeling that unfolds behind every song. We were all there for each other while the events described in the songs were taking place in our individual lives. So we all carry equal emotional weight in every song. And I think that mutual conviction helped us perform with a rare cohesion on this album" says drummer John Cannon. "We were all involved in sports when we were younger, as were all our friends, but now we're far away from being athletes...we're the nerds now. Our band name, Athletics, is a roundabout way of saying that our differences as people, who we are and what we do, simply do not matter. We're still the same, still those same athletes, still friends. The beauty of music is that it strips away those boundaries" adds bassist John Luby.

ATHLETICS is Jimmy Boyce (guitar), John Cannon (drums), Howie Cohen (vocals, guitar), John Luby (bass, vocals) and Garrett Yaeger (vocals, guitar, piano). Why Aren't I Home? was produced, mixed and mastered by Gregory Dunn of MOVING MOUNTAINS. It was recorded in weekly sessions from February to April 2010 in Studio A at the State University of New York, College at Oneonta. Guest vocalists include Elliot Belokostolsky and Adam Moulter. Jordan Fowler previously played guitar. Garrett and John previously played in The Cast Before The Break. The band originally formed in Upstate New York but now resides where Bruce Springsteen first earned his stripes, the home to the famous Stone Pony, the musically rich, seaside capital of the New Jersey Shore...Asbury Park. And yes, ATHLETICS really is as good as everyone says they are.