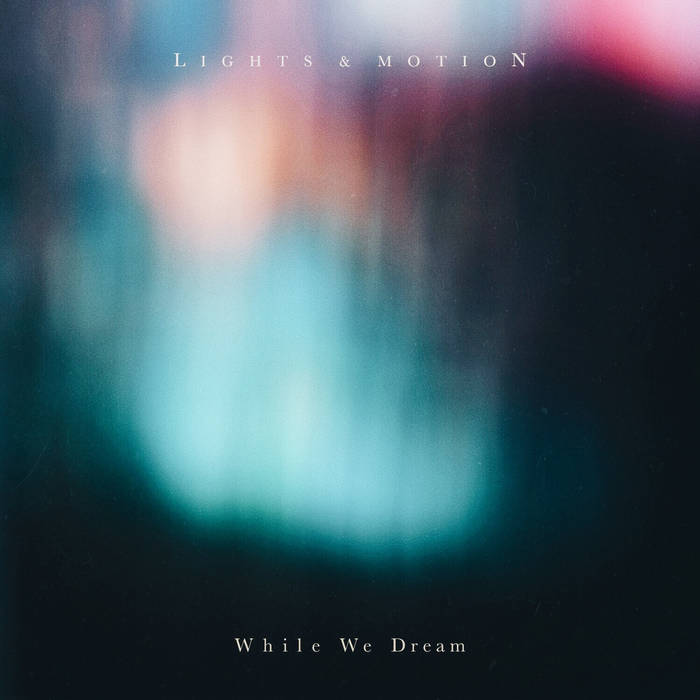 snappechat Damn, just 1min in this album and I was nearly crying. Such a beautiful piece of music. Favorite track: We Are Infinite.

BOUNCINGcharlie My first ever purchase on BANDCAMP. Thank you! Favorite track: We Are Infinite.

Research has confirmed that very few of us recall dreams with music in them, which is surprising given that music is an integral part of daily life for many people. Even so, the frequency with which music occurs in dreams is very low. Why is music so rare in dreams? Something to do with how the mind treats music as competition with more essential dream components and prevents music from entering into memory. However, this is not the case for a certain group of "chosen ones"...musicians. For musicians, music is essential, non-competitive and their dream systems allow for the processing of musical phrases into memory.

While We Dream offers a rare glimpse into the music found in the dreams of Christoffer Franzen, the man behind cinematic powerhouse LIGHTS & MOTION. The latest six track effort explores the concept of dreaming, taking the listener through dreamscapes and fantastical adventures with songs that ebb and flow right up to the precipice moments as you awaken. Positively spectacular Swedish brilliance is nothing short of an understatement.

”While We Dream was a way for me to re-explore the concept of dreaming, and what that means to me. I found myself beginning to write at night again, and that definitely had an impact on the kind of music I was creating. I think the songs have a softer edge to them, and a tonality that might be a result of my circumstances at the time. I'm so fascinated with why and how we dream, because you seemingly have no control over it. Similarly, I tried to be as free as possible when working on this record, not restricting myself but rather let the emotion and inspiration take me to wherever they wanted to go. Until I release music I've been working on for a long time, I feel like it only exists in my head and for me. Letting go of that is always scary but equally exhilarating, and I can't wait to share it with the world," says sonic architect Franzen.

A stunning 4K video for the awe-inspiring opening track and single "We Are Infinite" is now streaming on the Epic Music World Youtube channel (bit.ly/lm-infinite-4kvideo). Comments from fans include "One of the most beautiful videos on Youtube," "Outstanding, I've never seen something like this," "I cried the first time I watched this video" and "Stunningly beautiful. I'm in love.﻿"

"While We Dream" was produced, recorded and mixed by Christoffer Franzen at UpSweden Studio in Gothenburg. Mastered by Dave Cooley. Album artwork by Mohammad Alizade. Video by Alex Meliss. Band photo by Fredrik Sellergren.

The ability to evoke emotion on a universal level, to touch the heart without words, to transport you to a place where anything and everything is possible...this is the unparalleled power of LIGHTS & MOTION. The level of emotional intricacy dellieverd in each track is nothing short of remarkable...and 90 Million plays on Spotify via 1.1+ Million monthly listeners prove it. Among several other major Hollywood film trailers, the band was most recently featured in the campaign for the film Beautiful Boy directed by Felix Van Groeningen and starring Steve Carell and Timothee Chalamet. Just last week, Franzen appeared on the cover of the Gothenburg Post with the caption "The Unknown Star." A select group of tastemakers, directors, music supervisors and media outlets around the world have come to the realization that Lights & Motion is not only music you hear and remember, it's music you see and feel. Music is truly a work of art when an artist connects with the listener in a way that transcends the music itself. From flawless guitar structures to beautiful piano melodies, the aural journey of each skillfully composed track is so deeply intimate yet so massively majestic, culminating in a sound that inspires feelings of awe and wonder due to its unique accessibility and captivating timelessness.

Lights & Motion's discography includes Bloom (2018), Dear Avalanche (2017), Chronicle (2015), Reanimation (2013) and Save Your Heart (2013), several singles and two composer albums Phenomenon (2017) and Dreamweaver (2014), all of which were released by fiercely independent Deep Elm Records. The music of Lights & Motion has been featured in numerous Hollywood movie trailers (Beautiful Boy, Skyscraper, Fast & Furious 7, Concussion, Collateral Beauty, Lone Survivor), SuperBowl commercials (Budweiser, Furious 7), television spots (NHL Stanley Cup, Tour De France, Vampire Diaries, Olympics) and online promotional campaigns for a wide range of sync clients throughout the globe including Google, Apple, Adobe, Audi, Discovery, Four Seasons, Greenpeace, Microsoft, NatGeo, Nike, the Oscars, PayPal, PepsiCo, RipCurl, Vans, Visa, YouTube and many more. Film scores include "In I Dimman" (Zentropa) currently in post-production, "At The End Of The Day" (Fractal Features) premiering at Dances With Films Los Angeles (2018) and "April's Way" (Stockton Lane) which premiered at Cannes (2016). Franzen resides in Gothenburg, Sweden and he is without question, one of the hardest working and most humble artists in the music business.