We Only Have Forever (Quiet) 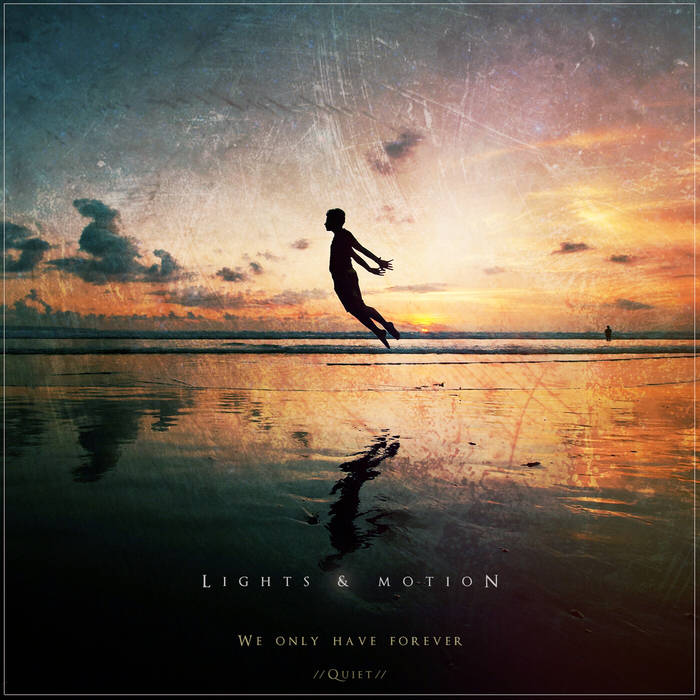 Caleb Bratcher Not much needs to be said--a reimagining of one of the best tracks on their latest LP that definitely lives up to the quality that Lights & Motion consistently puts out. Favorite track: We Only Have Forever (Quiet).

The new single from post-rock powerhouse Lights & Motion features the beautifully cinematic "We Only Have Forever (Quiet)" backed with bonus track "Aural." "I wanted to see if I could take a song and turn it on its head to create something brand new. That's why I picked one of the most epic tracks from the new album, and I did a complete reimagining and recorded it with piano and strings. Aural was a song I wrote for Piano Day, but a lot of people asked for it to be released officially, so I listened," says Christoffer Franzen, the solo visionary and multi-instrumentalist behind Lights & Motion.

Although many claim he is a magician, Franzen is a storyteller...and a masterful one at that. Every Lights &amp; Motion track tells it's own story by transporting the listener through tenor and tone to a place where anything and everything is possible. This astonishing interplay of soul and sound is truly a work of art as it connects with the listener in a way that transcends the music itself. Franzen's ability to elicit emotion on a universal level and touch the heart without words, is simply beyond the limits of all imagination. Photo by Treza Trisnandhy (Bali, Indonesia). (DER-575)

Dear Avalanche follows "Reanimation" (deepelmdigital.com/album/reanimation), "Save Your Heart" (deepelmdigital.com/album/save-your-heart) and "Chronicle" (deepelmdigital.com/album/chronicle) as well as three additional Christoffer Franzen composer albums issued under his own name, all of which were released by fiercely independent Deep Elm Records. Lights & Motion recently surpassed 40 Million plays on Spotify thanks to 900,000+ monthly listeners. The band has 750,000 followers on Soundcloud and nearly 50,000 fans on Facebook. Music by Lights & Motion has been featured in numerous A-List Hollywood movie trailers (Fast & Furious 7, Concussion, Rules Don't Apply), Superbowl commercials (Budweiser, Furious 7), television spots (The Vampire Diaries, Bill Nye Saves The World, WWE) and online promotional campaigns for a wide range of sync licensing clients throughout the globe including Google, Apple, Adobe, Audi, Dropbox, Home Depot, Nike, Paypal, Samsung, Remy Martin and many more. Franzen resides in Gothenburg, Sweden and he is without question, one of the hardest working, most humble and biggest musical discoveries of the decade.