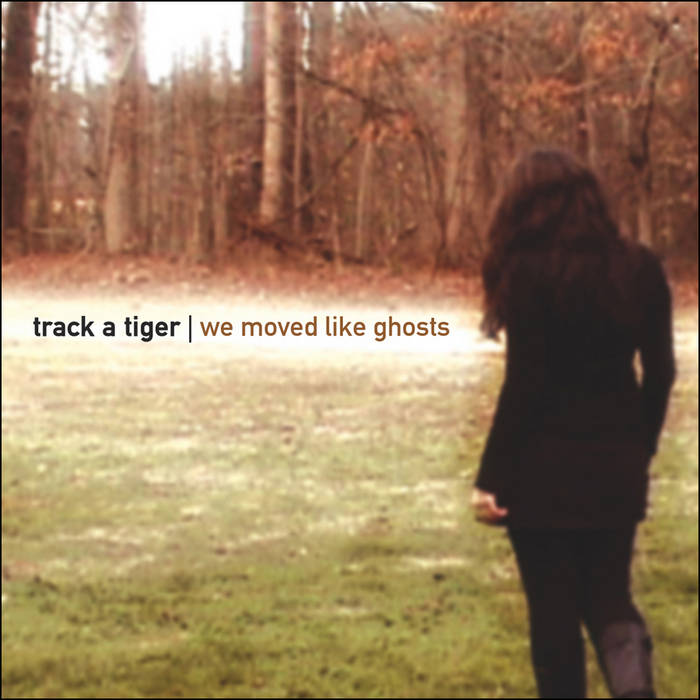 Equally meditative as it is memorable, Track A Tiger coaxes only the most atmospheric textures on their aptly titled sophomore full-length We Moved Like Ghosts. Taking cues from the drowsy, sweet spirits referenced in the title, there's a touch of intrigue and mystery contained in this infectious collection of sublime indie pop. The real secret of this record is not how these sweeping, organic gems lull you under but how cozy you feel once the jangly strum of acoustic guitar and gentle keyboards wash over. Jim Vallet and Kristina Castaneda's warm vocals are the final knockout punch, wistful and reflective, yet irresistibly magnetic. We Moved Like Ghosts is mostly a pensive and restrained affair, but don't mistake Track A Tiger for being anything less than dynamically persuasive. The band's charming swing and rollicking backbeat propel songs in a delicate upward trajectory, keeping the mood one step ahead of somber. Of course Track A Tiger also has an upbeat swagger, at times cranking out rustic melodies that gallop over dusty passages, referencing a more Americana / Alt Country canon. Track A Tiger's gorgeous soundscapes, male-female harmonies, luscious strings and mellow acoustics are a lesson on how sometimes the most quiet voice resonates the most profoundly and how real beauty and sincerity lie in subtlety and detail. (DER-461)

"Track a Tiger lures you in with its Low-like vocals, then lulls you with an Iron & Wine-y twang." - Magnet

"We Moved Like Ghosts takes the best elements of Yo La Tengo and pre-Mellon Collie Smashing Pumpkins boy / girl vocals and washed out hazy guitars and leaves behind the chaff. This album won't rock your socks off - nor does it aim to - but in a world of self-imitation and tedious pretension, Track a Tiger have made an album of highly polished melodic pop gems that truly outshines their contemporaries." - Verbicide

"Track a Tiger is a Chicago band picking up comparisons to mega stars in the indie-rock world such as Yo La Tengo, Low and Iron and Wine. This is because there is a genuine experimental quality to this lo-fi, highly creative band on We Moved Like Ghosts. This outfit's mix of quiet music and unique instrumental arrangement is immediately apparent with the brief, but beautiful opening track Saint About To Fall and continues throughout the album. The songs are atmospheric, fresh, fuzzy, warm and all around delightful. I would describe Track a Tiger as an unpretentious electro- folk rock band with a really nice marriage of male and female vocals. A fantastic new release!" - The Big Takeover

"The best quality of Track a Tiger is its ability to conjure thoughts of Low, Yo La Tengo and Iron & Wine and then so convincingly, so smoothly, make the sound its own. On We Moved Like Ghosts, the band's newest on Deep Elm Records, the first song is a brooding, Low-like warning called Saint About to Fall, and it's immediately followed by a more upbeat, indie-rock gem called Don't Make a Weapon; the boy-girl harmonies on both are crushing. Light follows, an atmospheric beauty, and then the more traditional, but just as pleasing, pop song All These Accidents, and afterwards it's unbelievable that you're only four songs in." - New City Chicago