LATTERMAN "We Are Still Alive"

We Are Still Alive 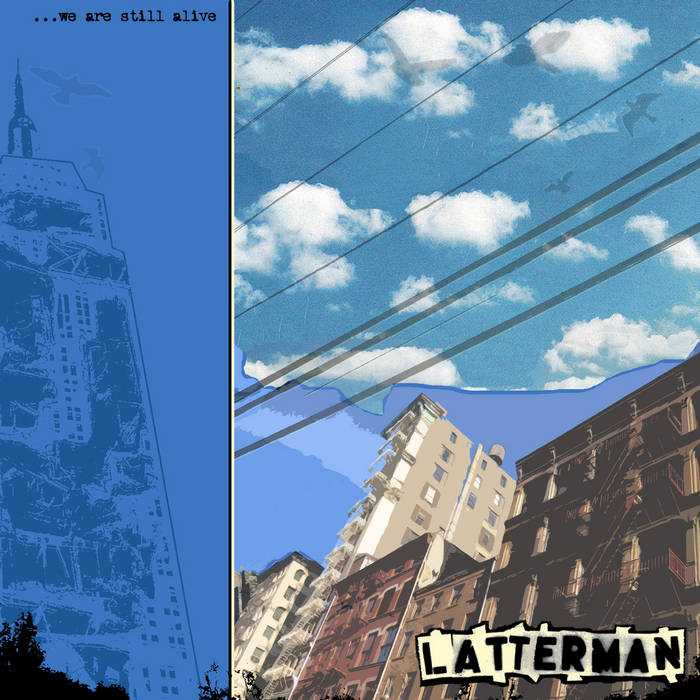 "If we've ran a million miles to get to this place, we'll keep the pace" sings Latterman as We Are Still Alive begins...and with the release of the critically acclaimed No Matter Where We Go..!, inclusion in nearly every Best Of / Top 10 List last year, reissue of their classic Turn Up The Punk We'll Be Singing, six months on the road in the US plus two months in the UK and Europe, there's no end in sight. We Are Still Alive will strike a resounding chord with the legions of fans who recognize Latterman's dedication to building something real. "If you think punk's dead / you haven't met our friends / they're always at it again and again" sings Latterman, reaffirming their hope about punk rock and its power to create community. It's this search for a "home where we won't die alone," whether it lie in our hearts, in our hands or within our friends, that's the main theme on Latterman's third record. They never want to sing these songs alone...and with all the spirited anthems, thought provoking lyrics and fist-pumping choruses on We Are Still Alive, Latterman doesn't have a fucking thing to worry about. Bands like this don't exist anymore...so wake up, pay attention and feel alive. (DER-454)

"On their third album in four years (and second in two years), New York punk quartet Latterman aren't fixing what ain't broke -- in other words, ...We Are Still Alive is just as anthemic, moving and sing-alongable as the band's prior records, if not moreso. If Deep Elm Records were smart, they'd package every copy of this album with a gigantic Latterman foam finger, because all you're gonna wanna do is point that shit high in the air every time you listen." - Alternative Press

"5/5 Stars: Latterman's much anticipated third album We Are Still Alive shows that they're not veering from their signature approach, and thank God for that! As Water Manes At The Block's End tears from the speakers with mass sing-alongs and huge upbeat melodies, the opening lyric sets the positive but heartfelt tone for the album. The theme of this record is creating a community of friends, not just a faceless punk scene. They play with more passion and sincerity than ninety nine percent of 'punk' bands. Latterman are still alive and we need them more than ever. Essential." - Big Cheese

"5/5 Stars: It's nice to know that even if you have no friends, Latterman will always be by your side, cheering you on. Just like the band's previous Deep Elm releases, We Are Still Alive feels like a good punch in the gut, in a Tyler Durden sort of way. The topical songs are certainly poignant, but the majority are unifying, friendship-centric singalongs capable of inspiring you to whirl your shirt over your head and get sweaty while hollering the words at full blast, even if you're in your Honda on the turnpike. Just don't forget to steer." - Alternative Press