Wake Up And Be Happy 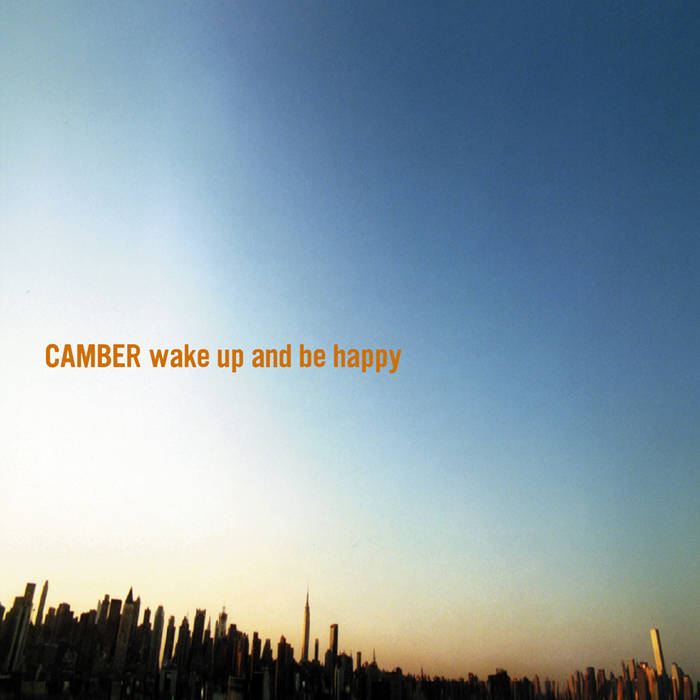 Complicated and urgent, Camber's sound comes from those daring hollows of hope and elation that surprise us in the darkest, most desperate moments. It's those bubbles of peace and clarity that feel fresh and unreal...and these fertile grounds feed Camber's brilliant songwriting, still frustrated and intense. The band moves dynamically through the rock medium with a bass that purrs, guitars that glow and drums that roar, but with a fine pop sensibility. Encased in aggressive rock and melodic start-stops, the music builds up to an almost-frenzy and then calms down with a sad caress. We all breathe like this sometimes. Focused, achingly pretty and tortured, Wake Up And Be Happy thinks and feels and moves. (DER-405)

"Camber gets closer to aural perfection with every release, and with Wake Up And Be Happy, they show even more heart and range. Complicated would be the best way to describe Camber as their songs vary from power-pop to indie rock to emo. Of course pigeon-holing them wouldn't do them justice. The album starts off with a bang on Devil You Know and continues with the melodic and beautiful Darling Daughter. The rest of the album is peppered with intricately woven catchy rock. This will definitely go down as one of my top ten records of 2002." - Dropout Digest

"Across the course of their previous two albums, Camber have played music that's intelligent without ever losing its rock-out lure, and innovative without forgoing their instant appeal. Wake Up And Be Happy continues this excellent tradition, setting the pace with the opening track. The vocals have a distinct edge to them, the drums have a neat reverb veneer and there's a guitar hook in the verse that owes more to a casiotone than a power-chord. This is rock music that's learned from its peers and then re-educated itself with stuff that's not found in the mainstream. Tracks like Expat and Lenny are excellent head-down rockers, and others like Darling Daughter and Make Yourself Comfortable are the sort of friends that are giving terms like melancholic pop-hooks a good name again. Bring it on." - Fracture

"Wake Up And Be Happy from Camber is their most accomplished record yet. The songs on here are urgent and quite diverse. Expat is an example of the sheer loudness Camber is capable of while the next song, Make Yourself Comfortable, is a gentle instrumental. Camber is very dynamic and they evoke an aura of confidence in their uniqueness. The music is catchy as hell and when I finally took it out of the cd player, I was humming brilliant tracks like Lenny. As this music gets more and more coverage, bands like Camber will be sure to come out on top." - Music Emissions