Turn Up The Punk, We'll Be Singing 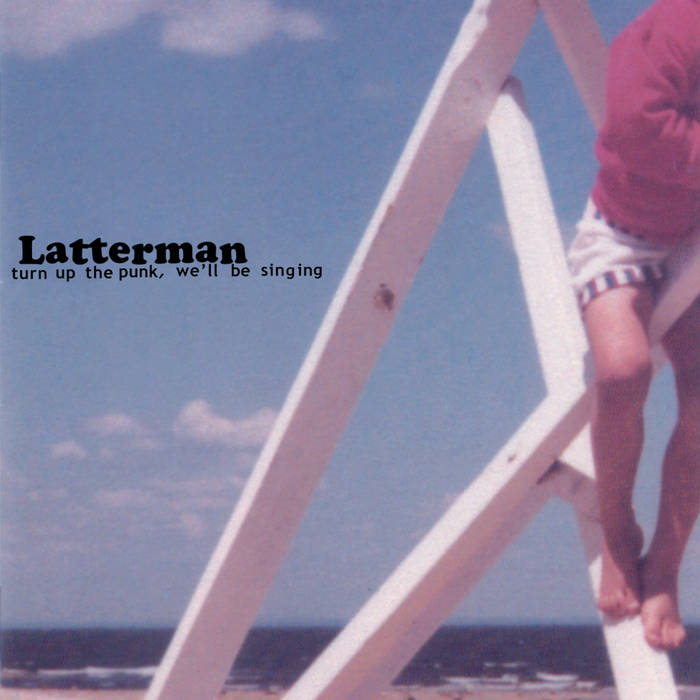 We said it before: Latterman rules, and this re-mastered, re-release of their classic debut Turn Up The Punk, We'll Be Singing proves that this band has ruled from day one. Overflowing with positivity, originality and most importantly heart, it reminds us what we loved about the scene in the first place: friendship, standing up for what you believe in and the notion that together we can change the world. No doubt, Latterman has always had an affinity toward belting out melodic, foot-stomping punk rock like their lives depended on it, which only lends to the sincerity of a record that has stood the test of time and served as a irreplaceable document to Long Island DIY. While much has changed in the past three years - people have moved away or simply become detached from the community - the ideals held true on Turn Up The Punk still remain...whether it's a notion as basic as staying positive or something more complex like challenging patriarchy, homophobia and racism. As for Latterman, they've never stopped believing in the core message that Turn Up The Punk screams with every note: let's make a difference in the place we live! (DER-443)

"You probably haven't heard of Latterman yet, but in an ideal world, they'd be as big as their peers in Against Me! or Dillinger Four. Combining socially conscious, ready-for-a-sing-along lyrics with straight-ahead 4/4 punk rock, the band are guaranteed to put a smile on the face of even the most jaded street-punker. This remastered version of the band's 2002 debut, Turn Up The Punk, We'll Be Singing, sounds more vital than 99 percent of the punk records that cracked the Billboard Top 200 this past year." - Alternative Press

"Latterman is probably the most jubilant political band in America. They've got poppy snarl like Dillinger 4 mixed with passion and conviction like Against Me!, and a healthy doses of Hot Water Music and Get Up Kids thrown in for good measure. The result is catchy and fun without ever being preachy. Great big sing-a-longs about riding bikes and hanging out with friends transition seamlessly into rallies against homophobia, racism, sexism and patriarchy. I caught them live at Gilman, and their show is an amazing mix of energy and smiles. Turn Up The Punk is actually a reissue of their debut CD. Deep Elm decided the world should hear the debut that started it all. Highly recommended." - Amp

"If only every punk rock record could sound this electrifying. Overflowing with passion and fire, Latterman's debut, Turn Up The Punk, We'll Be Singing, is a fiery experience that should not be passed up. One word sums up Latterman: passionate. The enthusiasm and love of playing is felt wholeheartedly throughout Turn Up the Punk, and this genuine delivery helps create one powerful record. Simultaneously shouted, throaty vocals, upbeat melodic punk-rock with that sharp bass up front and songs that contain enough punch and drive to rekindle that initial excitement of discovering punk for the first time, this record gets the heart racing fast. Turn Up The Punk is one of those fun records that you'll find yourself shouting with nonstop. Along with releasing one of the strongest punk releases of the year (No Matter Where We Go..!), Deep Elm has done an amazing job of documenting and keeping alive a record that would have otherwise gone completely forgotten. Turn up the punk!" - Fake Train