This Is My Ship 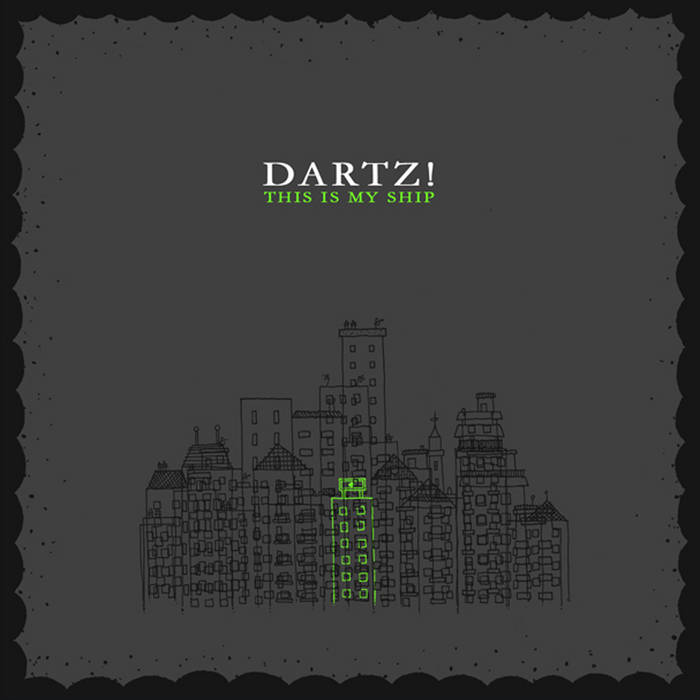 The Skerry Hill Almost every track is a joy. Vastly underrated band - this is what The Futureheads could have sounded like had they been slightly more interested in geekery. Favorite track: A Simple Hypothetical.

Dealing in equal parts visceral punk, splintering math rock and kinetic pop, Dartz! bring the noise. It's a fun, riotous listen with genuine heart and intriguing complexities. It's not often that words like "discordant" and "melodic" are thrown about in the same sentence, but the band's willingness to let loose with raucous dance-punk abandon while delving into more adventurous, angular soundscapes -- all without losing sight of each song's irresistible hook and propulsive beat -- makes for a cohesive and addictively explosive good time. Instantly captivating and undeniably enduring, This Is My Ship keeps an animated pace throughout its twelve exuberant tracks. Songs like "Prego Triangolos" and "St. Petersburg" give you an idea of which dynamic, spiky Q and Not U-esque school of indie rock these boys attend, but the handclaps and catchy hooks on cuts like "Once, Twice, Again!" remind us that, first and foremost, the band is here to make you move. Still, pigeonholing DARTZ! as anything other than an extremely intelligent, complex and exciting band would be doing them an injustice. Off-kilter riffs and catchy choruses rip a melodic groove into your brain while intersecting instrumental passages are compelling enough to keep the hipsters zigging and the punkers zagging. Make no mistake: This Is My Ship is an phenomenal release...one of the most memorable, enjoyable debuts in recent history. (DER-466)

"In the last few years the northeast corner of England has produced a cluster of post-punk bands with a penchant for spiky riffs and melodic vocals. The Futureheads and Maximo Park have garnered the most critical attention, but Dartz! are now making waves of their own. Stragglers in a scene of jagged art-rock they may be, but to these ears they are indebted more to similarly rambunctious punk-orientated bands from across the Atlantic such as Q and Not U and Les Savy Fav. While Dartz! may wear their influences on their sleeves, This Is My Ship is idiosyncratic enough to avoid being derivative. Much of this is in the delivery, if not always the actual material. Dartz! have the brazenly north-eastern accents, but they also combine a wit and intelligence with intriguing lyrical targets, while refraining from any of the condescending social commentary. Dartz! are at their best is when they just seem to be having fun. This Is My Ship is rife with edgy riffs and catchy choruses. Intelligent, memorable, and quite often unprecedentedly danceable, they're not quite the finished article yet, but they're well on their way." - Pop Matters

"One of the biggest mistakes I made as a music fan last year was not getting into Dartz! sooner. Now that I have spent a considerable amount of time with This Is My Ship, I can say that I should kick my own ass for brushing them aside for so long. It's obvious that the band draws a lot of influence from the D.C. scene. The angular guitars, frenetic energy and abstract lyrics will undoubtedly draw comparisons to heroes such as Faraquet and Q and Not U. However, Dartz! also have a more accessible pop side, and tracks like the infectious Once, Twice, Again! highlight their ability to cross the lines between angular indie rock and infectious pop melodies at will. This Is My Ship is a very strong debut and the energy on this record never falters at any point, giving it a very high replay value. Dartz! is easily one of my favorite new bands and if their debut is already this good, I can only imagine how good their future albums are going to be. Keep your eyes on these guys: I have a feeling you will be hearing about them quite a bit in the future." - Absolute Punk

"Deep Elm tends to find some gems when it comes to the European imports, and the debut full-length from the UK's Dartz! is no exception. Dartz! imagines the danceable post-punk of Q and Not U as fronted by that charming English accent and spiced up with a bit of caP'n Jazz's frenetic vigor. This Is My Ship dabbles in clean guitars and perfectly executed time changes, with vocals that delicately convey lots of excitement without coming off overbearing. In the hands of other bands, the album might come off a bit trend-riding or obnoxious, but Dartz! walk a constant tightrope with confidence and aplomb. In more laid back yet energetic numbers like Once, Twice, Again! and Fantastic Apparatus, Dartz! prove themselves to be melodious masters, while other songs like Harbour feature moments of restraint and order. But when the band bust loose, it's all good times. This Is My Ship proves to be a musical success, drawing carefully from its influences to produce a warm, inviting and cheerful creation." - Punknews.org