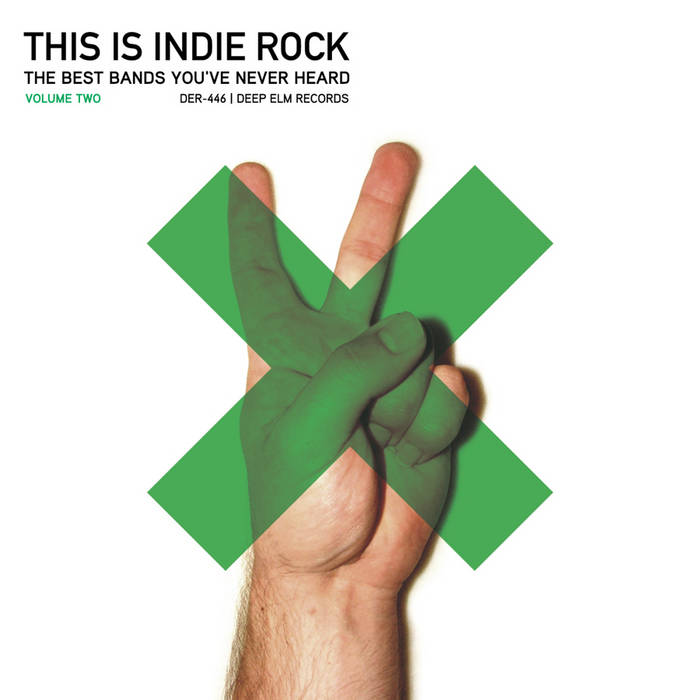 "Having raised the bar for compilations to unthinkable heights with the quality of success of The Emo Diaries, Deep Elm returns with their second helping of unknown talent that attempts, and I believe succeeds, to resurrect the great indie rock movement of the early 90's, when good music played with passion was what mattered. Every band here, sans The Forecast, was completely new to my ears, and I was very impressed with what I heard from Jena Berlin and The New Lows, as both bands employed thick guitar riffs while also generating wonderfully contagious harmonies. The big noise of Cameran was a favorite of mine, but it was offset quite nicely by the more reserved efforts of Meredith Bragg and Death Ships, while Nature Living's track was accented by well placed screamo-backing vocals. The Forecast are now currently employed by Victory Records, and one can hear why, but my choice for stardom is The Silent Press, whose Can't You Tell is a sing along favorite waiting to happen. This is a brilliant release, as the bookend tracks of the opening, experimental, hushed, hum of Maxel Toft worked in perfect synchronicity with the atmospheric intricacy and sporadic force of Bernard's closer. This will restore your faith in music." - Jersey Beat

"Just one of those perfect ideas that was waiting to happen, where a super-hip independent label doesn't just make a compilation full of its roster members, but accepts the many demos sent them and turns the best into a record. We find that there's a good reason to know of the imaginative folk rock of Death Ships and of the brilliant potential of New York's The New Lows. This sent me straight to Google to find more than the one song." - Punk Planet

"Deep Elm seem to have been around since the dawn of time, releasing some of the finest bands out there from an increasingly broad genre set. For years it was the Emo Diaries compilations that would introduce us to new acts, but now the label has a new baby, This Is Indie Rock. So what is This Is Indie Rock? It's Deep Elm introducing you to some of the finest bands around, that's what. The mix of talent on Volume Two is nothing if not eclectic. We start with the electronica tinged guitar amble of Maxel Toft before lurching into the all out Dugong-esque rock of Jena Berlin, and then into the bittersweet acoustic song New York by the excellent Meredith Bragg. Now that's covering a lot of bases...and that's just the first few tracks. Two of particular note here are a stunning band called Sedona, a steel string Americana tinged wonder that will have you stomping your feet and clapping right along, and also album highlight Death Ships with Thelma Lou, a Papa M inflected number that is one of my new favorite songs. This is a document as to what indie music is about in all its guises. I suggest you dig deep and let Deep Elm introduce you to some of your favorite new bands." - Tasty