The Troubleshooting Is Over 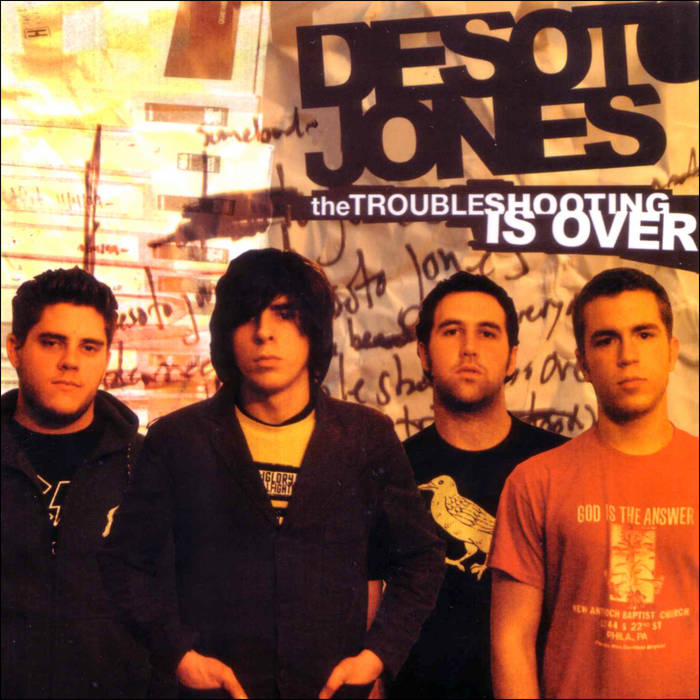 Desoto Jones' debut EP titled The Troubleshooting Is Over (2005) has been re-released worldwide on Deep Elm. Their second EP titled Stay Awake Stay Alive (2006) as well as their phenomenal full-length album Aurora can also be found on Deep Elm.

The product of five friends (including three brothers) having the same musical vision, Desoto Jones write rock songs with depth and atmospherics while remaining accessible and catchy. The band began when brothers Adam and Owen Staszewski started writing music together. Longtime friends of Adam and Owen, Ean Kyler joined on bass soon after. Justin, the brother of Adam and Owen, next joined on drums along with Christoper Gill on rhythm guitar. After numerous basement demos, they released their first EP, The Troubleshooting Is Over, in April of 2005. Their follow-up EP, titled Stay Awake Stay Alive, was released in June 2006. Both EPs were recorded with Nick Rotundo. They have played countless shows in the Philadelphia / South Jersey area and have toured up and down the east coast...but this is just the beginning. (DER-476)