The Old And The New World 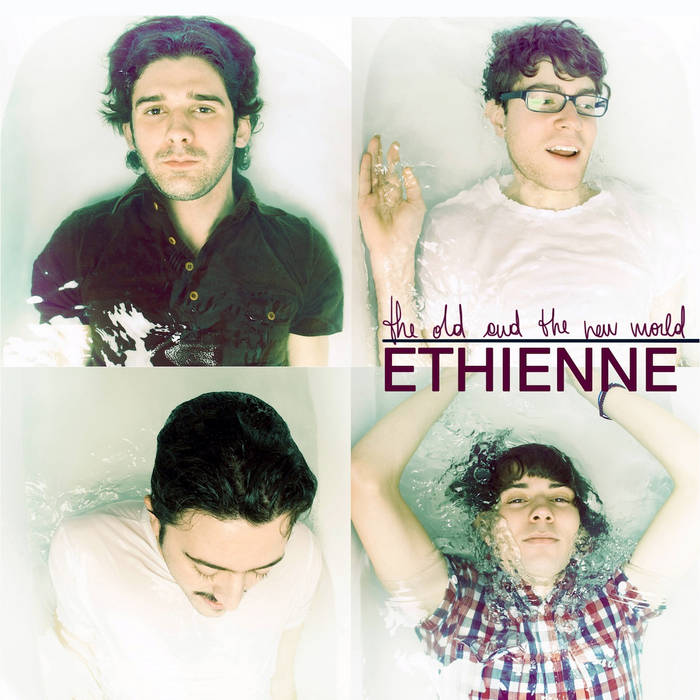 ihearttokissthecooter0 the vocals, synth and drumming are what drive this track....

Sven B. Schreiber (sbs) "Ethienne" from Treviso, Italy, is another quite inventive member of the "Deep Elm Records" family. Their trademark sound joins a pleasantly melodic kind of alternative rock songwriting, combined with instrumental arrangements typical for post-rock. The dense power sound on this album, frequently employing throbbing ostinato guitar textures, reminds me quite a bit of the early works of "Interpol". Favorite track: 4 A.M..

Considering the current pace and magnitude of global change in the world today, there couldn't be a better time for the release of an album titled "The Old And The New World." Coming at any other moment in time, this album would not mean as much. But this isn't that moment. No, this is the moment for ETHIENNE to shine. And shine they do, with a highly impressive debut that succeeds not only because of the fluid balance it keeps between reach and restraint, but also for its inventive songwriting and overall entrancing pulse. The velvet-like, alternating vocals carry the listener through curtain-raising anthems, atmospheric rhythms, climatic choruses and full-on rock moments with hushed overtones and sweetly placed falsettos that surround the words with warmth and confidence. It's impossible not to submit to the soaring melody of So Goodnight Day or the melancholic appeal of Ultrapop!...and by then you are only two tracks deep. This album is more than a glorious achievement for this young Italian four piece, it's a document of the times. Their times. Your times. Our times.

"This album represents a collection of ideas, a picture, like a sort of reminder of where we were and where we are" says guitarist Marco Longo. "It's useful remembering what has changed both inside and outside of us throughout the years. It's good to see our progress and sometimes unfortunate regress" adds Marco. "Everyday, people bring the old world with them: memories, stories, traditions and feelings from the past that directly effect the new world. We are all shaped by the past, but it's difficult to properly realize how much these things weigh in our everyday life without reflecting on them. With a careful balance between the before and after, this album immortalizes one of the most significant periods of our lives" continues drummer Fabio Burchielli. Vocalist Andrea Sara adds "the album title represents change. It's the evolution and involution of situations, sensations and feelings. I can see my entire life in this album. I don't know if I like it or I am scared of it. I see a little bit of melancholy but I also see a lot of hope. I see my dreams. I am definitely in the new world at the moment."

In the foreboding album closer District Line, Filippo Pietrobon sings "all the lights are burning out." Indeed, they are...but not for this band. Ethienne is just getting started.

ETHIENNE is Andrea Sara (vocals, bass, keyboards), Filippo Pietrobon (vocals, rhythm guitar, bass), Marco Longo (lead guitar, bass) and Fabio Burchielli (drums, synthesizers). The Old And The New World was produced by Ethienne and recorded by sound engineer Giovanni Gasparini at Sound Clinic Studios in Padova. Andrea is also a member of post-rock labelmates I Am Sonic Rain. Ultrapop lyrics by Alexandra Brzezicka. Photo by Federica Giacomazzi. The band resides in Treviso, a small city of romantic canals in northeastern Italy about fifteen miles north of it's glamorous neighbor Venice. The city center of Treviso is surrounded by a medieval wall...a daily reminder to Ethienne of the old and the new world.

For Fans Of: Muse, Coldplay, The Cure, Cari Clara, Radiohead