by Our Lost Infantry 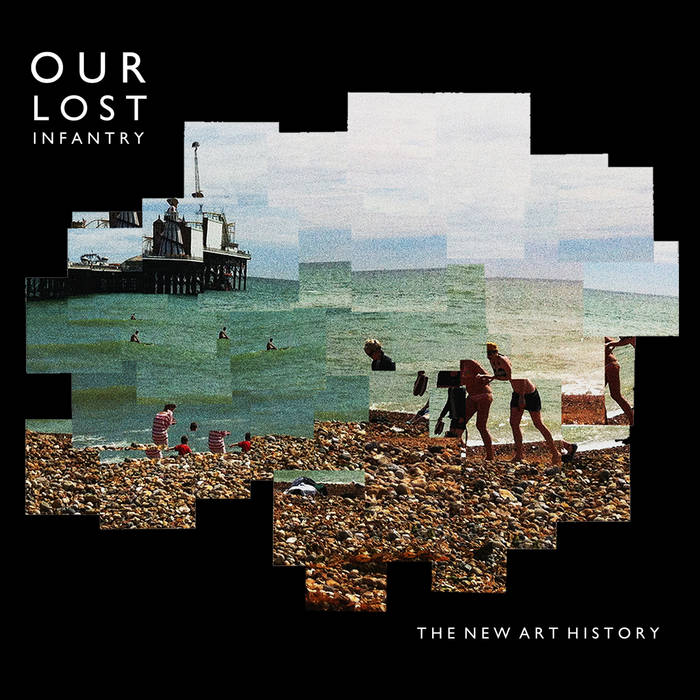 Anton Engdahl I was really surprised by how good this album is! Liked it a lot better than their old singles. Seems like these tracks have got more "depth" to them! Favorite track: Fearless.

OUR LOST INFANTRY aren't a band to be taken lightly...trust us on this one. With gutsy riffs, fearless choruses, breathtaking harmonies and a penchant to lean post-rock, this fad-free British quartet has harnessed the pure emotional power of all-out rock moments with quieter spells of delicate beauty to deliver a refreshingly potent "expect the unexpected" progressive art-rock debut. The band's grand scheme for The New Art History was to create a listening experience comprised of separate but linked musical sections with an overall lyrical flow...in essence creating what one might call the world's first "post-rock opera." And succeed they did, in droves...creating something astoundingly special, genuinely unique and unquestionably epic. Ticking all the boxes you could ever need ticked, every song is good as the rest, every moment as strong as the last. Our Lost Infantry have a stellar ability to convey hope, love, loss and fear within one almighty holler. All encompassing, ever evolving and completely enthralling, Our Lost Infantry can do no wrong. The New Art History is a true masterwork that will be reveled as a classic for years to come.

"The new art history movement was a re-examination of the canon in the light of new schools of thought. For me, these songs are doing a similar thing - looking over my life and thoughts, re-evaluating where I am and where I've been. I tend to write quite opaque words, which might not mean anything without a particular 'key' to unravel them. I hope this means there's meaning to be found in them over time, rather than immediate understanding. As for our band name, we wanted to capture the sense of the loss of childhood, and the fight not to become wage slaves. The word 'infantry' seemed perfect - the idea of a generation seen as an army trying to be as hopeful, open and happy as we were when we were children" says lead songsmith / guitarist / vocalist Thom Ashworth.

Drummer Michael Parkin continues, "We hope people enjoy the album purely as a listening experience in terms of the sonics we've created and the ebb and flow of instrumental and vocal parts. Equally, the lyrics take in love, loss, childhood, fatherhood, physics, theology and the work of Alan Ginsberg, so there is something for everyone. When we locked ourselves away to write this album, we were really keen to find our own sound that incorporated all of our influences and elements of previous songwriting efforts, but develop it into something we could really be proud of, and the kind of music we would want to listen to ourselves. We want people to be able to listen more than once and pick up new stuff every time they return, whether it's lyrical passages or sonic details. We hope people will hear new things on every repeated listen and that The New Art History will mean as much to them as it does to us. We have put our heart and soul into this record and are extremely proud of the results."

"Bursting with promise...best choruses of the year...the best possible start...pretty much perfect." - DIY

"Millimeter perfect artsy post-rock that is an absolute joy to listen to. Completely enthralling." - Hooked On Music

"Epic, melodious, brave...they really found their voice...a record worthy of breaking this band." - These Are Sounds

OUR LOST INFANTRY is Thom Ashworth (guitar / vocals), Joe Ashworth (bass / vocals), Matt Phelps (keyboards / vocals) and Michael Parkin (drums / vocals). The album was produced by Thom Ashworth and recorded, mixed and mastered at Opus Studios on the Surrey / Hampshire border. The band has played on the BBC Introducing stage, been interviewed and spun on BBC Radio 1 and BBC 6 and has already received critical acclaim from the likes of The Daily Star and a multitude of indie tastemakers. Our Lost Infantry recently released a video for "All The Streetlights Of My Hometown" (www.youtube.com/watch?v=4GyzvfcHtL4) which was shot in the Blefell Mountains in Telemark, Norway by director Jonas Grimeland. The band hails from the mean streets of Aldershot, England, approximately 30 miles southwest of London.

Recommended For Fans of: Brand New, Arcade Fire, Explosions In The Sky, Grammatics, She Bears