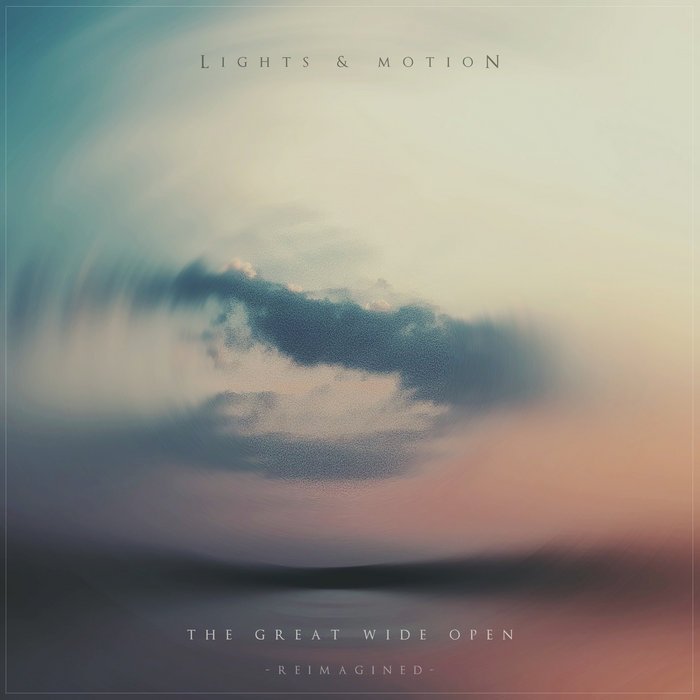 Deep Elm Records is pleased to announce the release of "The Great Wide Open - REIMAGINED" by LIGHTS & MOTION. The mini-album contains 6 brand new "reimagined" recordings composed in a different sonic vein and tonal aura than their predecessors which appear on The Great Wide Open full-length released in May 2020. The new arrangements find themselves in more ambient, atmospheric and ethereal territory, providing listeners with an inspiring distraction from recent world events and a peaceful calm in the head and the heart. Few artists can deliver such beauty time and time again. The new mini-album also included one entirely new track "Winter Solstice." (DER-612)

"When you’re writing music you go through so many different stages and iterations off a song, before you arrive at what will be the final version that you then present to the world. There are always many layers and versions that only you, as the creator, will ever hear. After I had finished writing and producing my latest album 'The Great Wide Open', the songs stayed with me even though the record was released, and I kept hearing the potential of doing completely different arrangements for them. In the following months, I began stripping them down to the bare bones to see If I could re-build them in a new and exciting way. A piece of music can be so many things, and in this re-imagining process I felt very inspired, as if the songs were asking to be looked at in a different light as well. Needless to say, it was fun to create these songs anew, and I’ve therefore decided to call this collection ”The Great Wide Open - Reimagined." II chose deconstruct six songs from my most recent fuil-length album and then focused in on the essence of each song. These are not simply re-mixed; they are brand new recordings. The original recording of 'Wolves' is very high energy featuring lots of electric guitars, bass and drums. The new 'Wolves - Reimagined' 'arrangement is almost entirely orchestral and acoustic which has a completely different emotional feel from the original version. 'Separated Hearts - Reimagined' is a beautiful ambient piece of music that ebbs-and-flows, going in reverse. 'A Speck Of Light' was another big song that I re-recorded with a very intimate piano, a solo-cello and a whole bunch of synthesizers creating 'A Speck Of Light - Reimagined," says Christoffer Franzen.

Recommended If You Like: U137, Floating In Space, Sigur Ros, M83, Hammock, Helios