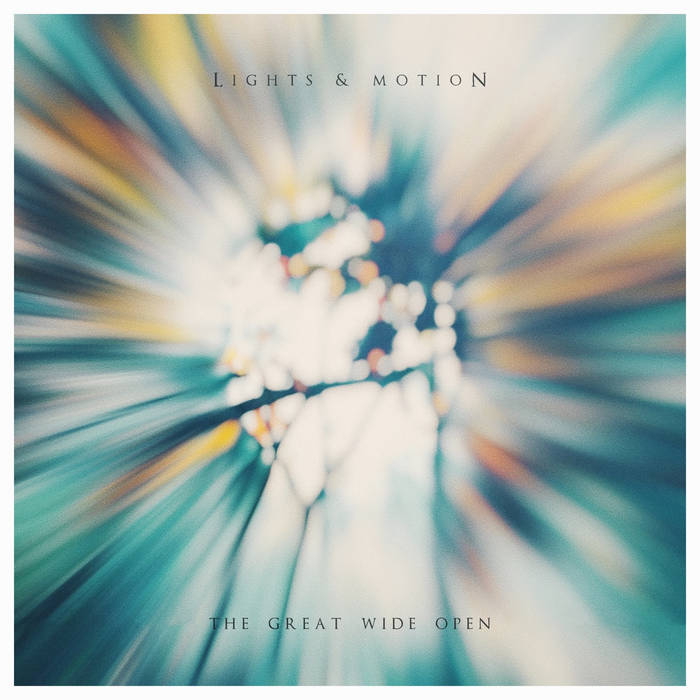 nofatclips 2nd listen: not only the album provides a great variety of musical moods, it also comes with a "reimagined" companion EP that adds a whole new level to the listening experience.

1st listen: updating the cliched aesthetics of post rock without actually rejecting them, this record embraces the ecstatically dreamy and the intensely dramatic, delivering a cinematic roller-coaster of emotions and goosebumps. Favorite track: Phoenix.

Pete Kowalsky Mystery, intrigue, build and give way to pure awe on this track. Too short - but utterly beautiful and amazing. One of Christoffer's finest works. If it doesn't strike a chord with you on a deeper level, then there might be something wrong with you. Not to be missed, under penalty of being a total garbage human being. :) Favorite track: Phoenix.

Agent K Christopher Franzen's genius is just beginning to shine its light outside the loyal legion of Bandcampers to the rest of the world his projects continue to enlighten.
Lights & Motion releases are essential collections for lovers of epic cinematic instrumental orchestrations.
There is little doubt that "The Great Wide Open" will continue in that tradition of sonic harmonic masterpieces from his body & soul.
Thankfully we got to experience this meteoric rise here on BC first. Favorite track: I See You (ft. Frida Sundemo).

The ability of every track on "The Great Wide Open" to evoke emotional intricacy on a universal level, to touch the heart without words, to transport you to a place where anything and everything is possible...this is the remarkable power of LIGHTS & MOTION. And over 120 Million plays on Spotify alone prove it. Among a dozen Hollywood movie trailers, music by Lights & Motion was most recently featured in the campaign for "The Way Back" directed by Gavin O'Connor and starring Ben Affleck. The NFL recently selected music by Lights & Motion to commemorate Tom Brady's departure from the New England Patriots. The band’s tireless frontman, Christoffer Franzen, just completed the original Film score for sci-fi thriller Sea Fever directed by Neasa Hardiman which hits US theaters this month. And while Franzen appeared on the cover of the "Gothenburg Post" with the caption "The Unknown Star," listeners and fans around the world have come to understand that Lights & Motion creates music you not only see and feel, but music that you remember…music that inspires and lifts us up.

"It's been more then three years since Lights & Motion last released a full-length album. And that’s been on purpose because I felt like I didn’t want to rush this writing process. I wanted to spread it out over a long period of time and really let it bloom organically, allowing myself to see where these songs would take me without putting a deadline on it. I found myself daydreaming about being away at different places, seeing new parts of the world and making up stories in my head...and trying my best to achieve that through music. Good music has always had the ability to transport me to other places, and that is how I have lived much of my inner life. I wanted to build a rich world of sounds, lights and colors that maybe could have that same effect on other people too, as an escape from their everyday life. Very early on in the process I decided that this album would be called 'The Great Wide Open' and I tailored my creative process to sit on top of those four words, which for me, have such an imaginative power not only physically, but spiritually too. I was looking for an escape too, and I found refuge in creating these songs that act as snapshots of time and place. As we’ve just left a decade behind us, I look back on it and it's been such a blur of amazing experiences and creativity. It was the decade where I finally found the courage to write and release the kind of music that I always wanted to create. As well, it's had its personal highs and lows. It's therefore fitting that I begin this new decade by releasing an album filled with songs that have becoming very near and dear to me, and that I hope will take on a life of their own now that they're getting ready to leave the solitude of my studio," says Franzen.

Franzen continues, "At the end of the day we are all just trying to connect, and that’s really what this record is all about for me. My biggest hope and ambition is that you will listen to this and find yourself discovering new places, even if you’re still lying at home in your bed or taking a walk around your neighborhood. There is a quote from Peter Pan that I keep returning to in periods of self-doubt and that really resonates with me, which goes, 'The moment you doubt whether you can fly, you cease for ever to be able to do it.' So take flight, whatever that means to you. The images you receive from music will definitely be different from the ones I receive, and that is a wonderful thing because our experiences are our own. I feel really grateful to have had the chance to write another long-form collection of songs, and now we arrive at the part which I enjoy the most; sharing them with the world."

The Great Wide Open was produced, recorded and mixed by Christoffer Franzen at Studio Evelyn in Gothenburg. Mastered by Dave Cooley at Elysian Masters in Los Angeles (M83, Paramore, Serge Gainsbourg). Featured vocalists include Johan Hasselblom on Wolves and Frida Sundemo on I See You. Album artwork by Christoffer Franzen. Photo by Fredrik Sellergen.