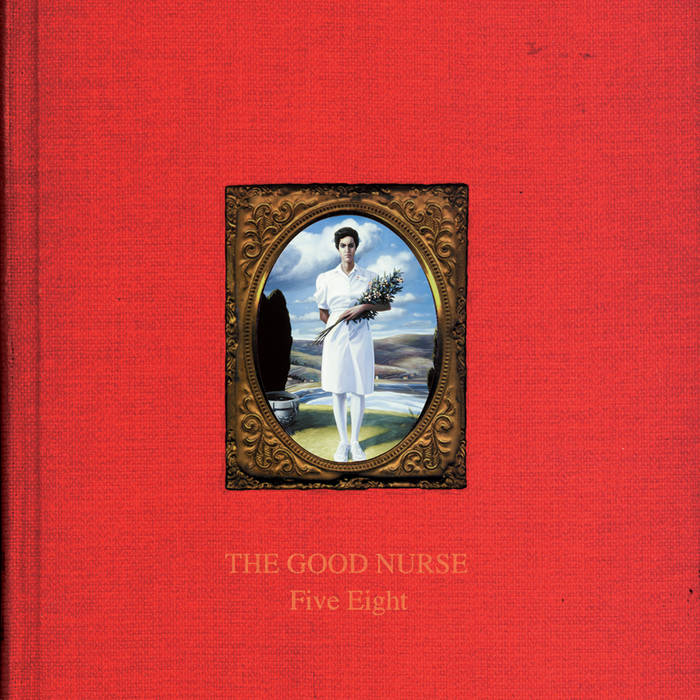 An intimate glimpse into the complex mind of Five Eight frontman Mike Mantione, The Good Nurse is a masterful chronicle of one man's obsession with mental health and physical illness. Narrated with songs that harbor themes of sickness, struggle and survival, this incredible concept record deals with those moments of dramatic change in our lives - many of which take place in a hospital. Filled with innovative arrangements, gut-wrenching ballads and poetic lyrics delivered through delicate whispers and impassioned roars - and all evidenced with Five Eight's glorious pop sensibility. As Mantione sings "this family only meets in hospitals and funerals" in the opening track, your heart will swell and ebb in empathy. A brilliant and original listening experience. (DER-384)

"The next time you go to the record store I suggest you pick up Five Eight's new disc. It's loaded with emotion and musical muscles to boast. Very much full of the hospital, my life in shambles, I'm in pain theme. Just imagine Jawbreaker's 'Accident Prone' turned into a full length. Now that's a ballsy analogy but I mean it. Mike Mantione expresses much of his inside, takes on some role writing and reaches success with this. This album is one of my favorites right now." - Semantics

"Methods and madness dominate The Good Nurse, Five Eight's painfully impassioned concept dirge. While music and medicine have been known to share a few beds in the rock world, it's never seemed quite this critical or bedridden. Intended as a sort of sickness study borne of a fixation by frontman Mike Mantione, The Good Nurse throbs with a Southern sideshow intensity previously absent in the Athens band's sweet jangle-pop, pumping up into soaring anthems and burning down into the midnight gibberish word association of creeping death and sleeping pills. Think Neil Young, feel Prozac. Littered with the no-one-smiling photos typically reserved for the space above your dead grandmother's bed, the liner notes only serve to further the elixir and death mysticism of Mantione's rural mantra. 'Something is scarred, I need defending. What did I do to bring it here?' he begs on Requiem, sincerity ringing like a sickness. Breathtaking, really. And deadly." - Magnet

"Mike Mantione and Five Eight have been playing woe-is-me rock a long time; they started back when most of today's emo-boys were still in grade school. Ever since the opening strains of 'Looking Up' on their official debut album 'I Learned Shut Up' in 1992, Five Eight has been all about putting psychological distress to music. With 'The Good Nurse', Mantione and Five Eight have eschewed larger-than-life rock for a more subtle, tension-filled sound. It's a disturbing, frustrated feeling that ties this album together. There is a stark absence of hooks and riffs, and standard pop structures are thrown out the window. The result is a stream-of-consciousness concept album that puts us in the hospital ward with Mr. Mantione and his character's manic, unbalanced mind. A friend of mine once remarked that in order to fully appreciate Five Eight, you must see them live; the studio somehow could not capture their magic. That could still ring true today, but I think that for the first time in their long career, the band has found their muse in the confines of the four walls of a recording studio. The genius is shining through." - MishMash