The End Of The Ring Wars 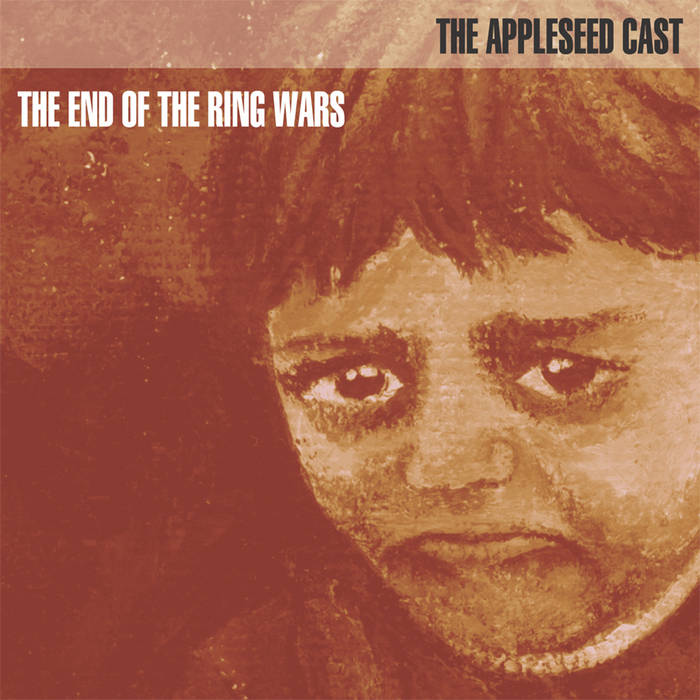 barb1378 I have owned this album for 22 years. It never gets old, in fact, I believe I appreciate this album more now than I did then. This is what indie rock should sound like. Amazing from start to finish. Favorite track: On Sidewalks.

A stunning display of powerful emotion shines from the post-hardcore glory that defines The Appleseed Cast. The End Of The Ring Wars is a moving story about tragic loss and the battle to overcome the sorrow that lingers on. Disturbingly honest and passionately-realized, The Appleseed Cast reminds us that sometimes the only way to feel alive is to grip closely the pain that made us who we are. This record will make your heart soar.

"Subtlety is not a word in Appleseed Cast's musical vocabulary. Every moment of the band's latest full-length effort, The End Of The Ring Wars, is wrought with raw emotion and passion. Whether expressed through aggressive, post-hardcore riffs, woeful guitar interludes or frontman Christopher Crisci's strained, yet powerful vocals, the band's message remains crystal clear: Sometimes life is a bitch, but the only way to deal with it is to hit back with equal force. Tthe Kansas quartet distinguishes itself by using dynamic song structures (sometimes incorporating piano and saxophone melodies), hurricane-force rhythms and ultra-vivid lyrics to paint bold portraits of Crisci's pain." - CMJ

"The music of The End Of The Ring Wars has stuck with me, days and weeks later, filtered into my subconscious mind. I've caught myself humming a beautiful little melody, with no clue where it came from...until I listened to the record again, and it suddenly appeared as the intro to "Marigold & Patchwork." This album IS a very beautiful album, just more subtle than a lot of others out there. The melodies are the sweetest I've heard this side of Spent's first album, the choruses are majestic and swaying, and the songs themselves are drawn-out and shimmering, almost enough to even forget there are lyrics to the songs. "Stars" is almost dreampop, more Spiritualized than "emo" and even features a nice saxophone part. On the other side of the coin, the angry rejection song "The Last Ring" cranks up the noise, never losing the underlying sad beauty, and "16 Days" speeds along like a night-time drive on an empty highway. The music on The End of the Ring Wars will remain with you and creep up on you when you're not even thinking about it." - Space City Rock