The Cost Of Living 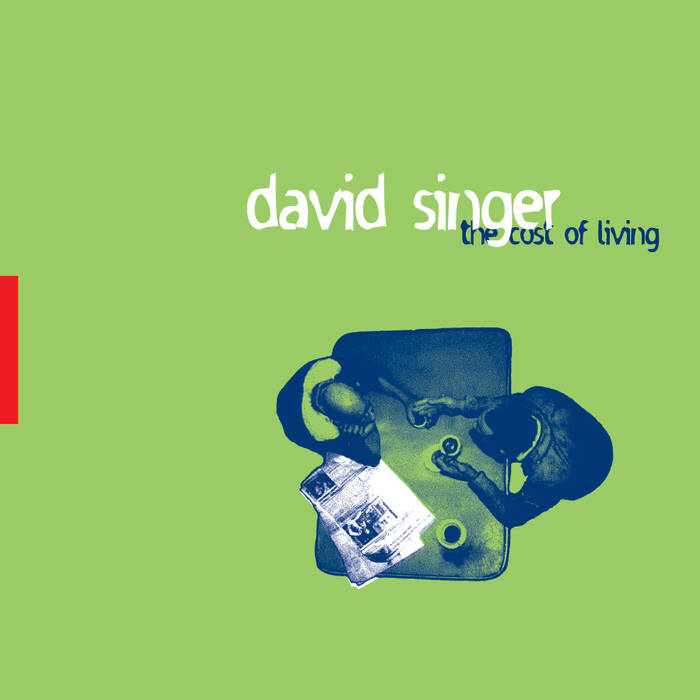 Veering from tender ballads and swirling samples to intellectual pop and tape loop experimentation, The Cost Of LIving is an album of exquisitely crafted rock songs, lush orchestration and sophisticated lyrics. From the psychedelic wonder of "The Accident" to the fragile beauty of "Hawaii," from the ornate loops of "That's Not Me" to the bruising sincerity of the title track, it's an incredibly varied yet cohesive record. David Singer's lyrics are penetrating and poetic to the core, but fragile and unpretentious in a way that makes each song unusually personal to the listener. With subject matter including car crashes and one night stands, existential longing and evolution, introspection and hopeful sweetness, this is undoubtedly one of the most sincere records of 2001. (DER-398)

"A record that so beautifully unleashes the essence of pop, this is the promise of the debut solo album from David Singer. The Cost of Living begins with the dreamy piano rock tale of the surreal experience of wrapping your car around a tree in the middle of the night on an empty highway. The Accidents' brilliant, melodic songwriting, reminiscent of Stephen Merritt of the Magnetic Fields, is perfectly complemented with David Singer's sleepy falsetto and in-awe lyrics: 'I pulled myself out through the windshield and saw that/the night was as wide as the sea/I brushed all the flecks of glass out of my hair and/I counted the stars I could see.' The effect nearly turns your heart inside out and rockets you through the cosmos of an unspoken flood of emotion. The title track shows off Singer's pop prowess and knack for Beatles-esque horns, 'Base of My Skull' would fit nicely alongside Bob Mould's sugary, heartfelt rock confessionals and 'Will' reaches Elliot Smith's range of late Beatles love." - All Music Guide

"The Cost Of Living is a remarkably good album. It's lush, warm sophisticated orchestrated pop...exceptional songs, crafted so well. Perhaps like The Beatles via Pavement or very tender Deus, David Singer shows intellectual restraint and sweeping understatement, introspective fragility and existential longing. A fine, fine album from a singer on the level of Elliot Smith, Steven Malkamus and Beck. Beautiful." - Organart

"David Singer writes songs that conjure up that eerie edge between nightmares and sweet dreams. It's a funky melange of pop, electro-hip hop with a rock sensibility, and a small dollop of shoegazing for those of us who aren't quite over that. Singer's voice is quite diversified, conveying everything from simpering doubt to ironic retrospection." - MetroMix

"The Cost Of Living serves as a perfect spotlight for David Singer's particular and impressively developed songwriting talent. Freed of the inevitable compromises one makes in the context of a band, Singer's classic pop sensibility flourishes, proving him to be as skilled with a Beatlesque hook as he is with more textured, songwriterly twists of melody and phrase. His strongest suit, in fact, may be his lyrics. Singer is undoubtedly a young songwriter to watch." - CMJ