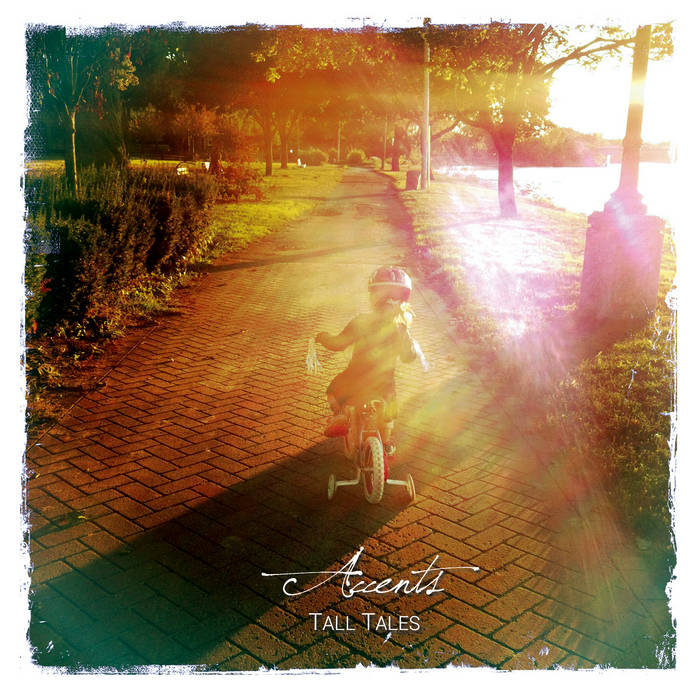 Bathory Blaze This album gets better every time I listen to it. Love this band. Favorite track: Artist In Denial.

Agent K A Hidden Gem of a Band on Deep Elm Records.
The fact that these guys are not a "household name brand" band is a crime.
Every bit as compelling as Mumford & Sons, Of Monsters & Men, Lumineers, and other bands of their ilk.
Lauren Alexander's harmonizing female vocalizations compel these tunes into the stratosphere.
Great Songwriting, instrumentation, and performances. Favorite track: Los Angeles.

In mid 2012, ACCENTS came out of nowhere with an astonishingly mature debut "Growth And Squalor" that bled pure indie rock bliss. Now back as a five-piece, the soon to be heralded Tall Tales (featuring "Hold Me Close") sounds more like their fourth or fifth album together, not a sophomore effort with three new members. Certain to cement the band as far more than a one-genre pony, Tall Tales epitomizes synergy among musicians. Listening to the album is like peering into a complex machine, observing every individual element as it performs it's critical function...all pieces and parts focused towards the same end. Tall Tales offers a diverse set of songs with a wide range of styles, but it's the honesty behind every note, every melody and every lyric that undeniably threads them all together. Whether the tale you're listening to is fact or fiction, one thing that's certain is that it's the absolute, concentrated best of what each of these fine musicians has inside themselves.

"The whole idea behind Tall Tales is looking at the stories we are told as children, and reconciling them with where we end up as adults. When we're kids, we have the entire world in front of us. And these stories give us hope. But our life trajectories often don't align with those imaginary places we dreamt of as children. Our paths may change based on the experiences we have and the people we meet. Although our destinations don't always match what we hoped for as kids, we shouldn't cherish them any less," says lead vocalist TJ Foster. "To me, this album is not about growing up. It is an album about being 'grown-up' and looking back on all of our triumphs and mistakes. It's an album about being at peace with who you are, not wishing you were someone else. What TJ captures so well in his lyrics is that while our destinations are not always what we hoped, it does not make them any less worthwhile" adds guitarist Jordan Stewart. TJ continues, "The trick is figuring out how to balance the lessons we learned as kids with the ones the world itself teaches us. Because when chasing your dreams becomes impossibly difficult or that sense of childlike hopefulness all but disappears, there's still plenty worth finding beauty in. Lyrically, Tall Tales comes from a place of reflection, not anger or resentment. We hope people take a message of positivity from these songs. We all have stories to tell. We all have experiences to share. And they shape us into who we are today. Often times reality is more beautiful than fiction."

Bassist Matt Bent finishes, "Music is one of the very few things that can bring people together from all walks of life to feel something they cannot describe. It's a sense of unity, which today, is not easy to come by. We are constantly reminded of our differences, and are pressured into comparing ourselves to each other in a most unhealthy way. I hope that when people listen to this album, they can find a connection with us, and the songs therein. This album is a reflection of all that Accents stands for and believes in."

"Genre-mashing gold...giving each its moment in the sun. Fascinating." - Indie Clauses

"An undeniably thoughtful and heartfelt album that raises the bar for indie musicians everywhere." - Infectious

Accents is TJ Foster (vocals, guitars, keyboards, ukulele), Benjamin Hemingway (drums, percussion, keyboards, vocals), Lauren Alexander (vocals, cornet), Jordan Stewart (guitar, mandolin) and Matt Bent (bass, vocals). Lauren, Jordan and Matt are now full-time members of Accents. They reside in Albany, NY. Tall Tales was produced by Accents and engineered by TJ Foster and Ben Hemingway at Telegraph Recording (Moving Mountains, Ace Enders, The Audition) in Poughkeepsie, NY during the Fall of 2013. The album was mixed and mastered by Mike Kalajian (The Narrative, Athletics, Moving Mountains). Both TJ and Jordan are members of post-rock outfit and Deep Elm labelmates The Cast Before The Break. Accents (at the time a duo including TJ and Ben) released their debut "Growth And Squalor" on Deep Elm in 2012 and received much critical acclaim including, "One of the best albums of the year [9.5/10]" from Absolute Punk. Band photo by Victor Rodriguez. Cover photo by TJ Foster.