by Pave The Rocket 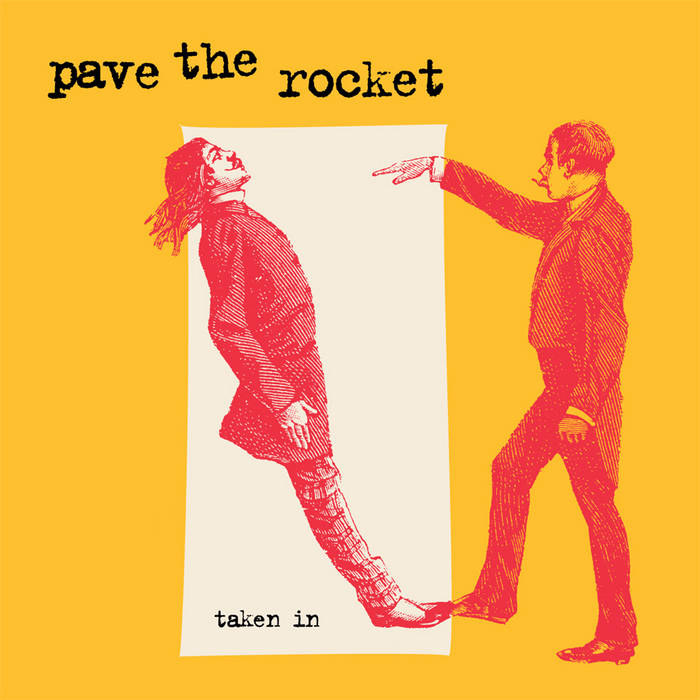 Pave The Rocket's passionate outpouring and potent dissonance bleeds from a four member St. Louis dynamo including a brother and sister team on guitar. United, they are a powerful combination of emotional songwriting, intense lyrics and moving live performance...but it does not end there. Dynamic sensibility, integrity and a desire to challenge listeners - that is what Pave The Rocket is about. Their debut Taken In has been accused of running an emotionally prismatic all-consuming sonic hailstorm that leaves nearly everyone who listens thinking "this IS for real." They're raucous, heavy and compelling on stage. Bands just do not come with more precision alignment. Unreleased song "Zone" on Emo Diaries 1. (DER-365)

"A bewildering array of textures and tones. Reflective moody passages detonated into exhilarating shards of nervy noise. Intense and emotional without veering into generic angst, adding fresh blows to the US underground armory." - Kerrang

"Pave The Rocket has the potential to give emo a much needed kick. Taken In is an album of brooding, calculated music with lyrics that expose heart and soul, intensely fueled by forceful guitarwork. The interplay between tender strumming and more ferocious, arm-pumping guitar string abuse is stunning." - CMJ

"A brilliant release. Taken In's eleven tracks swerve back and forth between quite, moody passages and daring outbursts with the unpredictability of a drunk driver trying to navigate a mountain road. A ruthless aural assault." - Exclaim

"Pave The Rocket have a static, discordant sound that retains forgotten things like structure and melody. The guitar pyrotechnics are pretty damned cool, but the vocals are even better. The band has more than one sound...they can be harsh, spastic and soothing all at the same time. Unique and intriguing..." - BabySue