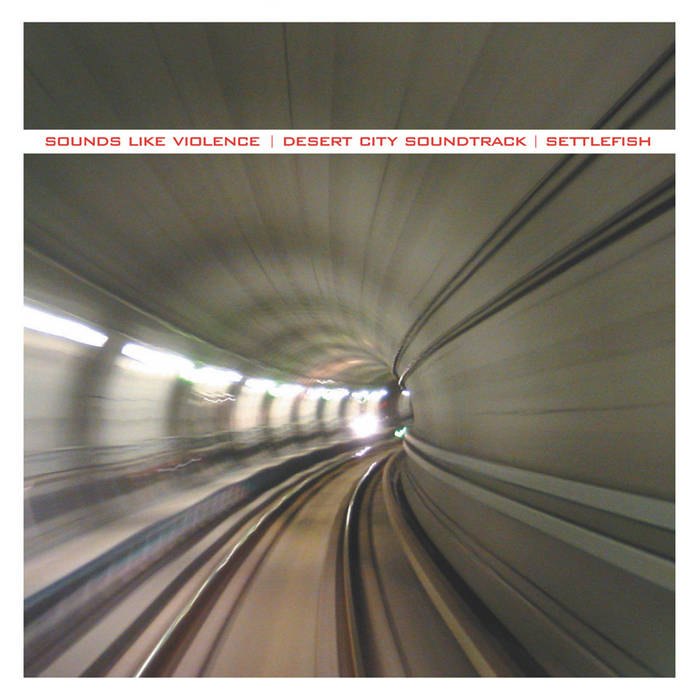 Sweden's phenomenal Sounds Like Violence begins the record with an impressive example of what this young band is capable of, and also highlights everything that's right with their debut The Pistol. Though only one song, it's insanely passionate, highlighted by Soderlund's pushed-to-the-brink vocals, razor-sharp guitar swipes and frantic rhythm section. Settlefish carries the fiery torch...the stout, rolling bass lines and jerky, kinetic guitars are a respectful nod to indie rock's forefathers, and Jonathan Clancy's dynamic singing is easily the most electric he's been on record. Continuing on the path of unpredictability, Desert City Soundtrack is simply breathtaking, welding their piano-based songwriting with the sounds of hardcore past. DCS takes the best parts of their debut Funeral Car's melancholy songwriting, but assaults the listener in a hailstorm-finale of keys, pummeling drums and bass and sprawling guitar feedback. These three labelmates represent unique sounds from different regions of the world, but share the common desire to innovate, challenge...and tear you up from the inside out. (DER-437)

"This latest release is unquestionably the best of Deep Elm's split EP series, and goes down as one of the finest underground rock records of the year. Sounds Like Violence begins, a band that never seem to be short of energy. You Push Me Up The Stairs is a rip-roaring rock beast, with vocals that sound like they are screaming for their life. I consider SLV to be the very best new band I've heard in at least three years. Don't miss out because they'll knock you out. Desert City Soundtrack play yearning passionate, piano-based hardcore. Many think they are the best band on Deep Elm, and this is music that is hard to ignore. Settlefish have a slightly more experimental sound, with a touch of Pavement and Sonic Youth. Luckily, they don't let experimentation overwhelm them and write some touching, intelligent songs. While their debut album was an engaging listen, these few songs suggest the best is yet to come. All three bands demand your attention and this is a record that won't let you down. Highly recommended." - Penny Black Music

"This three way powerfest from Deep Elm is a healthy serving of the barbaric beauty for which this hardworking indie label has won worldwide renown. Of the three, Desert City Soundtrack is my favorite and is one of the few bands that gives me chills with the sheer nerve of what they're doing musically. Their high-intensity theatrics are daring and caustic, wretched and angelic. Their two tracks showcase their love of blistering vocals and languid piano in the same song. Three songs from Italy's Settlefish showcase a hardcore band growing bolder and more secure in their methods. They pummel the listener with Dischord-like ferocity, the vocalist coming across like an animal with a thorn in his soul. Settlefish's raw post-hardcore should appeal to all fans of powerful and reckless music. They hold nothing back. The third act is Sounds Like Violence with a song that is noisy and aggressive. It packs an angry punch. This split shows that Deep Elm is still a label to reckon with." - Culture Bunker