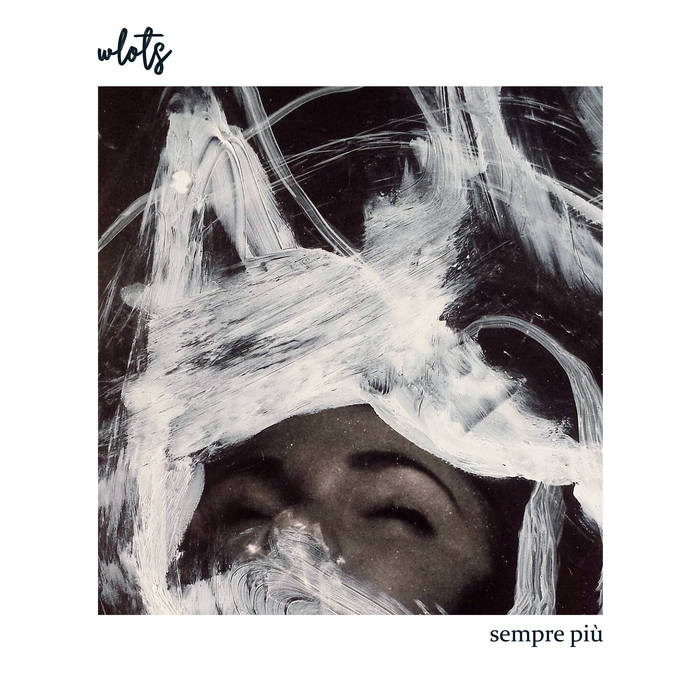 nofatclips 2nd listen: tragic, intense, poweful, enthralling... when was the last time I used all these words for a single record?

1st listen: these guys remind me of Moneen (I try to be more open now, but back in the days, Moneen was the only band that would make me listen to this genre) Love the ending. Favorite track: Nothing Ever Happens.

On their full-length debut Sempre Più, post-hardcore / screamo outfit WLOTS (pronounced “vuh-lots”) offers a unique take on this genre's roots with a sound that harkens back to the early 2000’s while retaining a firm foothold in the band's dark and dreamy modern world. For its members, Wlots is a kinetic outlet for both calmer songs like My Morii and faster / heavier / crazier songs like Bitter Lemon alike, all set against a backdrop of snarling pain and somber emotion.

Revolving around turbulent feelings drawn from life experiences, a neighbor’s suicide and the death of a close friend, the eleven track album focuses on the relationship with self, self-esteem (and/or the lack thereof), isolation, confrontation and turning points. The italian phrase “sempre più” (which means “ever increasing”) refers to the context of the album’s narrative, embodying the downward spiral caused by depression and mental health issues. With a central theme of everything going increasingly wrong, the album tells a number of stories about how one's bleak mental state can often result in one’s own isolation. So listeners be warned, this is not a fun-loving record...but a must-listen for anyone who likes genuine, legitimate, true emotion. An angry, raw and honest collection of songs delivered with unflinching sincerity and intensity, Sempre Più is a deeply human album that is impossible to listen through without being moved.

“The first half of the album tells a number of stories about different characters and how their lack of self-esteem and poor relationship with themselves affect their lives and ultimately leads to a turning point for them. The turning point is portrayed in Chiasso (meaning "uproar") which illustrates the violent confrontation within themselves. The second half is centered around the discord within a particular individual including a prologue (Learning to Love Myself) and an aftermath (Nothing Ever Happens). In the aftermath, the protagonist has taken his own life. This song comments on how such tragedy is so commonplace that we often look past the impact it has on the individual’s relationships. In the ending scene Adagio, you can hear the significant other of the late protagonist. The lover is still oblivious to what has happened and ironically says goodbye to a person that has already passed on," says bassist Alexander Reinthal.

Alexander continues, “There are three tracks which are intimately connected with our own experiences in life (Bitter Lemon, I Hate My Friends and My Morii). Here, the protagonist’s self-loathing impacts their lives in a negative way, resulting in various personal forms of isolation. These events are what inspired us to write this record. We have found through experience that the relationship with ‘self’ has a very real impact on our mental health and the people close to us. Although the record is more about being smack in the middle of it all and feeling overwhelmed, the message that we want to get across is that you should treasure your relationship with yourself.”

"Sempre Più is quite the fitting name for this album, as the build-ups and breaks-downs of this album are amazing! Most if not all songs evolve and progress and are indeed, ever increasing. This is an impressive collection of songs, particularly because of the introductions. Each song carries an intro of anticipation and is what impressed me the most with the album. Treat your ears to 'Bitter Lemon', but take special note of the drums, they will really capture your attention. The lead singer has an impressive range. What can WLOTS do with a few interludes? A lot I tell ya. Every piece tells a story. 'Adagio' is a great example. This album covers a lot of ground. It is structured so well as individual songs and as a whole. You’re interested throughout album because you can really feel the emotion pouring from the band. Sempre Piu takes you on a journey of musical rage." - Sound The Sirens