Save Yourself A Lifetime

by Burns Out Bright 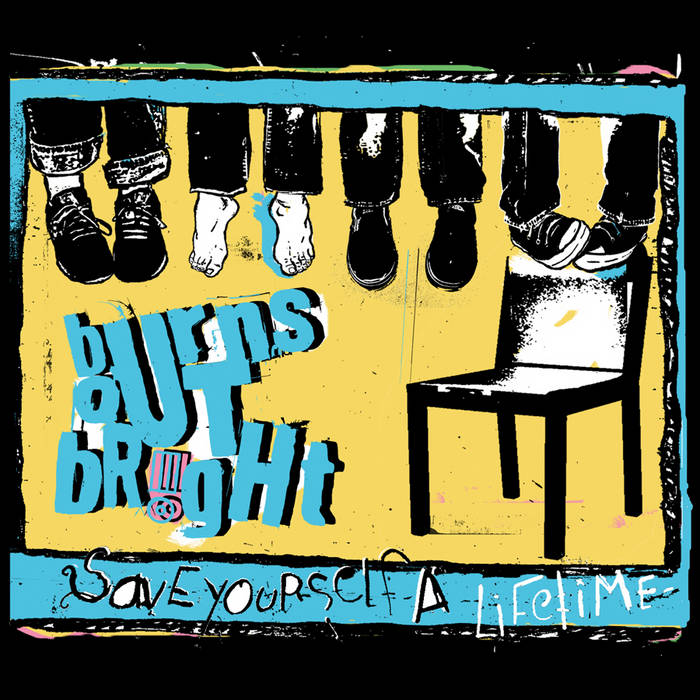 Larry Parker Amazing album from an even more amazing local band. Favorite track: Replication Is The Highest Form Of Replication.

Mike I bought their EP and loved it. Thought I'd grab the full length. Its really great too! Favorite track: The World Is Going To Hell, We Don't Have A Record Deal And I've Never Been Happier In My Life.

Dodging the pitfalls and landmines associated with the inane world of mainstream music - and the mindless crowds that follow - has made Burns Out Bright sharper, stronger, more assured of their abilities and purpose...and maybe a little pissed off too. It's a potent mix that finds Save Yourself A Lifetime reaching for rich textures, dynamic song structure and biting commentary instead of tired cliches. The qualities that endeared Burns Out Bright to fans and critics alike on their Distance And Darkness EP are here, only tenfold. The guitars attack with burly chords and rapid fire riffs that ricochet from graceful arpeggios and agile picking, while the frenetic percussion and propulsive bass charge with reckless abandon. The melodies are spot on, adding bite and sarcasm to the mix, but not without the sustained honesty and yearning with which lead vocalist Isaac Stone has always penetrated our hearts. Recorded by the highly talented Drewcifer LeClair, this record is fucking mint. (DER-447)

"After hearing Save Yourself A Lifetime and spending some time with it, I can understand completely what people are fussing about. Burns Out Bright never lets up as it chugs from one song to the next, making a record chock full of sing-a-long anthems. These guys have perfected a sound that mixes everything from punk to emo to hardcore to indie. So many bands try to spice up their music by including so many elements, but majority of them fall flat on their face and end up creating a huge mess. Burns Out Bright, however, have mastered a sound which includes a mix of styles without overdoing it, while still incorporating a flavor of their own. Hopefully, you will be be as moved by it as I was. Save Yourself A Lifetime may take some time, but the lasting result is more than worth it; I, for one, am in love with it." - Absolute Punk

"First off, this has got to be the most daring layout in ages. This just looks so bloody good. Fortunately, the quality doesn't stop at the way this thing looks because Burns Out Bright has delivered quite the debut with Save Yourself A Lifetime. It's melodic punk like never heard before. The band slaved over this thing for two years, and it shows. It's ambitious, determined and thought-provoking. When it comes down to it, a band like Burns Out Bright, young guys who are not concerned with any of trappings of the music industry in their quest to simply make good music, is such a rarity right now. Let's put these guys up in the echelon of truly heartfelt bands and hope they persevere and become one of punk's shining beacons, bright and burning." - Wonkavision

"I don't need to go on and on about Burns Out Bright because the music does the talking; it's brilliant. For me Save Yourself A Lifetime is an excellent record from start to finish and the band's best moment so far by a country mile. From the exquisite artwork to the angry undertone of each track, this takes in all kinds of influences, yet comes up trumps with a record that sounds absolutely brilliant. While Save Yourself A Lifetime is a record steeped in anger, Burns Out Bright's message isn't diluted or lost in the quality of the record as each song is stacked with twists, turns and plenty of melodies. Get this record now." - Punktastic