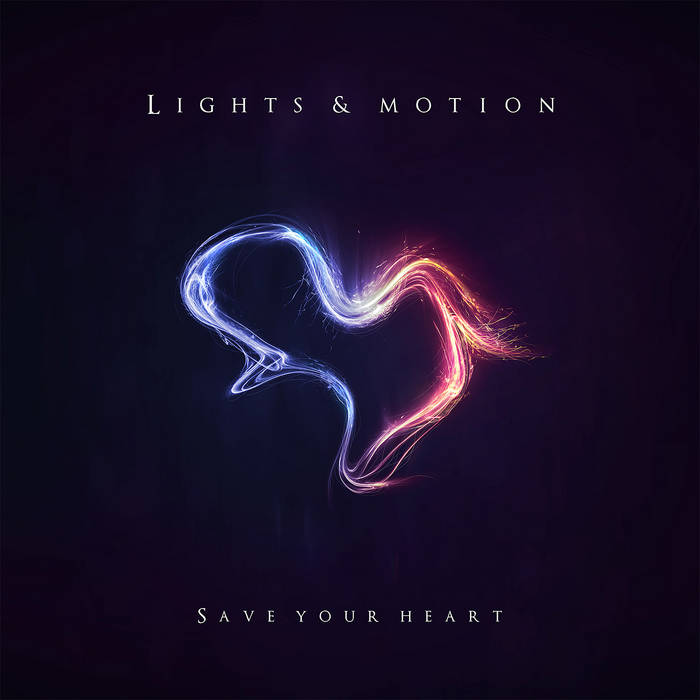 Sven B. Schreiber (sbs) This is cinematic post-rock in utmost perfection. Can music be any more beautiful? Christoffer Franzén's sense of melody, harmony, and sound is just marvelous. Favorite track: Sparks.

Caleb Bratcher How one man can produce such vivid music eludes me Favorite track: Sparks.

Epic. Stunning. Moving. Deep. Spectacular. Brilliant. Magical. Inspirational. Captivating. Masterful. Perfect. Those are just a handful of the words used by the media to describe the music of cinematic post-rock powerhouse LIGHTS & MOTION. The band's debut, Reanimation (released in January 2013), has been called "the greatest debut album in post-rock history" and "album of the year" by several critics. And believe you me, they're weren't lying. Now imagine having a sophomore full-length ready for release just several months later? Few artists would yearn to be standing in shoes that big, smothered in pressure, knee deep in expectation. Enter LIGHTS & MOTION's braintrust: 25 year old self-taught, multi-instrumentalist, songwriter, composer, producer, engineer, mixer and musical savant Christoffer Franzen. On his own, Franzen created every song on Save Your Heart in real-time during late night insomniac sessions awash in pure accident, imagination and improvisation. And the result? History. Tears of wonder, respect and admiration for the sheer magnitude and utter beauty of Save Your Heart will run down many a face after just one listen, as they did mine. This is what it sounds like in Heaven above. This is the music of angels.

"A year in the making and a many lonely nights have crystallized themselves into my new album Save Your Heart. In January, I gathered the courage to release my debut Reanimation and I haven't stopped since. In fact, I've barely left the studio all together. This isn't just music to me. This IS me. This is me doing the thing I love and sharing the things that I am most afraid of. Save Your Heart is about not giving up on those things that make you lose track of time, feel alive and realize there is something that you were born to do. Music is that way for me, and it has always been. At the same time, I know it's easy to give up on your dreams, because it takes courage and plenty of sacrifice. Vision and inspiration demand execution. So this new album isn't just eleven songs gathered in one place. It's my past and my present, it's my confidence and my insecurities, it's my brightest days and my darkest nights. Every day, I do my best not to lose sight of my dreams" says Franzen.

Franzen continues "I wanted Save Your Heart to have more of a blueish or violet color in terms of sonic identity. In comparison, Reanimation had more of a yellowish tone. I realize that may come across as somewhat abstract, but I often think of music in terms of colors. I consider myself to be more and more of a painter of sound. It always starts out with a simple brush stroke. Depending on the mood, I change the color and intensity of each following stroke and suddenly the whole impression of what that piece was drastically changes. I compose with layers and depth, and it's often the slightest thing that makes the whole song turn into a new direction, often one I didn't see coming. I get this overwhelming urge to communicate something. That turns into a vision that's clear to me, but at the same time it's blurry in the periphery. I know where I want to go, and once I'm there, I just feel it. On Save Your Heart, I wanted to push the sound of Lights & Motion further out, reaching upwards towards the stratosphere, higher up in the ether of space while daring to be bolder in both statement and style. Save Your Heart takes off where Reanimation left off, yet it retains a familiarity that is the Lights & Motion sound. I'm happy, excited and humbled to be sharing with you what I have been dreaming about lately..."

"This is bound to be one of the most talked-about albums of the year. Franzen is a magician." - Stitched

LIGHTS & MOTION is Christoffer Franzen. Save Your Heart was produced, recorded and mixed by Franzen at UpSweden Studio and mastered by Daniel Muhr at Mastringshuset. Franzen plays all instruments on the album. Artwork by Elias Klingen. Backing vocals and harmonies on "Shimmer" and "Bright Eyes" by Linnea Herlogsson. Additional harmony on "Shimmer" by Chris Andersson. Photo by Fredrik Sellergren. The band released a video for "Home" and is currently in production on a video for "The March", both which appear on Reanimation. Franzen declines all requests to show his face as he wishes people to focus on his music, not his person. He resides in Gothenburg, Sweden.