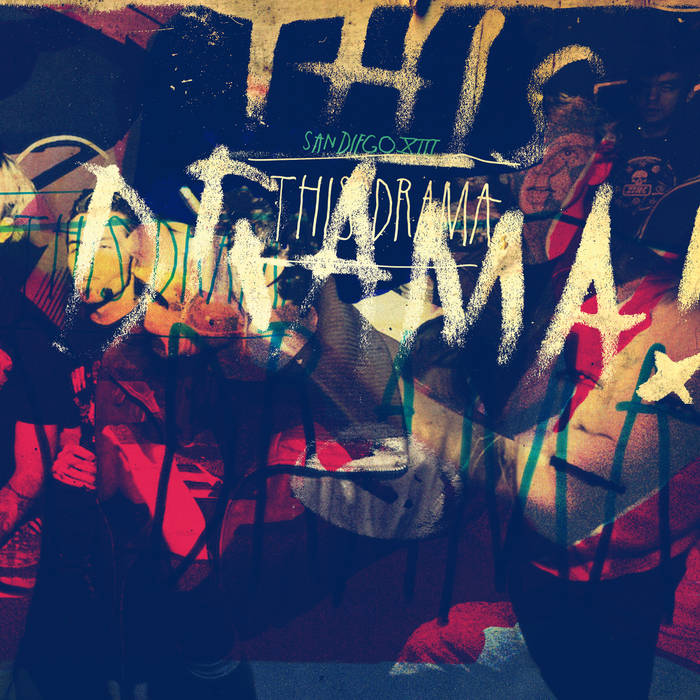 All artistic manifestation, all social response, has its trigger, its condition, its motive, its reason for being and lasting. This Drama isn't an exception. This Drama is forged with a sense of urgency, immediacy...incubated and neutered with losers pride, with excess, with irony, hate and needs. Tired of the general attitude of the industry, of routine in rock and the pathetic passion for the mainstream, This Drama decided to make a clean break from effects and technical obsession in favor of emotions, intensity, the live show, of freshness...of music. Punk, rock 'n roll, whatever-core...name it any way you want. This is music at its purest...and with no makeup. "When we started the band, we spent the first year trying to find a direction far removed from our previous projects and the tired, boring, mainstream wannabe spanish music scene. The music flowed and after play-shows-to-death touring we finally found ourselves in our comfortable own way and excited with the evolution of our musical direction. It was a rebirth" says vocalist Asdrubal Marichal. "San Diego XIII is the name of the street where everything happens for us, where we rehearse, where the band was born and raised. The album embodies our musical direction perfectly, our inspiration (Southern California) and our influences...rising somewhere between our passion for the rage of the 80s American punk rock scene, our respect for the germ of 70s UK punk and our love for the worldwide underground music movement." The result: San Diego XIII is hot as f*ck.

"Spanish rockers This Drama blend the sounds of predecessors Tokyo Sex Destruction, add in more Fugazi influenced chords, and takes rhythm and tempo cues from skate punk acts like JFA and Los Olvidados to come up with their signature style of raucous rock. Lead single 'She Had a Knife' is an incredible track that injects new life into a long-suffering genre. 'Panic Attack' and the instrumental 'Fish Taco' are simply stellar cuts. San Diego XIII is likely to start fanatical devotion." - Verbicide

"Prepare your senses for some seriously angular guitar work that surprises you around each corner, and lots of high-energy vocal lines courtesy of Asdrubal Marichal, and if you pay close enough attention hints of some of the more explosive work by experimental post-hardcore pioneers Fugazi. They play a vibrant, frantic style of tropical punk not much unlike that spearheaded by Cactus's, with a pinch of urgency from The Bronx, and a good deal of intensity that's almost certainly inspired by seminal post-punk thrashers Fucked Up. Lots of songs cruise by with a distinct Spanish/So-Cal vibe cocktail, inspiring thoughts of sandy beaches, palm trees and cocktails materializing in the midst of a Bear Vs Shark show. Listen and you'll know exactly what I mean. Absolutely worth checking out. Urgency and intensity by the boatload." - RockFreaks

"San Diego XIII is a great punk rock record a la Riverboat Gamblers or The Bronx, poppy enough to sing along with but with the driving irresistible force of a fat lady rushing at a buffet line. This Drama definitely makes a statement about their intentions to fucking rock on this debut, which is as energetic a presentation of angst-ey, danc-ey awesomeness as anything released by their contemporaries in recent memory. With the shortest track clocking in at 53 seconds and the longest at seven minutes, San Diego XIII delivers its medicine in small doses as well as in epic curative cocktails of meaty guitar riffs and catchy vocals with even a few handclaps thrown in for good measure. Overall, this 'social response' stands out as a great example of what can happen halfway around the world (the band resides in the Canary Islands, Spain) when a group of guys get together and is triggered by a mutual love of an American-refined genre of music." - Reax Music