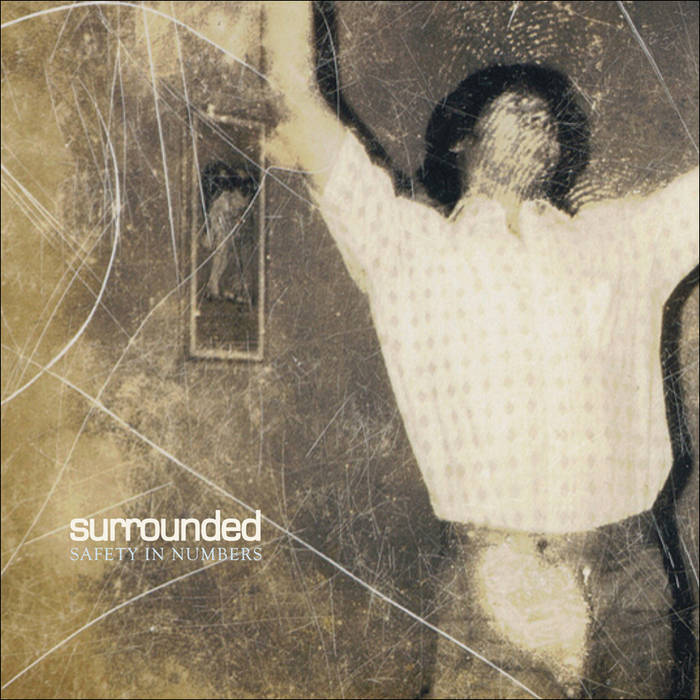 Masters of the celestial epic, Surrounded creates atmospheres of fragile beauty by blending surrealist lyrics, mournful melodies, orchestral flourishes and spacey experimentalism with a subtle, cinematic sway from lo-fi to hi-fi. Encompassing a strangely beautiful rainbow of sound and emotion that twinkles beneath layers of cello, mellotron, radio chatter and synthesizers, their debut Safety In Numbers envelops the listener with an entrancing collection of songs that range from the innocent to the insane, the troubled to the tender, the sweet to the sad. It's the sharp drumming, smart guitars and steady basslines that add just the right depth to each miniature symphony, helping to maintain focus on the band's rock foundations. A kindred spirit to The Flaming Lips, Sparklehorse and Mercury Rev, vocalist Marten Rydell pours his cryptic heart into each song, poignantly exploring the human condition through lyrical metaphors including kitten murders, plastic autocrats, brainwash mags, flattering clowns and crowds of apes. Remote industrial towns of the western world have long been regarded at the perfect soil for artistic breeding. Few bands epitomize this more accurately than Vaxjo, Sweden's Surrounded. (DER-428)

"One aural peek into Safety In Numbers from Surrounded and you'll chalk up another victory for Sweden, as drums crack like burning wood and synths backfire like classic Mercury Rev. And then there are melodies here that resonate the power of gospels and slide in the air like broadcast signals barely revealed underneath all the layers but always felt. Epic? Certainly. But like most Swedish bands, it isn't length or the cosmetics that make them so great; simply the gorgeous songs. Surrounded's might be longer than most of their fellow countrymen, but they're every ounce as emotionally weighted and spiritually swollen." - Lollipop

"Surrounded creates a truly celestial, compelling record with Safety In Numbers that communicates a meek and frail beauty; an ultimate idea that in some ways can be touched and embraced, yet in reality is always just a fingertip away. Singer Marten Rydell is cryptic, but at the same time earnest and pleading. The ethereal, masterfully orchestrated music can sometimes disconnect one from his grim tales of kitten murders and crowds of apes, but serves to provide a shocking, invigorating reconnection." - Bandoppler

"Surrounded creates lush, modern rock on its artfully crafted debut album, Safety In Numbers. Launched with Linear Elevator, a mournful but captivating instrumental stomp, the disc soon drifts into the abundant soundscape of Exit Serenade. Safety In Numbers gives a little more away with each listen, and with adventurous songcraft like this, it's doubtful that disciples of Mercury Rev and Sparklehorse will mind dissecting pieces of this triumphant entry." - Allmusic