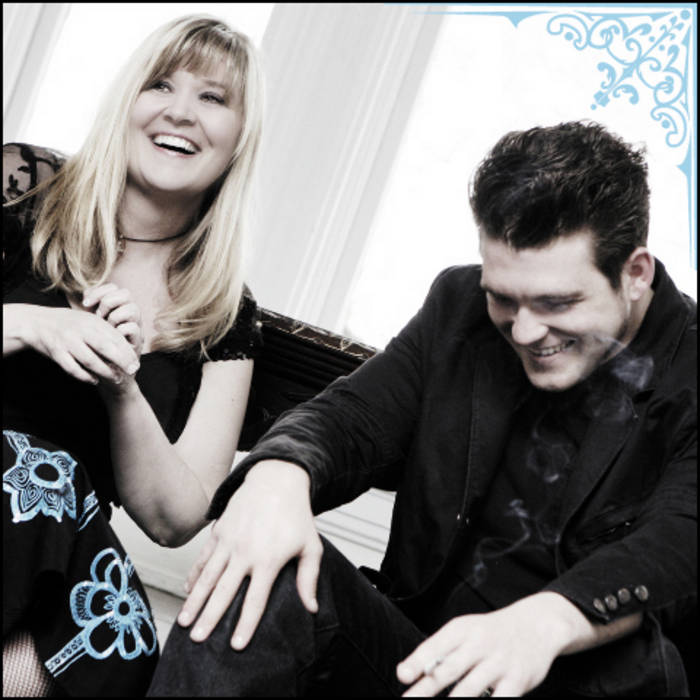 edge97x This is an amazing release full of heartbreak and heartache. Favorite track: Ready To Run.

Everyone knows that the backbone of music is a good love story. Liquor-drenched heartache and a whole lot of screen door slamming begot countless couples whose naturally chaos-riddled chemistry made for more than just unforgettable tunes. Ryan Malott & Kelly Thomas bring their own separate tales of love and loss to the table, where they douse them in whiskey, light them on fire, and belt them out for the considerable pleasure of their listeners. Thomas, regionally known as the Fabulous Pickups' fiercely fun leading lady, is a country girl whose pipes tend to sneak up on their subject with impossibly patient resonance. Malott takes a somewhat different tack, but with a sweet face belying a raucous philosophy, he's made an equally tireless run as front man for nationally recognized rockers 500 Miles To Memphis. Together, the two have found something close to poetry, though still a ways from peace. Malott adds "The biggest thing for me is being honest when writing. I can't make up stories. I just write about what I know. I make music because I don't know any other way to live. I make music because I absolutely have to. My favorite on the album is "You Don't Have to Find Jesus". It's the best song I've written in a while. It's about not conforming to any sort of ideal or lifestyle. Just follow the path that leads you to happiness. That's all we have in this life and if staying out all night drinking makes you happy, then by all means do it." As a duo, Kelly and Ryan nurture a common spirit, but they know that achieving perfect harmony often means refusing to stay comfortable for too long. The result is equal parts collision and collaboration, both a rite and a rumble...in other words, the very best of two worlds. (DER-479)

"I'm rather well acquainted with Malott's main band, the country punkers 500 Miles To Memphis, who you might know for their awesome rocker "All My Friends Are Crazy". The duo's other part Ms. Thomas, on the other hand, comes from a more traditional country background, so what do you get when you combine the two upbringings together? Country-driven balladic pop rock. Imagine Lynyrd Skynyrd style high-pitch guitar wails, a completely relaxed and unhurried tempo, and alternating male/female vocals per song, and you have Ryan Malott & Kelly Thomas. Thomas' voice contrasts Malott's nicely, such as on "Easy Tonight", the best track on the EP." - RockFreaks

"A throwback to classic Country duets, this self-titled EP from the singer/songwriter of 500 Miles to Memphis (Ryan) and frontperson for The Fabulous Pickups (Kelly) is a soulful collaboration that put the sound of love and heartache into sonic form beautifully. Released nationally on Deep Elm Records, the EP showed that, like Johnny and June, sometimes two people are just born to sing together." - City Beat

"The Kentuckians pair up for a self-titled debut, an EP fleshed out of the customary country backbone of whiskey, love and tears, and an insistent droppin' of the 'g' off of any word ending in 'ing' (see tracks titled 'Everybody's Darlin' and 'Keep Holdin On'). Malott is a part of the band 500 Miles to Memphis, a band given a bit of mid-south regional accolade in recent years. Thomas' usual gig is the front woman to The Fabulous Pickups. Thomas' voice is fuller and more of a cultured southern voice compared to Malott's twang a la Marty Stuart. Neither compromises their individualism, so the duo creates sound that's consistently themed honky tonk and rockabilly with a dash of Hee-Haw, yet consistently in congruent in tone. 'We don't make time, we don't make love, I don't know you, you don't know me, I'm ready to run.' The achy track, Everybody's Darlin, could put a tear in your beer. Their songs are authentic and energetic from an act that could win loyal fans in the mid and deep south. Given a comfortable smoky dive, a warm summer night in the south, and cold beer, these guys could make the right crowd, say, of people who might find themselves 'drinkin' alone on Saturday night/puttin' down the whiskey,' pretty happy. They are not country music in a bluegrass or Grand Old Opry sense, but they are the type of pure country infused with rock-in-roll that stands strong, forsaking their candidacy for mainstream 'country' radio playŠ and they just don't give a darn about it; they sound like they're having a great time doing it." - Consequence Of Sound