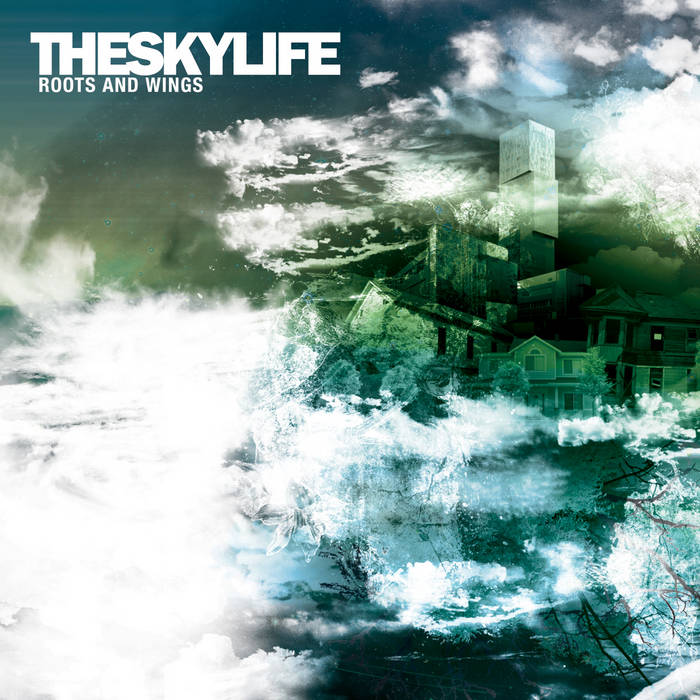 david falconbridge Have only listened to the track previews so far but liked what I heard. Will add more when I've listened to full album.

Organic and electrically charged, teeming with ambience, personality and emotional resonance, Roots And Wings is the second studio effort from Canadian quartet THE SKY LIFE. A sterling synth-rock masterpiece filled with climatic anthems that dip into the tender feelings of the human heart, this album is a truly poetic, absorbing union of melodic pop and rhythmic beats. It's a well-balanced collage of sound brimming with luscious layers of instrumentation, memorable hooks, introspective lyrics and stunning performance. Every song, whether it leans alternative, arena, acoustic or indie, stirs wide-eyed reflection and resonates with an inspiring spirit and refreshing energy. Songcraft remains one of the THE SKY LIFE's greatest strengths and each poignant excursion takes the listener on a sonic adventure that reaches far above the norm, creating a special listening experience that connects every time. Synth-rock, alterna-pop, emo-tronic...call it what you will. Get on board. This album soars...

"Luscious layers and memorable hooks add to inventive lyrics to craft an album that is truly inspiring." - Froglix

"A thoughtfully-crafted, careful melding of ambient synths, piano and guitars that connect." - Music On Demand

"The meaning behind the band name is something most people can relate to" says lead singer Justin Carter. "It's about living above the norm...the desire to do something that seems out of reach. Our music is meant to emit a feeling of openness and freedom and we hope listeners come away with a feeling of positive clarity. The thought of inspiring other people, the listener, inspires us to write. An album is an amazing opportunity to get inside the head of the band members, to feel what they have felt. It can be almost a spiritual experience when you truly connect with the lyrics, so I write lyrics that are honest and open to capture emotion the best I can" says Justin. "Our debut, Dimes and Discourses, was about pulling out of a lifestyle, questioning all actions, asking ourselves if we're doing things for good reason and heart or because this is just the way they've been done in the past. Roots And Wings is about realizing the need for a breakaway. Your past life or upbringing, the 'roots' of a person, can't be ignored even when rejected. The 'wings' is now, it's the break, being unshackled and renewed. Roots and Wings hints at the band's roots, but it's the beginning of lift off for us" says drummer Josh Steffen.

THE SKY LIFE is Justin Carter (vocals, guitar, programming), Josh Steffen (drums, vocals), Bobby Khul (keyboards, vocals) and Dwight Werbicki (bass). Roots and Wings was produced and engineered by Rando Lin (Stereos, Ten Second Epic) at TurnKey Studios in Edmonton. Programming was done at Sky Life Studios. The album was mastered by Tim Branton (Lights, Alexisonfir) at Joao Carvalho Mastering in Toronto. Album artwork by Laconic Design. Photos by Ashley Champagne for Kinetic Studios. Deep Elm Records is simultaneously releasing the band's debut "Dimes & Discourses" which was originally released in October 2008. Deep Elm will also be releasing a holiday-themed EP titled "Lights And Electricity" as well as the band's forthcoming more electronica-based album "Under These Closed Eyes." THE SKY LIFE currently resides in a place more known for it's hard crushing, thrash metal bands (but through time they've won their locale over), the City of Champions, Oil City and home of Gretzky the Great...Edmonton, Alberta, Canada.

Recommended For Fans of: Angels and Airwaves, Deathcab For Cutie, Taking Back Sunday, Les Sages