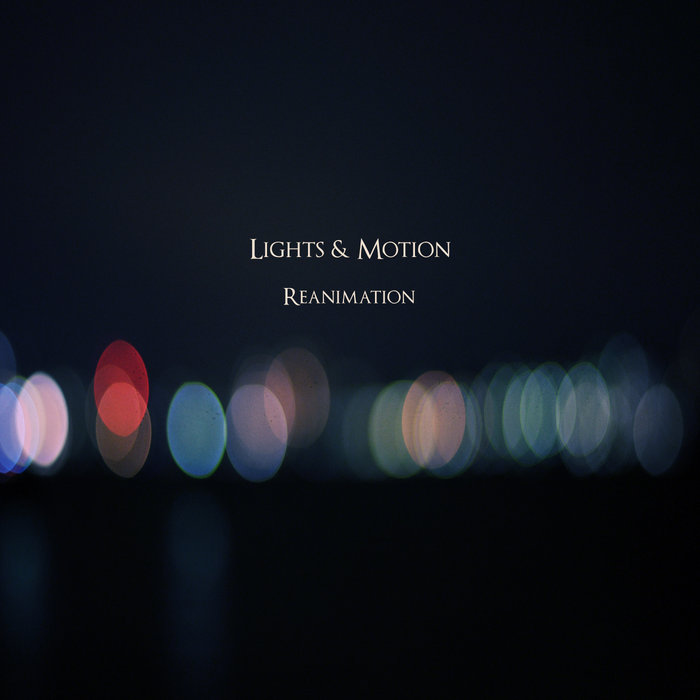 frederikbth Christoffer Franzen has to be the best thing that have happened to me. Dont know how the university would be possible without this. Favorite track: Fractured.

Brendan Brown Makes me want to high-five life and win the day.

Juan Perez One of the most gorgeous albums I have ever had the pleasure of listening. Franzen is a brilliant composer, there is so much beauty and joy in his music. I will definitely be on the lookout for new music from Lights & Motion.
more...

Watch the Video for The March: www.youtube.com/watch?v=6zYu0OqZ7T0

Watch the Video for Home: www.youtube.com/watch?v=RBxkJ0Bl9mY

One word: Epic. That's the most succinct way to describe the stunning instrumental debut by cinematic post-rock powerhouse LIGHTS & MOTION. The band's braintrust, 24 year old self-taught multi-instrumentalist, songwriter, producer, engineer, mixer and all around musical savant Christoffer Franzen, created and composed every song in real-time during late night insomnia sessions through pure accident, improvisation and inspiration. And the result? More than you could have ever hoped for. Reanimation is pure, sweeping, musically-animated emotion: modern yet classic, bold yet restrained, grandiose yet humble, storming yet tranquil, swerving yet linear...and you are completely surrounded in the sincerity, the ecstasy, the illumination of it all. Every song is so deeply intimate yet so massively majestic, culminating in a timeless album that is seemingly created from the same stuff dreams are made of. "Reanimation will be acknowledged as one of the most important post-rock albums ever to be made...and if this was the last album we ever released on Deep Elm Records, I would consider our 18 year mission an overwhelming success" says label founder John Szuch.

"Melodies and harmonies, movies and images, loneliness and melancholy are my influences" says Franzen. "There is just this urge, this need to create and it takes on different shapes. Sometimes it's rough and loud and sometimes it's very quiet. I consider myself to be more and more of a painter of sound. It always starts out with something easy and timid, like a simple brush stroke. Depending on the mood, I change the color and intensity of my next stroke and suddenly the whole impression of what that piece was drastically changes. I compose with layers and depth, and it's often the slightest thing that makes the whole song turn into a new direction, often one I didn't see coming myself. That is part of the journey, at least for the way I write music. I never know what I wiIl end up with, and it's often very different from what I started out with. Sometimes I tell people that this album consists of my dreams...only I wasn't sleeping with they came to me, I just did my best to get them down on tape."

Franzen continues, "At the beginning, I really had nothing except for a vision of something vast, heartbreaking and beautiful at the same time. I didn't think in terms of music, but in terms of other things that inspired me, things that painted a picture in my head that I could see so clearly. This was in the Fall of 2011. Without any education in sound engineering or music production, I spent countless nights learning how to get the sounds that I could hear in my head to come out through the speakers. I did this by trial and error, reading endless forums about music production, watching tutorials and experimenting. By doing this I learned the capabilities and limitations of the studio and the gear that I could use, as well as my own as a producer. In order to achieve the sound that I had in mind, I had to pick up all these different instruments and learn how to play them. If somebody had told me one year ago that I would record an entire album by myself, I wouldn't have believed them. I am very proud of it and I can't believe it's done. This album was about gathering the courage to launch an endeavor that was purely my own. It was a reawakening, a rebirth, a resurrection of sorts, and a passageway into a dreamlike world that I created myself...a world to get lost in...a world that gives us hope."

"An album for which my immediate feeling is astonishment. I am in awe. Thank you Christoffer." - Troublezine

"Cinematic soundtrack-mash-ups that bring a fresh breeze into a otherwise linear and narrow genre." - Melodic