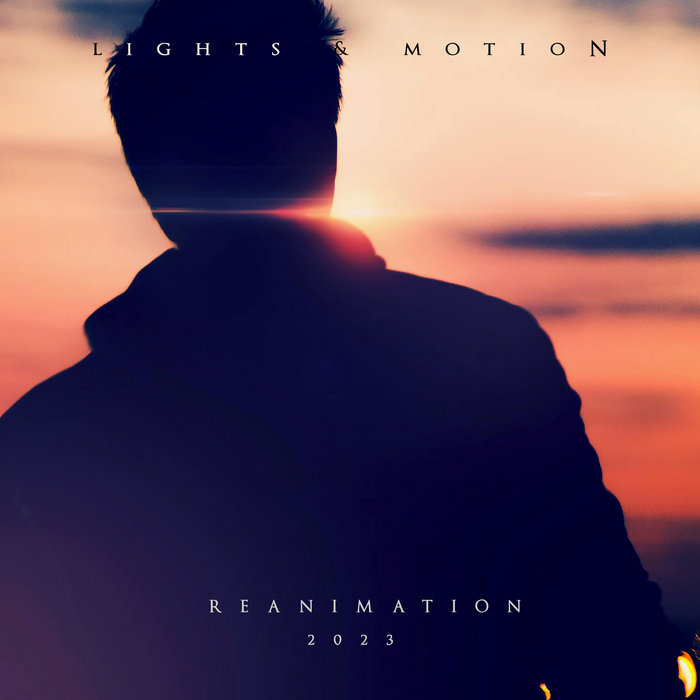 Celebrating the 10th Anniversary of LIGHTS & MOTION's highly acclaimed debut "Reanimation", the band is releasing a revisited, remixed, remastered (and more) version of the album that introduced cinematic postrock to the world and started it all, plus two glorious new tracks that exemplify the foundational guitar-based palette of the trademark Lights & Motion sound. Introducing "Reanimation 2023 (Revisited 10th Anniversary Edition)."

10 years ago, Lights & Motion's braintrust, 24 year old self-taught, multi-instrumentalist, songwriter, producer, engineer and mixer Christoffer Franzen, created and composed every song on Reanimation in real-time during late night insomnia sessions through pure accident, improvisation and inspiration. And the result? More than you could have ever hoped for. Reanimation is pure, sweeping, musically-animated emotion. Every song is so deeply intimate yet so massively majestic, culminating in a timeless album that is seemingly created from the same stuff dreams are made of. Reanimation has been widely acknowledged as one of the most important post-rock albums ever released.

"At the beginning, I really had nothing except for a vision of something vast, heartbreaking and beautiful at the same time. I didn't think in terms of music, but in terms of other things that inspired me, things that painted a picture in my head that I could see so clearly. This was in the Fall of 2011. Without any education in sound engineering or music production, I spent countless nights learning how to get the sounds that I could hear in my head to come out through the speakers. I did this by trial and error, reading endless forums about music production, watching tutorials and experimenting. In many ways it was one of the most important events of my life.

In 2022, I spent several months going through my old song projects in preparation for the 10 year anniversary. I had the idea to remaster the album, but when I started to dive into the old projects I found myself hearing things differently and I decided to give all the songs a fresh remix instead. This would turn out to be quite the undertaking as I did a lot more than just remix the songs. Some parts I completely re-recorded. I re-sang some vocal harmonies with better microphones, and for many songs I wrote new string-arrangements that mirrored the original ones, but bloom a bit more. A lot of work was made in the low-end; I must have spent half the time on the drums and bass alone, getting them to really step forward and fill out that bottom octave.

I really love my first album and how it sounds, it was written, produced and mixed on pure self-taught instinct. But because it was my first album and I wasn’t as experienced an engineer as I am now, there are some things sonically that I always knew I could improve upon. So these mixes aren’t supposed to feel night and day to the listener, they should just sound fuller, wider and more hi-fi. I also finished recording and mixed two new tracks that were written during those early years, but for one reason or another never got finished / released back then. They are named 'Gardens' and 'Into The Sky' and they are included on this Revisited 10th Anniversary Edition.

Reanimation was originally released on Deep Elm Records and I am glad to say that this 10 year anniversary addition is still under their banner. Deep Elm has been a fantastic companion throughout this journey, and I am grateful to have shared it with them.

This new anniversary release isn’t here to replace the original, but it is to be viewed as an addition to honor and celebrate the record that started it all. For me, this is the album fully-realized sonically," says Franzen.

"Reanimation 2023" was produced, recorded, mixed and mastered by Christoffer Franzen at Studio Evelyn in Gothenburg, Sweden. Album artwork and videos for The March and Home by cinematographer Frederik Sellergren.