by Down To Earth 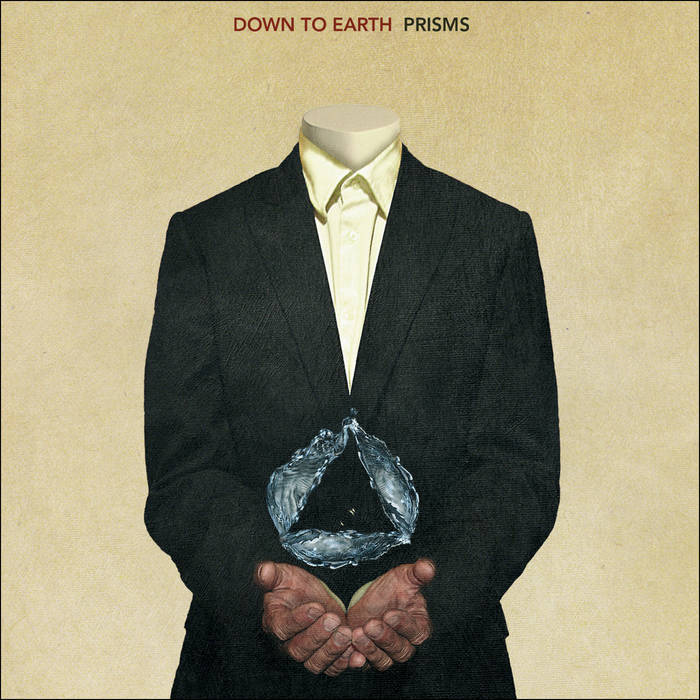 Make no mistake, French trio Down To Earth doesn't make concessions or concern itself with musical fashion on their second full-length Prisms. Revealing a progressive interplay between aggressive rock and provocative melody, the album revs up like a dirty shot of adrenaline and burns like alcohol on an fresh wound. The combination of searing vocals, angular guitars and a pounding rhythm section makes for prime moshing material. Needless to say, few bands can pull it off this easily or this well. Shaken and stirred, this band aims to leave bruises and change lives...not the least of all their own. Harmonized vocals shift between a blustery bravado and edgy recklessness, running a gauntlet of self-examination. And the music fights back with everything it's got...building, brooding and burning right up to its finale. (DER-493)

"Make a list of countries you expect a raucous post-hardcore band to hail from; is France one of them? No, of course not. France is the home to luxurious food, vintage wine, fine art, awe-inspiring architecture. It's not supposed to be home to a band that's as furious as it is talented. Well, defying conventions in more aspects than that one is trio Down To Earth, who deliver a crushing barrage of progressive post-hardcore. It's full of passion, (as if anyone with more than two brain cells expected less, after all, they are French), aggression, and perhaps most surprisingly, carefully constructed melody. These guys have as much concern for rules as they do for their vocals. There's only three people, three instruments: guitar, bass, drums. This helps their sound sound uncluttered; it's not that uncommon for post-hardcore to sound like there's too much going on all at once, Down To Earth don't fall foul of this. They have three very capable musicians who each bring their own edge, with none of them being too over-bearing, or over-shadowing each other. It's almost as if they are each doing their own thing, yet, somehow, they still sound tight as fuck. Take Thomas Laprele on bass, how often does that instrument refuse to be dominated by the guitar, and not only that, contribute equally towards the dynamics rather than being all muted into the background? Opener 'Prisms 1' starts with stuttering guitars, building towards Nicolas Aigrot's coarse vocals, complete with noticeable French-accent, which then spills into 'Prisms 2' - DTE at their cantabile finest. It starts off with quiet, euphonious guitars, slowly burning towards an intense ending. That then runs into the third and final instalment of the Prisms songs: the storming 'Prisms 3'. Those first three songs are probably the perfect summary of this band, able to drift between the quiet/loud dynamic seamlessly, surging at one moment, serene at the next, but at all times maintaining a melodic nature. When the music is pounding and driving is DTE at their best. The heavier songs such as Radio Stoned' and 'Countdown To Highlight' are pulled off largely because of the riffage and how utterly pissed-off they sound. If you like your guitars explosive and vocals ferocious, this album is a must-own. At their best, Down To Earth prove to be more than a match for the heavyweights of this genre. It's the kind of music that was just made for the live-setting, where their anger will spill over into the crowd causing riots in music venues everywhere. Consider 2010 kick-started." - Rockfreaks

"I don't know what they're putting in the water over in France, but apparently it creates bands worth paying attention to. Bringing you a style reminiscent of the glory days of late 90's Indie rock, Down To Earth show that they're a French power trio capable of rocking out with the best of them. Combining elements of rock, indie and even some punk, "Prisms" takes your love of rocking out but also keeps it...well...down to earth. This band knows how to write a catchy song, and it shows. Deep Elm was wisely picked to release their sophomore effort. Every song seems to have that "I don't know what" that gets you appreciating how well-written every part is. And I can honestly say there was not one track on this CD that I didn't like. Be it the vocals, technical guitar/bass work, pounding drums, even warm melodies sprinkled throughout for good measure...it's all there. And definitely worth the listen. I'd keep my eye on these guys." - StereoKiller