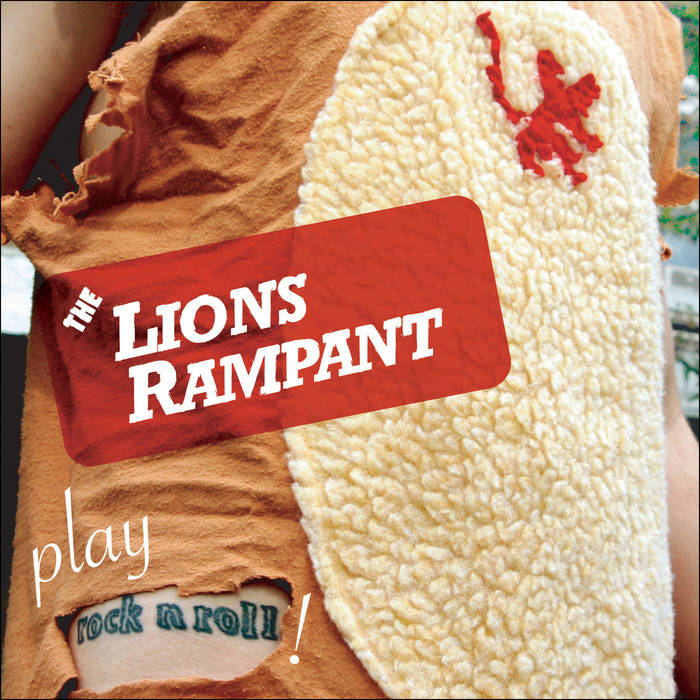 The Lions Rampant's second release Play Rock N Roll (2008) has been re-released worldwide on Deep Elm. Their latest album (and third release) titled "It's Fun To Do Bad Things" and can also be found on Deep Elm.

The Lions Rampant aren't just another garage rock band. You see, these young lions do more than just play sloppy chords and mumble-howl at the microphone. In fact, at their best - '70-30' being a fine example - The Lions Rampant transcend gritty garage clichés through sheer tunefulness. In other words, rather than singing in a sleazy monotone, The Lions Rampant rely on excited vocal melodies (and fun vocal interplay) to breathe life into their soulful arrangements. The end result is fun, vibrant and totally worth repeat listens with fantastic vocals. Play Rock N Roll is a minor force of nature. (DER-496)

"If shotgun blasts could have rhythm then you could possibly duplicate what The Lions Rampant sound like ­ stripped down jangly guitar riffs, howling soul drenched vocals and cavernous drum beats. It's in your face, rowdy and danceable rock and roll. Think The Smithereens blended coarsely with The Mooney Suzuki. Hailing from Kentucky The Lions Rampant delivers raw, unpolished garage band fervor that owes as much to sixties soul as seventies gutter rock. In just under 18 minutes Play Rock n Roll does more for the genre than most mainstream bands have done in the last eight years. '70-30' pushes and pulls, opening the album with wildness and playful energy then easily leads into 'Let Us In (come on)' whose chorus harmonies delightfully soar over sharp guitar strumming. It works like a sixties surf film number done with punkier vibe. 'Cryin All The Time' is the band's most inventive song - noodling guitar notes switching off with guitar jabs and climbing/descending riffs, like The Isley Brothers gone raw. But it's the song's coda that sizzles, dialing down to a bluesy stretch of drum beats and simmering guitar playing. Stuart MacKenzie is a rock and roll singer who may be criminally overlooked. He can sing soulfully and painfully while keeping it fun. He tackles songs with a ferocity that seems like he just pulled an 18 hour shift before coming in to record. And the addition of Amy Jo on 'Need A Man?' is outstanding. The energy captured on Play Rock n Roll is undeniable, the culmination of music firepower workingman ethos." - Bootleg

"Play Rock N Roll couldn't be better titled. The Lions Rampant sound is rock n roll at its most raw and impulsive. If you need a genre, this one fits in the garage rock bin, but the songs are crisply melodic and wildly soulful. The players dig deep into the dirty, blues-on-fire groove that inhabits each of the songs, which are tightly knitted, belying garage rock's rep for being messy. The Lions write, essentially, pop songs and drench them in their swampy, moldy aura." - City Beat

"The Midwest has earned its reputation for producing solid bluesy garage rock and Kentucky's The Lions Rampant put a big exclamation mark behind that statement with Play Rock N Roll. The key component about The Lions Rampant is that the the energy they launch in their power chords get immediate attention and sends the listener into a garage rock bliss. Lead singer Stuart MacKenzie's soaring vocals lets loose on every track and he never disappoints." - The Fire Note