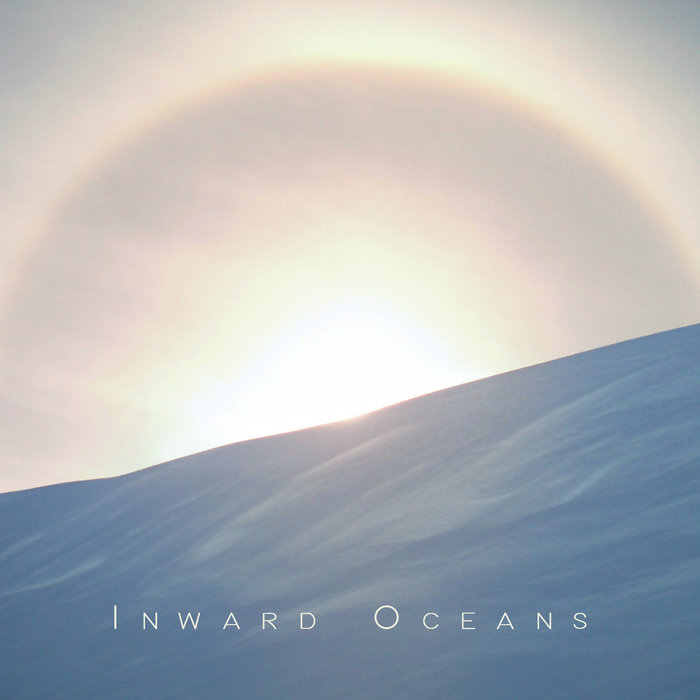 hallowedground777 Calming compositions that have a soothing eb and flow to them Favorite track: Paths From Home.

Jay Williams When I need to relax after a long day, this is the album I put on. Simply beautiful music.

Beautifully moving from start to finish, "Paths From Home" is a powerful yet delicate masterwork of cinematic proportion. But unlike most other post-rock outfits, Inward Oceans uses piano rather than guitars to facilitate rhythm, timbre and texture. Displaying a well-refined ability to elicit emotion with the seemingly simplest of notes and chord progressions, each track on this phenomenal debut tells a mesmerizing story that unfolds organically in your ears. But make no mistake, songcrafting at this level requires rarefied talent. Combining just the right amount of ambient, tonal and spatial elements to the resonating strings creates a sonic depth experience worthy of headphone listening. An album about finding the place where you know you are meant to be, whether that's in your head, your heart or your home, "Paths From Home" is a dramatic journey of the senses. This is music that humbles you and connects you to an awareness of inner emotion.

“I wrote part of the arrangements in the living room on an old family piano. I got scratch tracks down as I watched out the front window. The river valley descends down from the front of the house and the autumn weather had set in. Although across the river the ground is constantly being torn up by heavy industry vehicles, there's a significant amount of greenery surrounding the waste they leave. It creates this sort of marred beauty that I've grown incredibly attached to over the years. As I watched my daughters play in the front room together and heard the sounds of a meal being prepared in the kitchen, I let the moment sink deep in to my heart. I honestly didn't know what I would play when I put my fingers to the keys, but every time, without fail, a melody unique to my ears, came forth. It felt as if a soundtrack was playing through me. Nearly all our songs were birthed in this manner. It is my hope that others will be moved by these themes to life, drawing their attention internally as they come to appreciate their own connectivity to this world of ours,” says pianist and percussionist Bobby Kuhl.

Bassist and guitarist Justin Carter continues, “Paths From Home is unique in how it was recorded. We took our recording microphones into the community. Five separate recording scenarios were used throughout the album, from outdoor set-ups, to an old vintage piano in a vintage home, to the more traditional soundproof studio room. We also used one of the outdoor pianos that Vancouverites have placed in and around in city. This same piano has been used by great recording artists such as Juno Award winner Murray Porter and Keys to the Streets. With piano based music, we find it’s often either very classical sounding (with no effects) or heavily effected. We wanted to find balance between the two. Our inspiration comes from special moments in time, nature and the city skyline at night. It’s those moments when you're removed from the business of life and able to breathe and reflect. This is the place where we want to take listeners with our music.”

“Our name is both delicate and strong. ‘Ocean’ describes this idea well, and in the literal sense was meaningful as we all came to Vancouver to be closer to the ocean. It brought us together in a way. ‘Inward’ describes the reflective, emotional tone of our music. It describes the thoughts and feelings that we hold, sometimes very deep, within ourselves. This is where our music is born...from introspection and contemplative thought about our experiences. The human experience creates a vast ocean within, so to speak, made up of feelings, thoughts, and memories. These deep aspects of ourselves often need to be rustled out. Here we chose song to make that happen. We chose the cover photo because it represents the vision of our band. To use a metaphor, the glacier represents the emotions, thoughts, and feelings that are often frozen up inside of us. The sun represents music. Music can melt frozen emotions into a moving, life-giving force. Music allows us to feel things we wouldn’t have otherwise felt. That has always been the goal of our writing,” says Bobby.

Vancouver-based Inward Oceans is Justin Carter (bass, guitar), Bobby Kuhl (piano, percussion) and Mike Workman (guitar). All songs were written and produced by Inward Oceans. Engineering assistance by Gaby Pontaillier and Tiphaine Pontaillier. Mastered at New Heights Studio in Vancouver. Cover photo by Adam Thompson taken at the Amundsen-Scott South Pole Station, South Pole. Band photo by Inward Oceans. The band will be releasing an instant Youtube video for each song on Paths From Home in succession over the next ten weeks. Justin and Bobby are also members of The Sky Life which has released three full-length albums on Deep Elm Records. Inward Oceans is soon to be a point of reference in the emerging genre of cinematic post-rock piano.