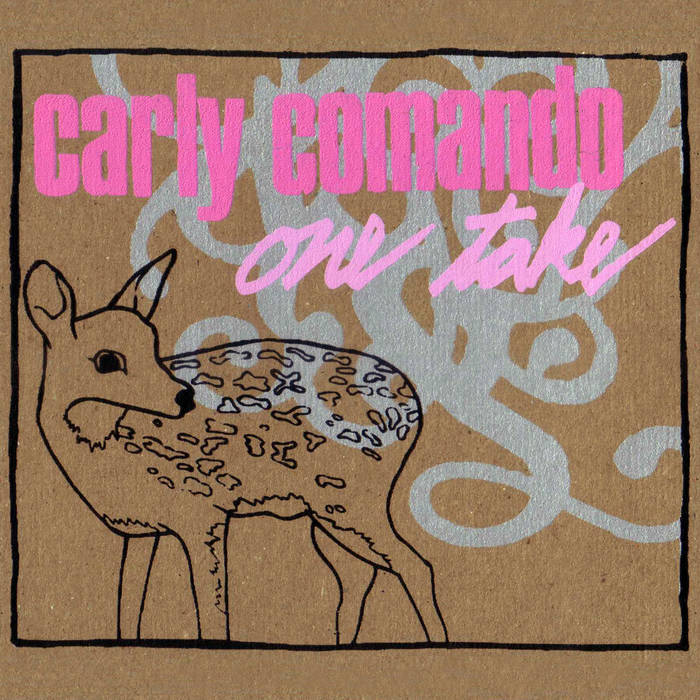 The Arches The simplicity of the "One Take" concept is heroic in its ability to make the artist commit and live with the result. Here the result is refreshing and spiritual. Favorite track: Everyday.

Sven B. Schreiber (sbs) So this is Carly Comando's first full-length solo album - long awaited since here surprise hit "Everyday", which earned her much attention on YouTube, and an Emmy Award in turn. In my humble opinion, the album doesn't meet the high expectations raised by "Everyday", and personally, I prefer her later solo works and all of the "Slingshot Dakota" albums. Nevertheless, it's a high-quality instrumental album for friends of neo-classical piano solo music. Favorite track: Everyday.

Chilling. Stirring. Powerful. Contemplative. These are some of the words most frequently used to describe the achingly beautiful piano instrumentals of Carly Comando. Her debut album "One Take" features ten delicately woven songs (including her single "Everday") that are the direct emotional output of her innermost thoughts. "The album means the world to me. It's complete, in-the-moment sincerity translated into moody solo piano music. I used an improv technique, recording in just one take, so I could capture the essence of pure emotion" says Carly. From the rises and falls to the shrinks and swells, these songs will leave an indellible impression on your mind. It's music that stays with you forever.

Carly's well known piano ballad "Everyday" is the score to viral video "Noah Takes a Photo of Himself Every Day For 6 Years" which has been viewed over 25,000,000 times on YouTube alone. The video features a rapid fire sequence of nearly 2,400 photos of Noah Kalina, who took a picture of himself in an identical pose every single day for 6 years. It has been featured on CBS News, Good Morning America, VH1's 40 Greatest Internet Superstars and was spoofed on The Simpsons' episode "Eternal Moonshine of the Simpson Mind." Carly was honored by the Academy of Television Arts and Sciences with a Primetime Emmy Award for her musical contribution to The Simpsons episode.

"Emtional and inspiring, it grabs your soul and moves you. Highly recommended." - The Rez