LATTERMAN "No Matter Where We Go..!" 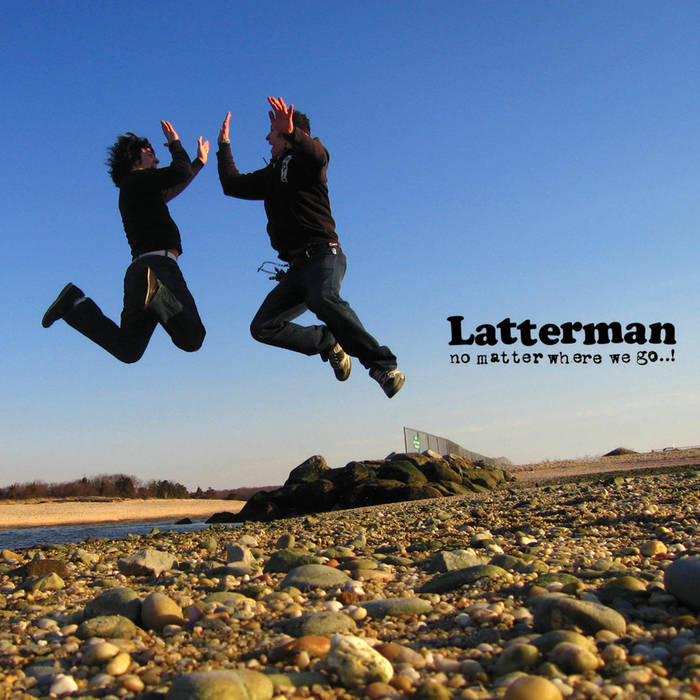 Infinite Jest If I want something fun and energetic, I often go to this.

It's like this: Latterman rules. With shouted vocals, screaming guitars and pounded drums, No Matter Where We Go..! is filled with positive, community-minded, socio-political discussion and delivered with an electrifying, reckless abandon. This is throw-your-fists-in-the-air, dance-around, catchy-as-hell punk rock that's sung from the gut and comes from the heart. But punk never sounded THIS good, nor delivered such a timely message. These songs are flat-out impossible to forget, with captivating singalongs and infectious choruses at every turn. Latterman strikes hard and fast with purpose, conviction, relevance and melodies that keep you smiling from ear to ear. Oh, and they're really friendly guys too. Latterman dedicates this release to positivity, friendship, community and anyone who recognizes and struggles against patriarchy, homophobia, racism, white privilege, alienating wage labor and the world's other flaws. Latterman may not save the world, or even rock and roll, but fuckin' a...they saved me. (DER-442)

"Long Island's answer to Against Me!, Latterman play anthemic, energetic and politically charged four-chord punk rock that you can't help but sing (and smile) along with. No Matter Where We Go..! is instantly memorable and exhilarating. 4 out of 5." - Alternative Press

"No Matter Where We Go..! from Latterman is fucking great! The sing-a-long starts here, damn it! Hot Water Music, Fifth Hour Hero and Taking Back Sunday with the quality to match. An energetic blast of hooks, bashing drums and tasteful guitar riffing. No Matter Where We Go..! is of the year's best full lengths. A plus!" - MaximumRockNRoll

"Latterman, a raucous posi-core band that typifies how punk's visceral edge still thrives despite the genre's commercialism. The songs are short, melodic, intense, and filled with group vocals (i.e., melodic shouting). The occasionally ham-fisted lyrics rail against the usual targets, but their pro-feminist slant is refreshing for an all-male punk band. Actually, all of it's refreshing; it's nice to know bands like Latterman still exist." - The Onion

"No Matter Where We Go..! is probably the best thing that Deep Elm has EVER put out. It rips with super upbeat and posi-pop punk which makes you pump your fist and sing along. Latterman deal in catchy rockers that revolve around tight riffing and melodies that burrow their way deep into your frazzled brain. Songs flow into each other with no pause for breath as the band deals the punkage for a solid half hour. The lyrics are definitely worth a read: positive and leaning on the personal political angle. You can't really say any more here; Latterman are on top of their game, they write catchy songs, riff like demons, cram in killer melodies and simply kick arse. Really really good album for anyone who appreciates rocking and melodic punk. This is top notch." - Collective Zine