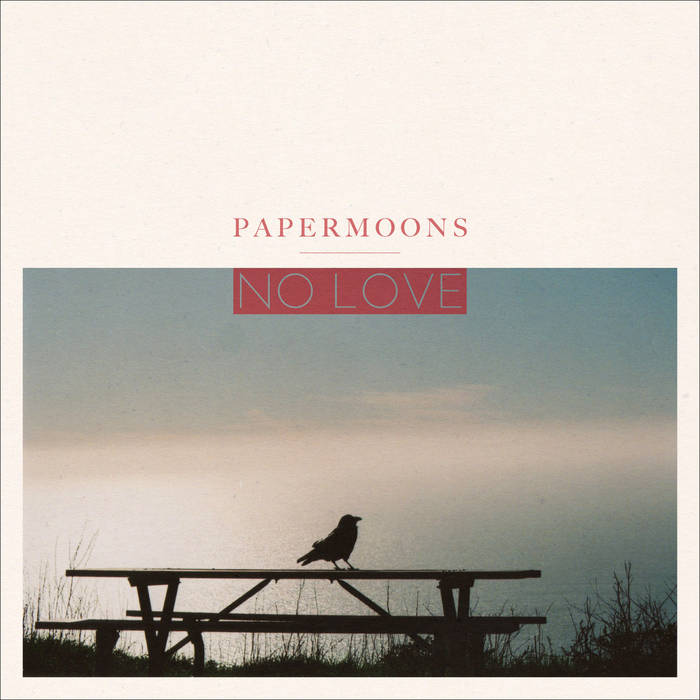 kyle pohlek The clever word play, and amazing feel of the music.. Just a fantastic album.

S TO THE P

Less is more. It's a philosophy that Austin-based indie folk rock duo PAPERMOONS understands quite well. The idea that you can say a whole lot more without screaming or shouting is evidenced by the brilliantly constructed songs on the band's second long-player No Love, the follow-up to their celebrated debut New Tales. They use subtle transitions, gorgeous Simon & Garfunkel-esque harmonies, intimate performances and gentle attention to every minute detail to create a unique mid-tempo mix of words and sounds that is truly captivating. The way in which each lyric is so precisely delivered (you shake me like a thunderstorm / you pull me like a fire alarm / you put me down when you said you'd pick me) will capture your attention, your mind and if you allow it...your soul. It's difficult to pick a favorite here (that said, listen to album closer Lungs) because the reality is that every track in this impressive cache of beautifully melodic songs is a winner. A rare album exuding undercurrents of sadness and hope, No Love is a noteworthy achievement marked with an onslaught of care, control, confidence and conviction.

"Since the release of our debut New Tales back in 2009, Daniel and I went through some pretty big life changes: marriage, moving, finishing school. The songs on No Love were inspired by the personal growth we experienced due to all these changes. Playing music together has always been special to us. We wanted to write these songs to sort of break the silence of the past several years. We feel the album is a focused, fresh start for the next stage of Papermoons. 'No Love' is a tongue in cheek moniker for an album of often serious content. The songs explore the duality of our emotions, how we experience love, and how our perception of these emotions changes over time. The cover features a photograph that Daniel took at Muir Beach overlook in California because we feel it is at once beautiful and lonely. It represents the duality of our emotions...a topic explored throughout the album. It's been a cathartic experience to finish No Love and we are both very proud of the end result. We hope you enjoy it as much as we enjoyed creating it" says Matt Clark. Daniel Hawkins adds "we draw a lot from the concept of making more out of less. We try to create songs that are easy, innocent and pleasant to listen to but that also contain subtle complexities that make listening more interesting and enjoyable. We strive to make music that can both cheer someone up and also console. We've both been involved with playing music for many years now and what has been continually inspiring to us is the way in which music connects people. And of course, the personal satisfaction of creating music is second to none."

"It's been a long four years to hear new music from Papermoons, but perfection takes time and it was certainly worth the wait. I could not be more pleased with the way the album turned out. Song after song is filled with powerful emotion and engaging, relatable lyrics that make you recollect your own personal dealings with love / no love. The first time I heard the closing track Lungs, I could hardly believe my ears as they sang 'with my hands i will construct you / with my might i will protect you / i'll build the walls / i'll lay the floors and hang the doors / i will call you home.' Whoa. Lungs is without question one of the very best songs in the Deep Elm's entire catalog. It floors me every time I hear it. We are blessed beyond reason to be working with such incredible artists" says Deep Elm label founder John Szuch.

PAPERMOONS is Matt Clark (vocals, guitar, pedal bass) and Daniel Hawkins (drums, vocals, hand percussion). No Love was produced, engineered and mixed over the course of a year ending in April 2013 by Matt Clark in his home studio in Austin, TX where the band currently resides. Mastered by Jamal Ruhe (Pedro the Lion, Low, The Promise Ring) at West West Side, New York City. Deep Elm released the band's critically-acclaimed debut New Tales in October 2009. Cover artwork by Daniel Hawkins.

"The most beautiful sounds possible. Their level as songwriters is mind-bogglingly mature." - Sound Salvation

"I'm stunned at how brilliantly constructed the whole thing is. This is an album with no equal." - Free Press

"The whole experience of the record is heartbreakingly beautiful...I'm left utterly shattered." - The Skyline