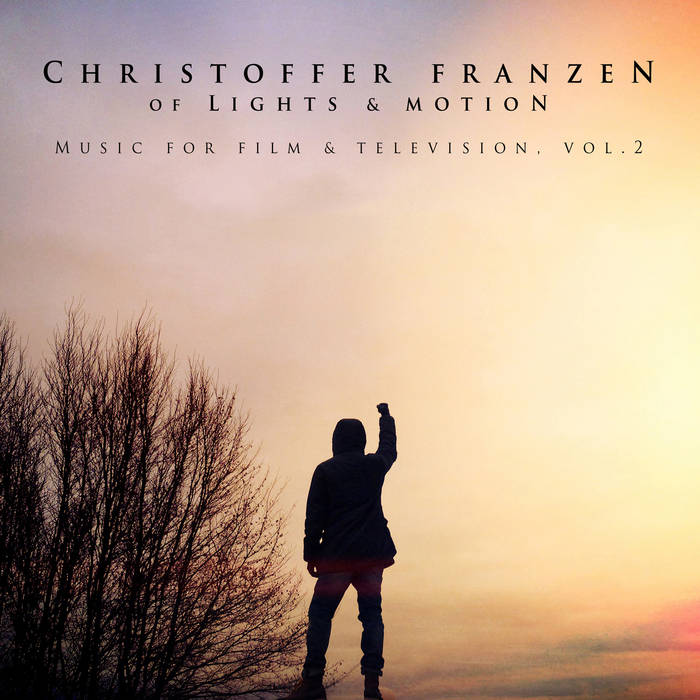 Trung Vo I think I am in love with this album when I first play Light My Fire :) Favorite track: Light My Fire.

Jia Xiaodong Can anyone wait for this
no nobody can wait for this
Extrapolating from the previous one this should be fuckin epic. Favorite track: Stardust.

Music for Film & Television, Vol. 2 by composer Christoffer Franzen of cinematic post-rock powerhouse LIGHTS & MOTION need not be explained...it simply needs to be heard. Having released three full-length albums including the debut Reanimation (Jan 2013), Save Your Heart (Nov 2013) and most recently Chronicle (Jan 2015) under the Lights & Motion moniker to widespread fan, media and industry attention, Christoffer is now making an additional 36 beautifully composed instrumental tracks available to the world in two separate 18 track volumes. Each incredible song is the direct result of his creative prowess crossing paths with a moment of inspiration during the wee morning hours in a small, dimly lit, snow-covered studio in Gothenburg, Sweden. This is where the magic happens. The Music for Film & Television collection is destined to be a "go to" series for filmmakers, cinematographers and videographers who demand that the music which accompanies their projects stands out, gets recognized and most important, is remembered. This is an essential resource for cutting-edge creatives who understand that the music and visuals share the stage equally and recognize that just a few of the right notes can dramatically influence the success of any project.

"As a composer, I challenge myself to write in different styles and genres. Not only is it rewarding, but I think it's necessary in order to stay on top of my game. Composers often become known for a specific sound…it becomes 'their thing’. I'm working hard to make sure that I never get boxed in like that. It's important for me to keep pushing myself, gaining new perspectives and developing my very own musical language that spans across different genres and styles. I truly feel grateful to be able to write music, express my feelings and connect with others through sound. So I'm not wasting one second," says Franzen.

Franzen continues, "Music is a pure, free form of expression, and that's why I write about what I am feeling at the time, irregardless of how it may translate sonically. This collection of songs is just that - an expression of who I am, and how I felt, at a specific moment in time. I consider this collection to be an outlet to compose in any style I choose to experiment with, while at the same time learning, improving and raising the bar for myself as I go. That might translate into a simple, soft piano piece or a massive arrangement for an entire orchestra. It could range from being very sparse to not holding anything back. Many of my compositions are inspired by cinema and the films and television shows I love (to be honest, I'm a bit of an addict), how they affected me and what kinds of sounds I hear when I think about them. Often in the middle of watching a really good film or show, I hit pause, put on my shoes, grab a taxi and go to the studio to work. I haven't slept well in three years."

"Each song, whether it's a Christoffer Franzen track or a Lights & Motion track, is born from visualizations that accompany each piece as I write it. I create small stories and visual narratives in my head, which helps me shape and mould the track to mirror the emotion I'm building, shaping and translating into sound. These songs give you a glimpse into my head, and a clue as to what inspires me. There is a scene from one of my favorite films, Into The Wild, where Christopher McCandless pens 'Happiness Only Real When Shared.' This pretty much sums up how I feel about music. There is nothing I value more than the privilege of sharing what I create with others. If you listen closely, you'll understand why I decided to start writing music in the first place," adds Franzen.

"A collection that proves Franzen has the heart and the chops to score a multitude of future works..." - Stationary Travels

"Few albums come this close in capturing the imagination of hope and promise in musical form..." - Marshalltown