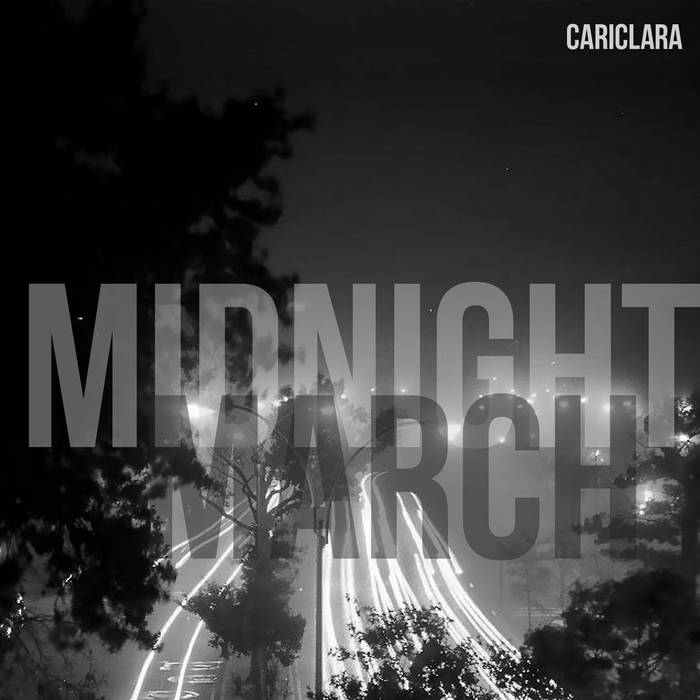 hallowedground777 Has tinges of Elbow and Arcade fire in places A little more upbeat and poppy than their album It's Our Hearts They're After. Favorite track: Same Old Bad Dream.

Eric Diedrichs should be famous. As the brain trust of CARI CLARA, he proves once and for all with Midnight March that his music has the melodic fortitude to appeal to pop music fans, the imagination to appeal to indie music snobs, the poetic depth to appeal to English professors and the raw emotionalism to appeal to emo kids. This album is not only bigger, bolder, brighter and more cohesive than previous releases, but also more uptempo and immediately accessible without trading one ounce of artistic integrity. A different sound emerges on this record, with Diedrichs' golden voice more engaging and expressive than ever before...taking you on a journey that keeps you pining for what's around the next bend. Midnight March hits all the right buttons...there is so much to like here that it demands your attention. Beautifully orchestrated and emotional thrilling, this album is unquestionably the one to earn Diedrichs the wider recognition he has so long deserved. Simply outstanding.

"The album deals with the affects that society, family, dreams, mistakes, human nature, regrets, enlightenment, shame, wisdom, love, hurt and redemption have on people. In youth we find magic in almost everything in such a pure, natural way but as we age sometimes that magic is lost by internal, external or other forces. This album is an emotional exploration of my own journey from childhood to adult" says frontman Eric Diedrichs. He continues "the title Midnight March is lifted from a line in the song Bring On The Dark (we listen for a word of heart / like blind soldiers on a midnight march) referring to the struggle of finding our way on our own and trying to trust ourselves in the process. The album title is really meant to be a bit mysterious by not giving too much away with the words. One might get a mental image of a boy with a flashlight sneaking out in the middle of the night on an adventure, but others may see Midnight March as a time and place or the launch of a defiant last minute crusade...or perhaps the beginning of something great."

CARI CLARA's is principally Eric Diedrichs who performed all instruments and vocals on the album, with the help of Nancy Diedrichs (additional piano on Safe), Mark Diedrichs (piano, organ and string synth on Same Old Bad Dream) and Greg Tudor (bass, percussion and additional arrangement on Homage To Excess). Midnight March was produced and engineered by Eric Diedrichs in his home studio in Lexington, KY during 2011 and 2012. Deep Elm Records has also released three additional CARI CLARA's albums including "It's Our Hearts They're After", "Miniature American Model Society" and "You Better Run" all of which met with glowing reviews by both fans and critics alike. With Midnight March, Cari Clara has achieved a career high in songwriting, performance, arrangement, instrumentation and production.

“Cari Clara evokes emotion not unlike mountain moving acts such as Radiohead and Muse. To the big leagues!” - Verbicide

“If degrees were granted to master the science of quintessential indie rock, Cari Clara would hold a Ph.D. “ - Metromix