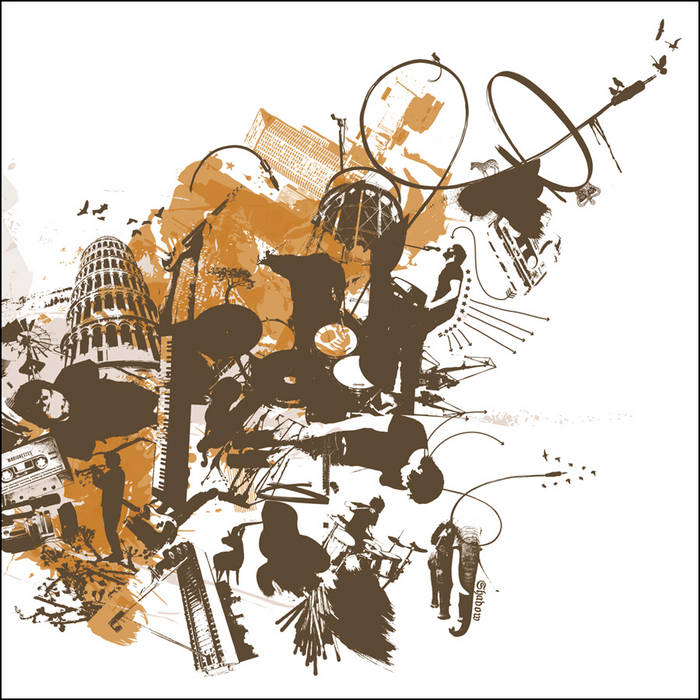 Mike I purchased their other album Assisted Living and liked that. Figured might as well grab this. Favorite track: Ghost of the Hill.

The foundation of the music on Marionettes is an iron-clad dedication to the punk rock ethos, abandoning all pose and pretense. Cutting away the layers of record industry tricks and simply firing from the gut...instinctual and direct. No hand-clapped choruses or metal riffs lifted from the bloated dead body of corporate rock. When the long night of television bands feeding on their own entrails has at last come to a merciful close and the public casts-off childish musical fads, maybe they will be ready for Clair De Lune's unrelenting concoction of intelligence and passion. Singles charts be damned, this post-hardcore music from the heartland is as punishing and unrelenting as it is melodic. From the first blistering track, Sailor Beware, the boundaries of modern hardcore are shattered. On songs like the unforgettable Relapse, a wall of crashing guitars and flailing drums suddenly gives way to elegiac passages of delicate beauty. Where muscle can't prevail, reason and pathos combine to chilling effect, as in Life On Remote. From the self-accusatory Machinegun Lipstick, to the boiling insecurity of Blue Ribbon, Marionettes is like a trip to both the psychiatrist's and electric chair all in one. CDL reveal things that are visible to all, yet are only an abstraction, the reflected image of something more primal, encompassing and eternal. With Clair De Lune anything is possible. Lights out. (DER-438)

"Doing what no one else dares in this post-hardcore haze, Clair De Lune delivers the promises of a great future led by piano melodies and a caustic dual guitar attack. The songs on Marionettes are all wrapped tightly in a passionate display of rock's hardest theories. Sure it's heavy, but the undertones are extremely melodic and there's a certain subtle finesse going on just beyond the horizon. Marionettes may be one of the best releases produced by Deep Elm Records. Perfect." - Smother

"They say not to judge a book by its cover, but the stunning artwork on Marionettes from Clair De Lune is only a sign of what lies inside; one of the most beautiful post-hardcore albums to date. No matter how frantic the wall of sound becomes, the band manages to keep the music absolutely beautiful. The tone is set with the opening track, played with enough energy to power the entire continental U.S. Wave after wave of blistering intensity crashes through and leads you on edge with an atmosphere that is almost symphonic. Each song is an absolute work of art, but together they create a masterpiece. Clair De Lune has raised the bar for hardcore music higher than ever thought possible, and words alone can't do Marionettes justice. It's something you'll have to hear for yourself to understand just how truly amazing it is." - Punkhardcore

"The world's most reputable indie rock label finds its latest treasure with Clair De Lune's amazing debut Marionettes. I can imagine the look on the faces of those over at Deep Elm when a demo from this band landed on their doorstep. Pure exhilaration and joy; that jaw-dropping feeling you just can't control. Clair De Lune is the next great chapter in a label that has brought the world more good indie rock bands than I can count. Folks might group this band with label mates Desert City Soundtrack, if not for their overt use of piano. Upon closer listen, however, this is more a straight rock band, along the lines of Jawbox and Burning Airlines. Marionettes is entrancing stuff, and unlike a lot of albums these days, manages to grab my attention from start to finish." - Chord