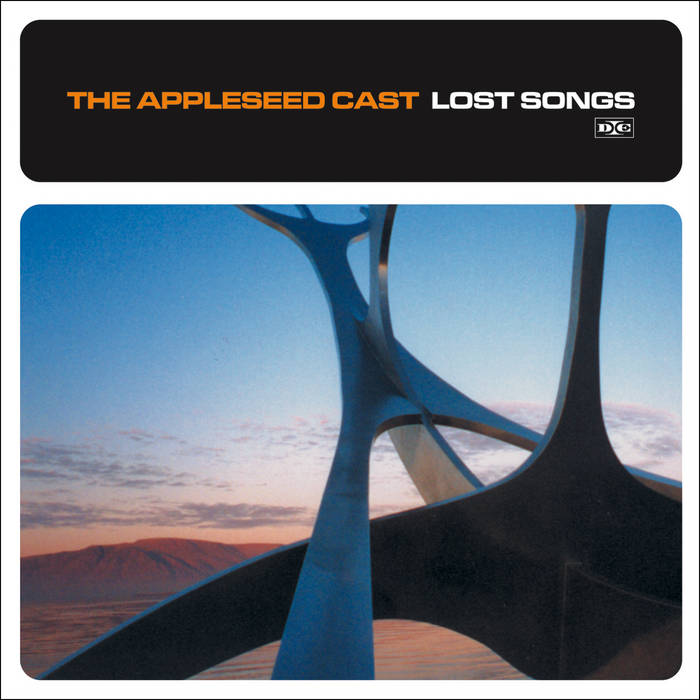 eimkeith I just discovered this one yesterday, after years of loving The Appleseed Cast. Can't believe I missed it until now.

Fresh off the heels of their critically acclaimed double full-length Low Level Owl, The Appleseed Cast are back with nine tracks that carefully unite old-school and new-school songwriting styles. Lost Songs combines the bitter emotional release of the band's earliest recordings and the meticulous soundscapes crafted through endless hours of studio time on more recent recordings. Dynamic song structures, hurricane-force rhythms and ultra-vivid lyrics paint bold portraits of disillusion and heartache, while at other points Lost Songs overflows with swells of symphonics, feedback and electronics. Two approaches are precisely coalesced into one, creating Lost Songs' innovative appeal. Ground breaking, yet hardly surprising for a band of this caliber. The Appleseed Cast has done it again.

"Positioned halfway between The Appleseed Cast's older emo-core style and the more experimental directions of their recent triumphant double CD, Low Level Owl: Volumes 1 and 2, Lost Songs rescues and refurbishes four tracks from 1999 and mixes them together with five brand new recordings. The album succeeds best when the Lawrence KS quartet breaks free from the shackles of their past and sets the controls for the heart of the space rock sun. Singer / guitarist Christopher Crisci sounds more plangent, more pleading, and more convincing cast amidst the swirling guitar textures and dynamic rock flourishes of songs such as Facing North or the driving acoustic guitar maze of Beach Gray. All in all, another excellent release from one of the most adventurous indie bands." - Big Takeover

"'Oh my god!" was my reaction while listening to the absolute stunner of an opening track, E To W, on Lost Songs from The Appleseed Cast. It's a wild, spacey, flowing kind of track in a Spiritualized vein, but with nice weird touches instead of perfect precision. The second track, Peril, Parts 1, 2 and 3 starts off as more of an alt-pop punkish sort of tune, but is slowly evolves into an epic masterpiece with rich textures in the arrangement. Other tracks like State N W/K go back and forth within the same song, alternating between the manic energy of over-the-top emo and an almost ambient pop sound. This is very cool stuff. Highly recommended." - Jersey Beat

"Lost Songs spans the entire length of The Appleseed Cast's career and reveals the multiple approaches they take towards their music. Stylistically, some tracks evoke the sonic landscapes associated with Sigur Ros and My Bloody Valentine, as well as label-mates Logh with their attention to space and willingness to allow the songs to breathe. Lost Songs opens up with the somber E To W, which is the sonic equivalent of watching daybreak in a frigid land. Facing North is perhaps one of the strongest on the disc, with its crunching rhythm broken with moments of pause and subtle effects. Its polar opposite, Novice Ambient Cannibalization assumes an effortless rhythm that is only interrupted with swells and gurgles of electric guitar. If the opening track was watching dawn break, then this is the conclusion of the day. A perfect headphone trip to space out to in a darkened room and watch the stars spin." - Ink19