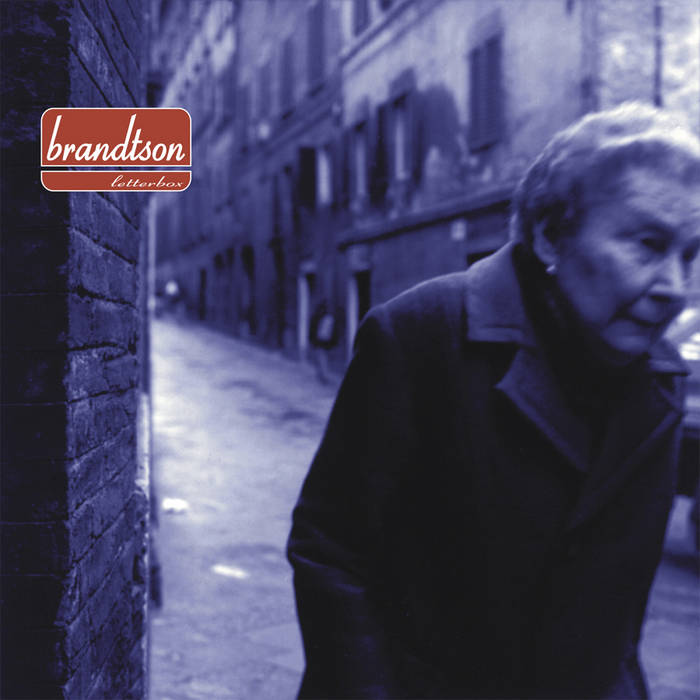 barb1378 Blindspot is one of the songs that pulled me into the indie rock/emo universe. One of the best songs from the genre for sure! Brandtsons entire catalog is fantastic, and this release is no exception! Favorite track: Blindspot.

noidea87 This isn't your super polished pop punk. It's pretty rough around the edges compared to their later stuff, but therein lies its charm for the discerning listener. "Blindspot" was of course later re-recorded for their 2004 album Send Us A Signal. Favorite track: Round 13.

Dark, melodic and hauntingly beautiful, Brandtson explodes with shredding intensity on Letterbox. And they proudly wear their post-hardcore and dare we say pop influences like a badge of honor. Thick, driving, emotional guitars that are sometimes pretty, sometimes surging, sometimes chaotic. Somber yet spirited with introspective lyrics, Brandtson is thoughtful, inspirational and mature beyond their years. Unreleased song "Holly Park" on Emo Diaries 2. (DER-366)

"Letterbox features all the hallmarks of the emo sound: the approach is moody, the dynamics extreme, and the lyrics painfully honest. Song titles like 'Nineveh' and 'Glutton For Tragedy' show that the band also possesses a poetic sensibility. The album's first track 'Round 13' commands the listener's attention with an attack slightly reminiscent of early Social Distortion. "Blindspot" continues the favorable impression with a six-eight groove seemingly borrowed from Weezer's depressed twin brother. This is a great album..." - Pitchfork

"Damn near untouchable rock and roll blasted out from battered amps. Mighty and infectious..the business." - Kerrang

"Angry, melodic and powerful although they occasionally do let up. Brandtson are gonna be THE biggest..." - Fracture

"A maelstrom of dense, tight emo with fire and real darkness. Brandtson can bash out a righteous wall of noise." - Magnet

"There are some bands that play with your heart and soul like if you're a toy doll that can't offer resistance to anything. To me Brandtson is such a band and just grabs you emotionally without any problems. You can try to resist, but it's a fact that you will succumb under the emotional pressure of the hypnotizing emo-pop-rock tunes and the magnificent harmonious interaction of the voices of Jared Jolley (drums, vocals) and Myk Porter (guitar, vocals). Their voices are dragging you along to dreamy dimensions of sadness and joy. It's amazing how a band can make you absorb in their passionate and varying post-hardcore music. I would consider Brandtson a band that you don't listen to, you experience it. Don't offer resistance, try to figure this music out and enjoy the emotional flow." - Nightwork