It's Our Hearts They're After 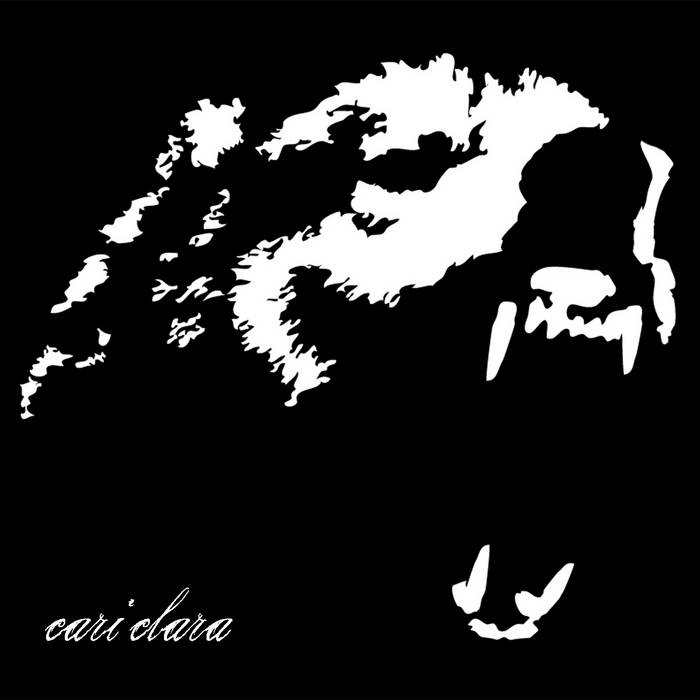 hallowedground777 Reminds me of The Smiths and Radiohead in places for some reason. Somewhat moody and melancholic yet hopeful Favorite track: A Day In The Pharmacy.

Cari Clara has honed a sound that is so moody, transcendent and utterly moving that it demands your attention. Hypnotic in its cohesiveness and buoyed by the general vibe of melancholic hope, it sounds like the soundtrack to a great, complicated love affair that just happens to be peaking on the eve of the Apocalypse. Cari Clara's brain trust Eric Diedrichs proves once and for all that his creations have the poetic depth to appeal to English professors, the raw emotionalism to appeal to Emo kids, the melodic fortitude to draw in Pop music fans and the musical imagination to appeal to Indie music snobs. His golden voice is drenched in yearning and the music is loaded with matching tension and beauty. "Cari Clara has been an exploration into the darker side of myself, others and human kind. This record has a most important message: the ability to have hope in ourselves during hopeless times. The wolf on the cover is representative of common society nipping at the heals of our dreams, trying to steal them from us. I wanted the songs to recall all the dark pieces in each of us and for listeners to identify and realize that we, ourselves, can find a way out" says Diedrichs. Mesmerizing, mysterious and magnetic, It's Our Hearts They're After hits all the right buttons its self-searching melancholy, textural experimentation and poetic lyrics like "we've all got our reasons / even angels got their demons." A perfect choice for the next full moon. (DER-485)

"The New Radiohead. The frontman, Eric Diedrichs, is the brainchild of this American indiepop band. His father was a cinematic composer and his mother a poet. So it isn't hard to imagine that Eric would end up sooner or later making creative, amazing songs. Cari Clara's sound is fantastic: alternative, experimental and ambient pop/rock. When I listened to them for the first time the comparison with Radiohead became immedeately clear. And I'm not the only one who hears it." - Hadrian Est Ou?

"I was somewhat intrigued by the band's list of influences: Radiohead, Muse, Pink Floyd, Elliot Smith, Big Star, Grant Lee Phillips, Beta Band. Cool, huh? And so here I am pretty much astounded by 'It's Our Hearts They're After' and the follow up EP 'You Better Run' by Cari Clara. Why so? Not only do those cited inspirations make sense in the context of their music, they write amazing songs as well. It's Our Hearts They're After is chock full of midtempo, slow burning torch songs that embrace the arcane and arty agendas of post-punk and psych-rock bands throughout the ages. It's one of those rare albums that you'd want to swallow whole, a complete entity that must be savoured from start to end. Gorgeous. You Better Run actually ups the ante somewhat, going all epic and gothic with the inclusion of strings and Edge-like guitar histrionics on the title track, groveling in swampyvoodoo blues on Neither Weapon and A Hand To Shape) and channeling dark ghostly balladry on the Great Departure. If you wanna know what genuine indie rock sounds like in 2010, listen to Cari Clara and you won't go far wrong. Scintillating mope rock, angels would dance to. Simply magnificent." - Power Of Pop

"Listening to the new long-player from Cari Clara, I had a thought that I've had for about fifteen years now. Eric Diedrichs (Cari Clara's brain trust) should be famous. Not because he's a pretty guy (though he is) and not because he has a great onstage presence (he does). Diedrichs has been one of Cincinnati's most consistently good songwriters since his days with power pop faves The Simpletons. On his new album, Diedrichs proves once and for all that his creations have the poetic depth to appeal to English professors, the raw emotionalism to appeal to Emo kids, the melodic fortitude to draw in Pop music fans and the musical imagination to appeal to Indie music snobs. Diedrichs has honed a sound that is moody, transcendent and utterly moving. It's an album that demands your attention; no background music here and not a wasted minute. The album is hypnotic in its cohesiveness, buoyed by the general vibe of melancholic hope. It sounds like the soundtrack to a great, complicated love affair that just happens to be peaking on the eve of the Apocalypse. Diedrichs' golden voice is drenched in yearning and the music is loaded with matching tension and beauty. Diedrichs uses (often effected) drum machines and synths (along with acoustic and electric guitar), but the album is anything but cold and sterile, as the songwriter coaxes organic tones from the technology. With Cari Clara, Diedrichs has pulled off the rare feat of making an album that should stand as one complete piece of art, but the individual pieces more than stand up on their own. And from an artistic standpoint, it hits all the right buttons. Mesmerizing, mysterious and magnetic, this album could just be the one to earn Diedrichs the wider recognition he has so long deserved." - City Beat