It's All A Blur 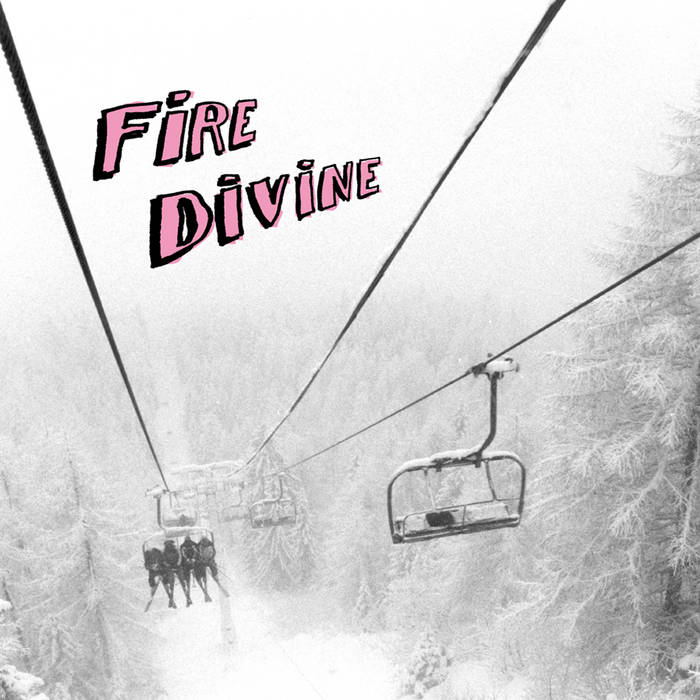 Fire Divine (featuring members of The June Spirit and A Life Once Lost) has achieved the rare feat of bringing that blustery, guttural sound normally confined to smoky bars and dank clubs to compact disc, sans sheen. It's All A Blur features roaring guitars teeming with an array of songful textures and drums with hammer, stomp and bite to spare. There's something to be said for a vocalist like Ian Musgrove, a singer who can instill incalculable passion into a song with absolutely no pretense. Opener 'Clark And Rightwood' leaves no questions unanswered with its guitar revs straight out of Hell's Angels and Ian Musgrove's visceral, emotional vocals. 'Reputation Outlives Application' could rightly be described as melodic mayhem, amalgamating bullet-train rhythms, low-key strumming and mid-tempo fireworks. Fire Divine embodies the spirit and intensity that made rock and roll the vast cultural movement it was at its outset. Sure, it's easy enough to hear the music. But how often do you actually feel it like this? (DER-434)

"It's All A Blur from Fire Divine is another winner on Deep Elm Records. With their debut, the band has nailed the art of recording a sound that is raw yet tight. Listening to the CD with your eyes closed almost makes it seem as if you're standing in a packed venue seeing them live. Their sound is composed of grinding guitar riffs, quick and sharp drumming, passionately raw vocals and harmonious peaks and dips in melody. It's All A Blur will surely win many fans. I know I've been won over." - Skratch

"Fire Divine creates a melodic yet edgy brand of thoroughly emotional music. The hooks on It's All A Blur are abundant and the melodies are infectious, but there are occasional bits of screaming and aggression that give the songs an edge most bands are lacking. For a debut, these songs are raw and intense in all the right ways, offering just the right amounts of both something old and something new." - Amplifier

"Catchy yet intricate, poppy yet powerful, Fire Divine gives us anthems on It's All A Blur for getting through the day. If the opening to the song Smoke And Mirrors doesn't get your fist in the air, time to check your pulse. This EP from Fire Divine is definitely worth a peek." - Flex Your Head

"Fire Divine pump out some bloody intense and powerful yet very harmonious and melodic rock on It's All A Blur. Ripping their debut open with the awesome Clark And Rightwood and Reputation Outlives Application, I had these guys pegged as an intense rock outfit with well placed vocals and screams. But the next two songs roll along in a mid tempo, harmonious rock way, which shows me the range Fire Divine are capable of on this debut." - Pee